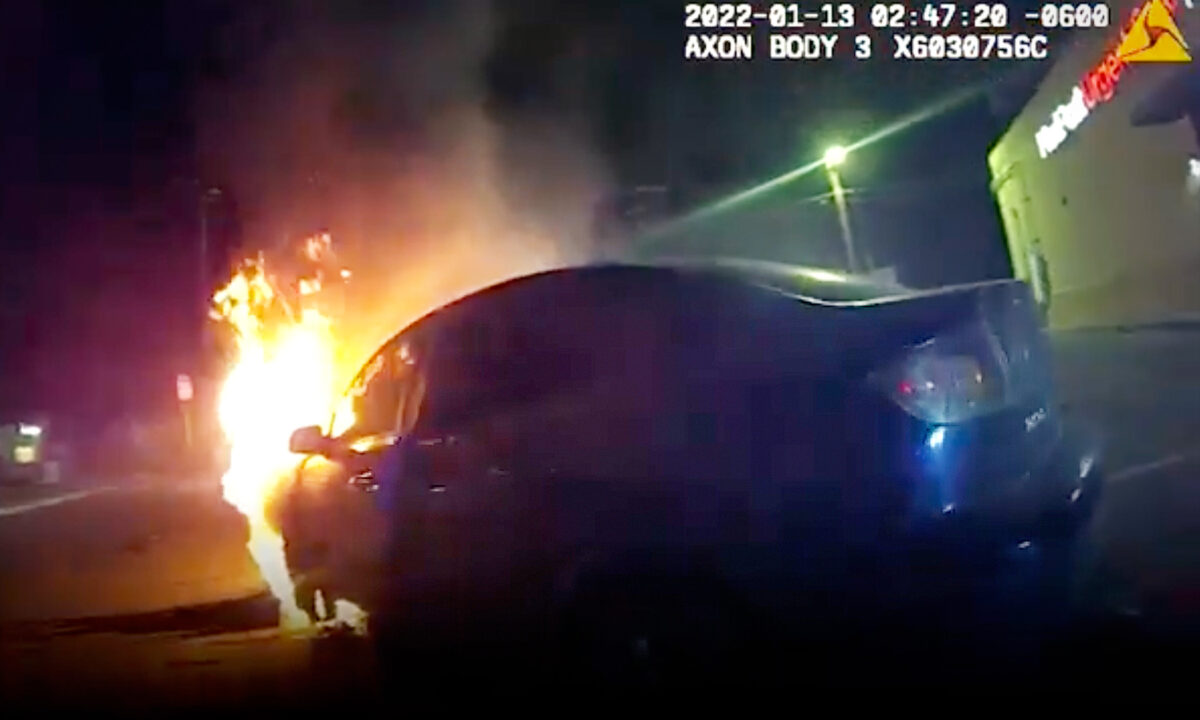 A courageous police officer in San Antonio placed her own life on the line to save a woman trapped inside a burning car.

In the early hours of Jan. 13, Officer Bianca Garcia and two of her fellow colleagues were dispatched to a car that had just crashed and caught fire in a Starbucks parking lot at West Hildebrand Avenue and Fredericksburg Road.

Harrowing footage from Garcia’s bodycam and dashcam shows her pulling up at the scene in the darkness of early morning to witness the orange blaze glowing ominously in front of her.

Knowing the car could explode at any time, the 27-year-old officer threw on a pair of gloves and, nevertheless, rushed toward the car.

The driver had already escaped the vehicle, but bystanders informed Garcia that a woman passenger was still trapped inside.

The officer first tried prying open the passenger side door but to no avail. So, Garcia rushed to the driver’s side and upon opening the door was confronted by billowing flames and smoke.

“I was like, ‘If this thing’s going to blow, let it blow, but I’m going to continue to try to get her out,’” she later told CBS. “I’ve seen plenty of vehicle fires to know tires start to burst.

“But I knew one way or another I was going to get her out.

“I absolutely couldn’t see her at first, all I saw was a bunch of smoke and fire.”

Garcia saw that the woman was unconscious but found her hand and kept pulling until her body was finally freed from the inferno.

With the help of her fellow officers, she pulled the woman to safety.

After the incident, the San Antonio Police Department took to Facebook and lauded the officers for their heroism. They also posted Garcia’s bodycam footage showing the nerve-wracking rescue.

“Officer Garcia credits teamwork by fellow SAPD Officers Jesse Armendariz and Robert Pompa in helping her bring the woman to safety,” the police department captioned. “You can always count on San Antonio Police to respond in any way we know how.”