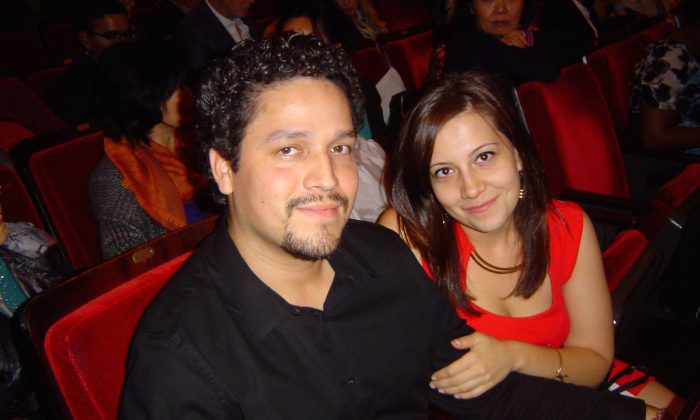 “It’s the best of both worlds,” Mr. Melo said during intermission of Shen Yun Symphony Orchestra’s performance Saturday night at Carnegie Hall. He further explained: “I think a lot of this is the historical significance of the music.”

And promoting the experience of these traditions was exactly the purpose of the concert’s program. Behind all the music of Shen Yun “lies the belief that, like many enduring traditions, classical Western and Chinese music are truly divine gifts,” the program states.

The orchestra is a part of Shen Yun Performing Arts, which is a Chinese classical dance company founded in New York nine years ago to revive traditional Chinese culture. Shen Yun can be translated as “the beauty of divine beings dancing.” The name expresses the company’s aspirations to achieve “an experience so profoundly beautiful that it evokes a sense of the heavens,” as explained in company literature.

The sounding of a Chinese gong gave way to gentle erhu melodies symbolizing goddesses gliding into the scene, before the full orchestra signaled the entrance of the Creator.

“The sound is magnificent,” said Ron Goldschlager, director of the investment group, who had been captured at the first sounding of the gong. He noticed, as the opening went on, that at times the orchestra sounded more Western, and at times more Chinese, but always incredibly traditional, rather than modern, even as it was creating a new sound.

“The first piece was beautiful, that was a real synthesis—creation, of renewing things.”
— Ron Goldschlager

“The first piece was beautiful, that was a real synthesis—creation, of renewing things,” Mr. Goldschlager said, pulling out his program, noting the name of the piece, “Following the Creator to Renew All Things,” approvingly.

Mr. Goldschlager had only come across the concert by chance. He and his wife Mrs. Dina Goldschlager were visiting from Melbourne, Australia, happened to see an advertisement for the concert last week, and decided to attend. As a global businessman with a curious mind and passion for paradoxes, as he penned in a book called “The Mystery of You,” connecting different ideas was second nature to him.

Despite the vastly different traditions of music he heard, “you had a common feeling in the music, in the theme,” Mr. Goldschlager said. “It was a beautiful, beautiful synthesis.”

“The program is very creative. It’s such a medley of a mixture between western and, of course, Chinese music, different periods, different styles,” Mr. Goldschlager said.

By intermission, he had been treated to a piece depicting a story from the classic Chinese novel “Romance of the Three Kingdoms,” another of contemporary China, and a piece that painted a scene of court ladies of the Zhou Dynasty with silken sleeves like water. He couldn’t wait to see the orchestra’s interpretation of Tchaikovsky’s majestic “Marche Solennelle,” which the composer had once conducted himself at Carnegie Hall.