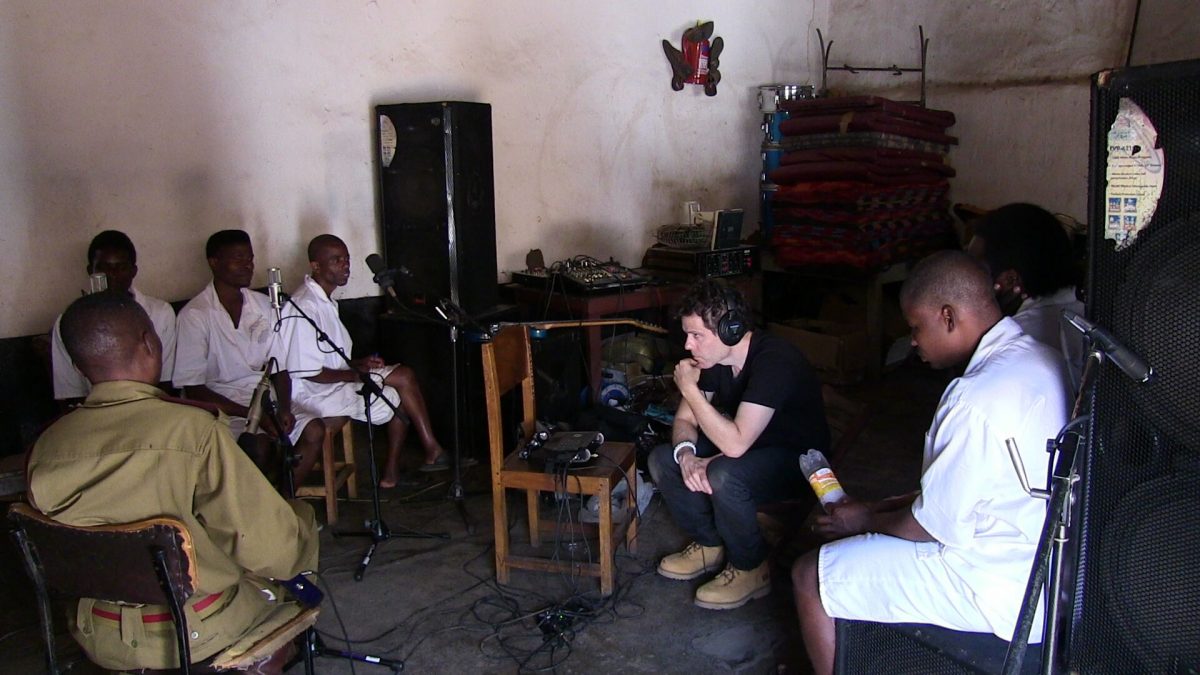 Music Producer Records Prisoners, Gets Nominated for a Grammy

"There's just so much beautiful music in the world that often isn't given the exposure that it probably deserves"
BY Andrew Thomas TIMEMarch 9, 2018 PRINT

Ian Brennan is a music producer who has had a passion for music from an early age, and his career has taken him to many unexpected places as a record producer.

Perhaps one of his most fortuitous productions was the Zomba Prison Project in Malawi.

Brennan is not your typical New York or Los-Angeles based music producer. He travels all over the world, recording music in countries and languages that are not well known internationally.

“I started making records when I was a teenager, and I wasn’t very good at it. I made some bad records, but by doing that I learned how to make records,” Brennan explained to Epoch Times.

Brennan has always been interested in independent and non-commercial voices. Learning how to make records made him even more intrigued.

Brennan and his wife Marilena Delli had been to Malawi before they even decided to record music in a prison. Delli’s mother is Rwandan, and her father worked in the southeast African country for decades. Delli had been doing charitable work in Malawi before Brennan even met her.

“In the last 10 years my wife and I … have very actively and deliberately been going out, to the best of our ability, seeking out projects and music in places that are underrepresented,” Brennan said. Delli is responsible for all of the video and photography for the projects.

It’s an intriguing job, but it takes a lot of guts to go out and find music in places people don’t typically associate with music production.

One of the many ideas Brennan and Delli had over the years was a prison project. For Brennan, it’s not just about recording music in underrepresented regions, but recording music by people who aren’t being represented, perhaps who are even being persecuted.

Brennan believes that prisoners are a group of those underrepresented people in most societies. It was that belief that led to the Zomba Prison Project and the production of the album entitled “I Have No Everything Here.”

Malawi is in southeastern Africa, and is not particularly known for it’s music industry. But it’s places like Malawi that draw Brennan in.

“There’s just so much beautiful music in the world that often isn’t given the exposure that it probably deserves,” Brennan told Epoch Times.

Zomba Prison is overcrowded, and the conditions are astoundingly poor. The prison was originally designed to house 340 prisoners. Today Zomba Prison holds more than 2,000 inmates.

Prisoners are fed once a day, and can go as long as 3 days without being fed at all.

However, the atmosphere is less threatening than one might expect in a maximum security prison.

“The conditions are pretty horrific, but the sense of the place in many cases on an average day is very different than what I’ve known of prisons in America, much less menacing; you know the guards don’t even carry guns,” Brennan explained.

However, there is a prison band, where inmates and guards play music together.

Brennan decided he wanted to record an album, but one that didn’t only focus on the prison band members. He had to encourage other prisoners to sing and play music.

It was that mentality of encouragement that makes “Women Today Take Care of Business,” written and sung by prisoner Stefano Nyerenda, one of Brennan’s favorite tracks.

For Brennan, Nyerenda’s song was particularly memorable because of how reluctant Nyerenda was to participate. Nyerenda was also the youngest of the men to sing or play music for the album.

“He was not a songwriter, and he was extremely reluctant, unwilling to write a song. He did it at the last minute.”

“I think the results were lyrically probably the most sophisticated lyrics,” Brennan told Epoch Times.

The album “I Have No Everything Here” ended up being nominated for a Grammy Award for Best World Music Album in 2016.

Brennan had to encourage prisoners not in the prison band to participate in the Zomba Prison Project.

While the prisoners didn’t entirely understand the concept of the Grammy Awards, it was still an exciting and well-deserved achievement.

One would think that might motivate Brennan to record another album from Zomba Prison, but he doesn’t see it that way.

“We make a point of not doing something unless there’s a real justifiable reason to do it,” Brennan added.

However, when Brennan went back to Zomba Prison with 60 Minutes, he encouraged Officer Thomas Binamo to perform a song while they were there.

Officer Binamo performed a song entitled “I Will Never Never Stop Grieving for You, My Wife.” The track is about his deceased wife.

When Brennan heard that song, he knew there had to be a second record. The second album is entitled “I Will Not Stop Singing.” Where the music will go is unclear to Brennan.

“I don’t know what the future holds. I mean there’s still lots of material, but again I don’t want to be in a position where we’re putting it out for the wrong reasons so to speak.”