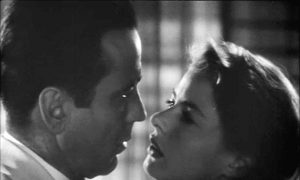 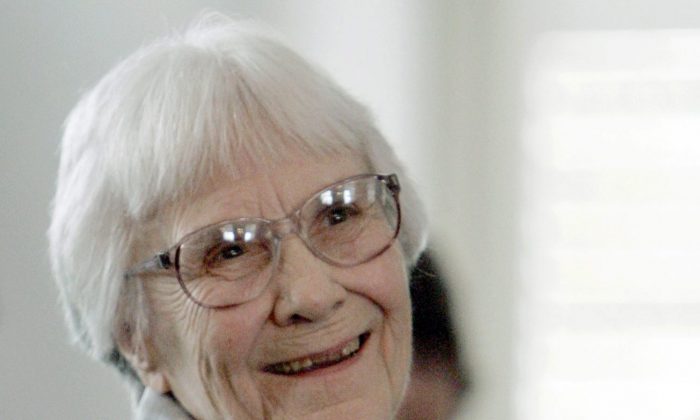 In this Aug. 20, 2007, file photo, author Harper Lee smiles during a ceremony honoring the four new members of the Alabama Academy of Honor at the Capitol in Montgomery, Ala. Lee, elusive author of best-seller "To Kill a Mockingbird," died Friday, Feb. 19, 2016, according to her publisher, Harper Collins. She was 89. (AP Photo/Rob Carr, File)
Arts & Culture

Harper Lee and the Complicated Legacy of Atticus Finch

She only needed to write one novel to earn her place among America’s literary giants. Harper Lee’s singular take on America’s deep-seated racial divide was explored so eloquently in “To Kill A Mockingbird” that it became one of the country’s most beloved novels. Its description of the Jim Crowe south and America’s sanctioned racial divide brought home to many one of the nation’s great shames.

“To Kill A Mockingbird” also gave us memorable characters whose bravery and defiance of segregation epitomized the hope of a free America, devoid of the bonds of prejudice. The story’s moral anchor is Atticus Finch, a lawyer who defends a black man falsely accused of raping a white woman in a small Alabama town in the 1930s. Immortally portrayed by Gregory Peck in the film of the same name, Finch became a symbol of integrity and a beacon of morality for the civil rights generation.

In “Go Set A Watchmen,” Lee’s last and final novel released last year, an elder Finch is portrayed as a racist who has abandoned his liberal views in exchange for narrow-minded bigotry, given to phrases like, “Do you want Negroes by the carload in our schools and churches and theatres? Do you want them in our world?” This about-face devastates his daughter Scout, who has long revered him as a mythical and invincible figure to which she tied her interpretation of the world. To see him succumb to racism and abandon his lofty ideals shatters her image of this man as the very embodiment of impeccability.

And so happens the fall from grace of one of America’s great literary heroes. A guidepost of morality and reason fell to racism and intolerance—a self perpetuated fall that remains unredeemable, especially in today’s racially tense climate of police shootings and border control.

There was much controversy surrounding Lee’s decision to release “Go Set A Watchmen.” Doubt has been cast on whether she possessed the faculties in her old age to make the decision in line with her better judgement.

Whatever the reason she chose to publish “Watchman,” the fact remains that she did, and America is left to deal with the consequences. We would like to believe that Lee knew exactly what releasing the book was going to do to America’s literary psyche by forever challenging the stature of one of its great protagonists. It would be comforting to know that she believed the downfall of Finch would serve as a sort of wake-up call to a still racially divisive America. But we don’t know, and we never will. The answer to that question died last week when Lee passed away at the age of 89.

One can debate the literary merits of “Watchman,” but few would argue that it even comes close to the masterfulness of “Mockingbird.” It lacks the heft and narrative congruity of “Mockingbird,”and it’s questionable that the novel would have ever made print if Lee’s name was not attached to it.

Perhaps Lee saw that despite the advent of civil rights and the abolishment of segregation, America still has a deep seated racism at its core. Recent events in Ferguson and the like have given America pause to question wether racism had been vanquished or merely swept under the rug. Perhaps she took Atticus away from us in order to remind us that even the best can succumb to the pettiness of the world if we are not careful to hold to our ideals and nourish them when we are in doubt.

Her final literary act was to turn America in on itself and face an ugly past that has once again broiled over into everyday life. Now, as much as ever, America needs to look to Atticus Finch, but the sad truth is that he just isn’t there any more. Perhaps Lee meant it as a warning shot—if Atticus Finch has fallen, then the rest of us cannot be far behind.