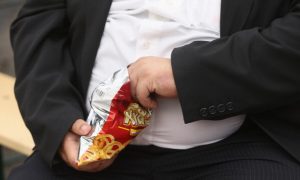 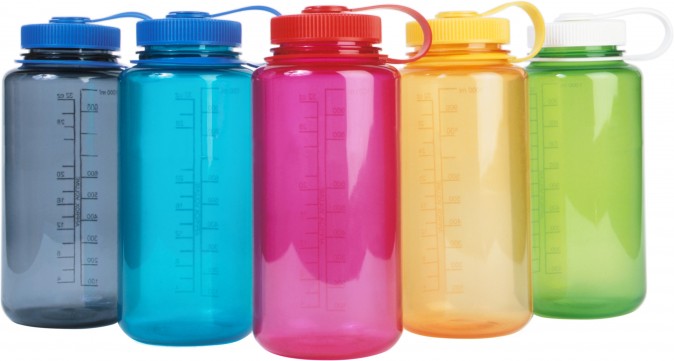 A chemical found in many products labeled “BPA free” may produce many of the same health problems as the original chemical, including hyperactivity and cardiac arrhythmia, according to a pair of studies presented recently at the joint meeting of the International Society of Endocrinology and the Endocrine Society in Chicago.

“BPS, termed the safe alternative to BPA, may be equally as harmful to developing brains,” said Deborah Kurrasch of the University of Calgary, lead researcher of one of the studies. “Society must place increased pressure on decision makers to remove all bisphenol compounds from manufacturing processes.”

‘Safer’ Alternative Not So Safe

Bisphenol A, or BPA, is a widely used chemical that is a known hormone disrupter and has been linked to health conditions as diverse as cancer, obesity, hyperactivity, and reproductive problems.

Growing concern over the health effects of BPA has led many manufacturers to introduce “BPA free” products. Yet many—although not all—of these products rely on a closely related chemical, bisphenol S (BPS).

In the first study, Kurrasch and her colleagues found that zebrafish that were exposed to BPS became hyperactive in a similar manner to those exposed to BPA.

The study was designed to simulate prenatal chemical exposure, such as would occur in pregnant women exposed to BPA or BPS. Researchers exposed zebrafish embryos to the same BPA concentrations found in Alberta’s Oldman River, a major drinking water source. They then counted how many neurons developed in the brain.

The researchers found that fish exposed to BPA had 170 percent more neurons at the time of peak neuronal birth than fish not exposed to any chemicals. Fish exposed to equivalent concentrations of BPS had 240 percent more. In addition, both BPA- and BPS-exposed fish demonstrated hyperactive behavior (as determined by movement tracking software) in a way that fish in non-exposed control groups did not.

The second study, which Wang called “one of the first assessments of BPS’ effect in mammalian primary cells or organs,” found that BPS produced arrhythmia—abnormalities in heart rhythm—in a similar manner to BPA.

Researchers exposed approximately 50 rats to a 1-nanomolar dose of BPS, roughly equivalent to the concentrations that prior studies have found in human urine. The rats’ hearts were stimulated with the hormone catecholamine to mimic a natural stress response, and then BPS was sent flowing through the arteries and into the pumping heart. A control group of 30 rats was treated with catecholamine, but not with BPS.

The researchers found that the hearts of the female rats (but not the male rats) exposed to BPS exhibited a rapid heartbeat (ventricular tachycardia) and extra heartbeats. This problem seemed to occur because BPS caused abnormal calcium cycling in a manner similar to that caused by BPA.

When the researchers blocked the estrogen receptors in the female rats, the BPS-induced arrhythmia eased, confirming an estrogen-mimicking role for BPS, much like BPA.

Notably, the Calgary researchers found that BPA, and perhaps also BPS, might disrupt hormones through pathways other than by mimicking estrogen. In the zebrafish study, BPA actually appeared to mimic testosterone, a predominantly male sex hormone.

Wang’s summary of the Cincinnati research could easily apply to both studies: “Our findings call into question the safety of BPA-free products containing BPS,” he said. “BPS and other BPA analogs need to be evaluated before further use by humans.”

David Gutierrez is a staff writer at NaturalNews.com, where this article was originally published.