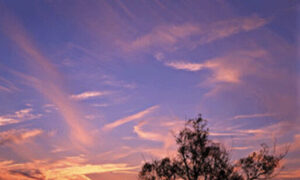 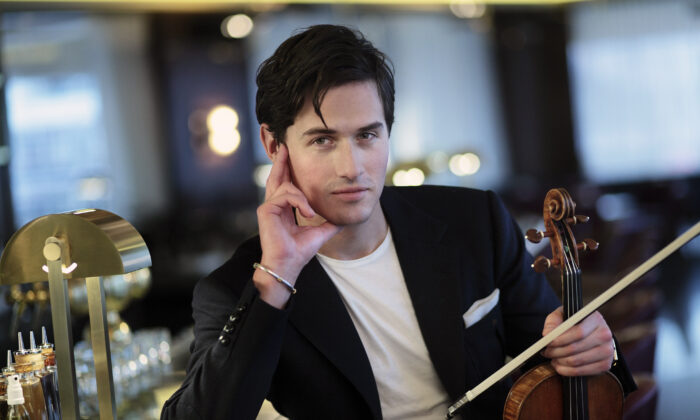 “Life is a journey, not a destination.”

“[That platitude] can be a copout, avoiding the effort you need to pull yourself out of bad moments,” violin virtuoso Charlie Siem told me. “You can be very mediocre if you’re too easy on yourself.”

The 34-year-old British violinist exemplifies the opposite of mediocrity. As a young child, Siem’s mother often played Beethoven’s Violin Concerto on cassette tapes. The simple melodies so entranced the 3-year-old that he picked up the violin, an instrument nearly his own size. Twelve years later at age 15, Siem made his professional debut. For almost 20 years now, he’s played with the world’s finest orchestras and conductors, from the London Symphony to the Czech National Symphony, and from Charles Dutoit to Sir Roger Norrington, among many others.

An onlooker could describe Siem’s disciplined life and practice regimen as a grind—a life full of sacrifices made for music. In his youth, he practiced four hours a day; he now practices two to three. In 30 years, he’s taken off very few days. Siem sees his life very differently from an onlooker, however.

“It wasn’t that I thought I was giving anything else up. I always thought I was gaining something by focusing on one thing, the violin,” he says. “I felt lucky to know what I wanted to do and was able to sink my teeth into it,” he said in a phone interview.

Siem believes that society today too often attacks the idea of excellence.

“Everyone is told not to be too aggressive or competitive. You have to accept and love yourself as you are. I think we all know that’s just not good enough,” he says. “None of us feel good by just accepting things as they are.”

He explains that life inevitably throws you twists and roadblocks.

“The ups are only good because of the downs. The downs are only bearable because there is  hope and a possibility to succeed at some other point afterward,” he says.

Although the standard at each level of his musical journey changes, the required effort and passion remains constant.

“You have to invest in each level 100 percent. You cannot even look at the next level until you’ve mastered what you’re doing right now,” he says. Without that level of dedication and focus, “we feel empty when we start zoning out.”

Siem’s typical schedule of over 50 concerts a year easily motivates and focuses him day after day. He’s in a state of perpetual preparation for his next performance. But without a concert in sight, the quarantine period has tested Siem’s enthusiasm. He’s responded in two ways, both at opposite ends of the spectrum: intermission and immersion.

“When you’re so isolated and you’re so cocooned, it’s just your own little reality … There have been times I’ve gotten lost in that void,” he says. Occasionally, he’s taken a string of days off, a rarity in three decades of daily practice. “Taking time out disconnecting from the instrument and reconnecting with yourself just as a human being in the world, I think, it’s also good for you.”

Siem has taken the days away from his instrument to explore where he is in life, his career, where he’s been, and where he’s heading. With a laugh, he admits he hasn’t received clear answers to these ruminations. But these recesses have refreshed him, inspiring him to engross himself in his craft on all the other days of quarantine solitude.

“The more time you have without concerts almost the better, because you can really focus on your own technical ability, refining it, improving it, really going deeper and having much more time to investigate the repertoire that you played before,” Siem says. “[My] total immersion in music … has forced me to question my interpretation and what it is I’m trying to express.”

After a morning workout and breakfast, Siem video records his violin practice with his phone.

“[I was] treating myself as my own student. [Video recording is] definitely a useful tool that I’ve been using more in this period than I ever have before,” he says.

Reviewing the footage, Siem checks his finger placements and bow resonance, for example. He has seen bad habits and corrected minute inaccuracies.

He could see he wasn’t “vibrating every note,” he says. “There [were] drop-offs in the sound when I think I’m sustaining the sound.”

To further challenge his technique, Siem tackled Paganini scales, arpeggios, and caprices. He believes Niccolò Paganini is the father of violin, whose repertoire of 24 caprices catapulted the violin into the new sphere of solo performer. On Siem’s Instagram account, his fingers move so quickly on these scales at times that they appear to hover above the neck, not actually pressing down.

Bach wrote six cello suites for solo cello and six violin sonatas and partitas, a repertoire that Siem describes as a bible for string players.

“There’s something about solo repertoire. You don’t require an orchestra or complementary players, [such as a] pianist. You’re alone,” he says.

Bach’s music poses many challenges with its different registers and voices dispersed in episodic variation and then returning throughout each piece. Siem’s acute study of his daily practice has provided new insights into his rendition of Bach.

“I feel like I’m expressing something that is coherent, that has an architecture in terms of a beginning, middle, and end of the narrative within a phrase. Yet when I listen from a distance, I see that actually I haven’t conveyed it all and there are holes in the interpretation,” he says.

After smoothing out these gaps, the final sound and his connection with the music became  “transformative, otherworldly, or certainly transcendental.” Bach’s works allow “access to another kind of realm.”

Bach’s music echoes his unique starting point, philosophy, and ethic. His wisdom encapsulates the journey of a musician more than a feel-good platitude.

“I worked hard. Anyone who works as hard as I did can achieve the same results,” Bach said. “The final aim and reason of all music is nothing other than … the refreshment of the spirit.”

To that, Siem may agree. Above all, Siem craves sharing that deep, even spiritual connection with his audience again.

“When I get back on stage, I look forward to recapturing that magic,” he says. “Having had all this time out, I really appreciate what it is that I do. I’ve got to squeeze out every little drop of value and juice from that experience.”