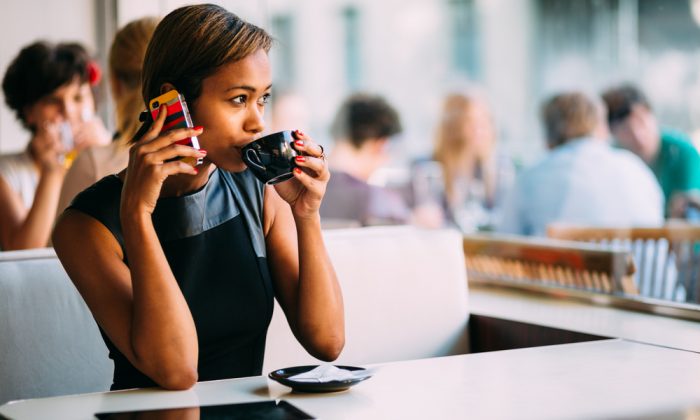 Hard Evidence: Does Fertility Really ‘Drop Off a Cliff’ at 35?

Everyone’s favourite property expert and house hunter extraordinaire, Kirstie Allsopp, raised some eyebrows when she recently suggested that women’s fertility “falls off a cliff” when they hit 35. Her argument was that women should prioritise pregnancy and childbirth before careers. But does fertility really drop so quickly as women age – and specifically after 35?

Female fertility does fall with advancing age and, at the same time, the likelihood of losing a pregnancy increases. There are biological reasons for this. Women are born with a finite number of eggs, or oocytes, within the ovary. As women age both the number and quality of the remaining eggs declines. However, there is no “cliff” – rather a gradual decline.

Fertility is defined as the rate of childbearing in a population. It remains relatively stable up to the age of 30, with about 400 pregnancies for every 1,000 women (40%) not using contraception for one calendar year. It then begins to decrease until around the age of 45, when only 100 women will conceive for every 1,000 (10%) not using contraception. Miscarriage rates also steadily increase. About 10% of women will miscarry at the age of 20, compared to 90% or more at 45 years of age or older.

Studies have shown that 82% of couples will conceive within a year of trying and that this rises to 90% after two years where the woman is in the 35–39 age range. These figures are not that dissimilar to those seen in women aged 19–26 – 92% of whom conceive within one year and 98% within two years. These figures show that most couples fall pregnant in the first year and of those who do not conceive, about half will do so in the second year. This is why couples should seek assessment and referral to a fertility clinic after trying for 12 months. At this stage tests can be undertaken to exclude obvious problems and if reassuring, the couple can continue trying for that second year.

When we look at age it is not only fertility and pregnancy outcome that we must consider. The maternal risks associated with pregnancy also increase, especially in women aged 40 or more when there is an increased chance of death. One of the main risk factors is hypertensive disease (heart problems that occur because of high blood pressure) which is twice as common among women aged 40 or older compared to younger women.

The risk of delivering a low birth weight or preterm infant is also increased in women in their 40s and about 1% of babies are stillborn. However, most pregnancies proceed uneventfully and women should be reassured that even after 40 the majority will not have complications and will deliver healthy babies.

It is probably more important to understand is that each and every woman’s fertility is different at the same age and, to some degree, impossible to predict.

In developed countries about one in seven heterosexual couples are affected by infertility. Some will require assistance either because they have not conceived within two years or because there are identifiable problems such as blocked Fallopian tubes, endometriosis, polycystic ovaries, and/or low numbers of poorly motile sperm.

IVF was introduced to bypass tubal problems and ICSI, where a single sperm is injected into an egg, to address fertility problems in men. Both ultimately involve the transfer of an embryo, or fertilised egg, back into the woman.

We cannot predict which couples will need IVF but the chances of successful treatment do fall with advancing female age and more so from 35. Pregnancy rates are fairly stable (30-35%) for each embryo transferred up to the age of 30, but then fall to 20% by 40 and are only 5% by 45. But women who elect to have an egg from a donor maintain the higher pregnancy rate seen in younger women (30-35%) and the much-reduced risk of miscarriage and foetal abnormalities. This is why to be an egg donor you must be younger than 36.

Taking referral, and the work up required before IVF, a woman using her own egg ideally needs to start trying in her early 30s to ensure she is treated before she turns 35. In the UK, NICE recommend three cycles of IVF on the NHS, but only one between the ages of 40 and 42.

For IVF, then, a woman’s age does start to become a consideration. Having a family is a very personal decision, and timing is just as important. Neither should be influenced by age but we cannot ignore biology or IVF statistics. But there are no guarantees – trying at an earlier age might increase your chances but it still won’t work for everyone.

The best two tests to predict how a woman will respond to ovarian stimulation drugs appear to be one that measures a hormone known as AMH and an antral follicle count scan. Each follicle contains and egg and produces some AMH so a high measure of either indicates a better response to drugs and IVF success. People are increasingly using these tests to try to measure fertility and predict its end. But they weren’t developed to assess a woman’s fertility, and there are no robust studies to support such predictions.

Even the Menopause Isn’t Sudden

The ultimate fertility “cliff” that all women face is the menopause – or final period – which, for most women, lasts many years. Most women enter the menopause in their late 40s or early 50s. Fecundity in the time leading up to the menopause, known medically as the peri-menopause, is low but women require contraception as pregnancies still occur.

So when should women try for a family? Taking everything into consideration, the best compromise would be the decade between 25 and 35, as Linda Heffner has suggested. Clearly this is neither appropriate nor opportune for all women but gives some guidance for those who have choice. An increasing number of women are having IVF and freezing their own eggs as a back-up. Social egg freezing is not only increasingly in popularity but has also become a much more successful process, with 80% of eggs now surviving the process.

So what does this all mean? The take home message is that yes, fertility does fall with advancing age but there is no “cliff” – most couples will conceive within one to two years of trying, even at 40.

Nick Raine-Fenning works as a consultant for Merck Serono, GE Healthcare and Ferring. He is a minority share holder in Nurture LLP. This article was originally published on The Conversation. Read the original article.