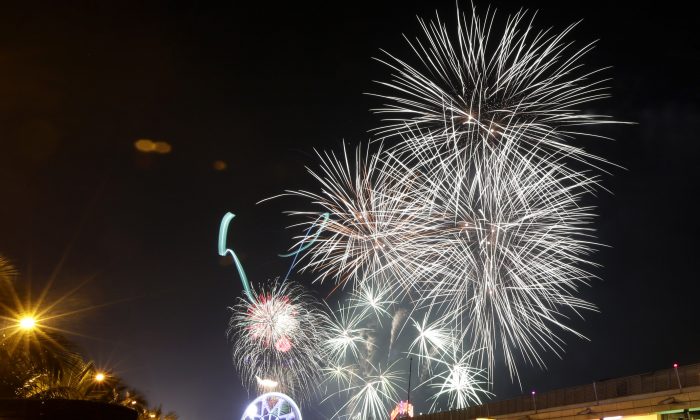 Happy New Year Wishes 2014, and Traditions From Around the World

It’s hard to believe that 2013 passed by so quickly. Whether it was a great year, a good year, or a not-so-good year, it brings a certain comfort that the year is over (for some) or about to be over.

The new year represents a new start, or a chance to continue momentum built in 2013.

Many countries have adopted the ancient Chinese tradition of setting off fireworks to celebrate the old year and usher in the new.

Other traditions around the world include:

-Filipinos wearing polka dots, because the circle represents prospering, while they also keep coins in the pockets to jangle “to attract wealth,” according to Filipino blog Tagalog Lang.

-Kissing people as the clock strikes midnight. This tradition comes from ancient Europe, where people believed that failing to kiss someone would portend a year of loneliness, according to the Montreal Gazette.

-Enjoying a feast that includes black eyed peas, a tradition in many black congregations across the United States, according to Food as a Lens editor Frederick Douglass Opie. He says that the tradition started after slaves were declared set free as of January 1, 1863. People began enjoying the feast after they attended church.

-Bringing in the New Year in Times Square in New York City. This tradition began in 1904, and is now infamous among New Yorkers because people must wait inside the crowded area for many hours before the clock strikes midnight. Many of the people who gather in the square are tourists.