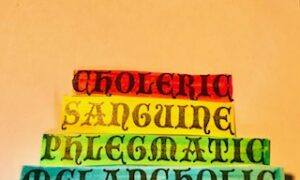 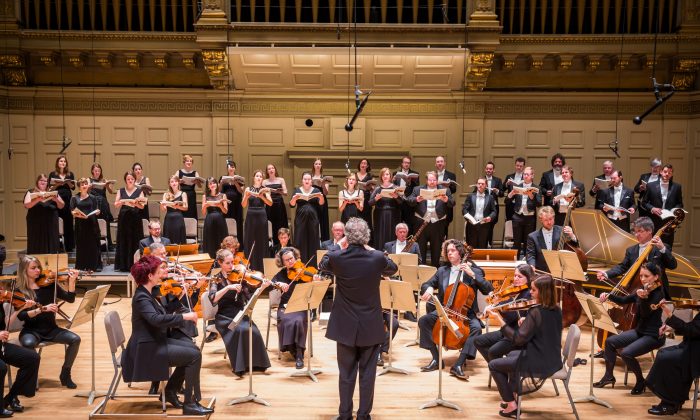 A Composer’s Bid for Rome Resurrected

At the turn of the 17th century, the great composer Claudio Monteverdi was stuck in Mantua, Italy, writing for the court of the duke and possibly feeling bored. He began composing a set of sacred works, and, after they were published, made a secret trip to meet with the pope, likely to vie for the position of maestro di cappella in Rome.

The meeting never happened, but his work “Vespro della Beata Vergine (Vespers for the Blessed Virgin),” now known as the “Vespers of 1610,” showcased the full range of Monteverdi’s skills and all of his inventive styles.

“He wrote this as his calling card,” said early music conductor Harry Christophers, who has recorded over 120 titles and won awards including the coveted Gramophone Award for early music. “The Vespers, to me, is one of the finest pieces of sacred compositions, alongside the ‘St. Matthew Passion’ or ‘Messiah.'”

“To me, it gives us everything about Monteverdi,” said Christophers, who sees his role as one of resurrecting great works. The Vespers shows Monteverdi as the pioneer of opera, as the composer who bridged the Renaissance and baroque styles, and as an expert in sacred music through the various ways he set the text. “It is grandeur, intimacy, incredible virtuosity. It’s moments of great praise, [and] moments of incredible prayer.”

Although Monteverdi didn’t get the job in Rome, soon the maestro di cappella position at the Basilica of St. Mark in Venice opened up, and the job was his.

On April 8, Christophers will lead the Boston-based Handel and Haydn Society in a large-scale rendition of the Vespers at the Metropolitan Museum of Art. It will be the 202-year-old group’s first performance in New York since 1996.

The performance will take place inside the Temple of Dendur, a Roman-period Egyptian temple that depicts Caesar Augustus of Rome. The temple is over a millennium older than the Vespers, but at the same time set within a modern space in the museum. This bridging of eras encapsulates the composer’s work for Christophers.

Ironically, for the better part of the last 300 years, this old work was little understood and therefore not performed, but today early music is seen as more exotic and may be attracting younger audiences than the mainstream classical and Romantic repertoire, Christophers said. This is seen more in Europe, but North America may see the same pattern of a slowly growing interest turning into a sudden explosion.

“I think what we’ve shown is stripping off the cobwebs off these famous pieces and actually bringing this music to life,” Christophers said. Imagine, he said, the court intrigue in Mantua at the turn of the 17th century, and the artistic activity in Venice that earned it the moniker of the “Republic of Music.” This period comes to life for Christophers when he hears the Vespers.

When Monteverdi wrote this work, which he may not have ever heard performed in its entirety, he gave instructions for various orchestrations, depending on the number of performers available.

In its fullest form, the Vespers calls for seven solo vocalists; a choir large enough to divide up to 10 voice parts and sometimes to function as two separate choirs; and 10 different instruments: violin, viola, cello, violone (double bass), cornetto (a curved, wooden instrument), sackbut (early trombone), dulcian (early bassoon), recorder, baroque harp, and theorbo (long-necked lute). It has 13 movements over 90 minutes, and it contains both sacred and secular texts, including sonatas, psalms, hymns, motets, and Gregorian chants, with both solo vocal and instrumental movements.

“So you’ve got a plethora of things to work with,” Christophers said. Monteverdi gave instructions for staging a smaller-scale performance, and some performances will feature different instruments substituted for the original parts. “You’ll find every single interpretation completely different.”

The Handel and Haydn Society, which specializes in historically informed performances, is presenting the full work with the full instrumentation Monteverdi described.

“It’s just an iconic work in so many ways, and it just deserves the grandeur he gave it,” Christopher said.