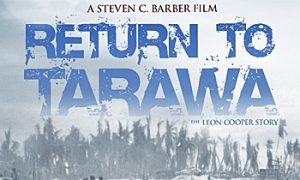 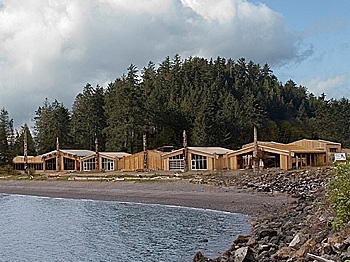 The Clan Parade outside the Greeting/Welcome House at the Haida Heritage Centre. (Rolf Bettner)
Travel

By Joan Delaney
Print
The long-awaited Haida Heritage Centre, 15 years in the making, finally had its official grand opening on Saturday.

Located in the seaside village of Kaay Llnagaay in Haida Gwaii (Queen Charlotte Islands, British Columbia), the centre sits on land that was set aside for the facility over 30 years ago.

Although the centre has been in operation since July 2007, the official grand opening marks its full completion, including new exhibits in the Gwaii Haanas National Park Reserve and the Haida Heritage Site.

The opening ceremony began with remarks by Haida elders, hereditary chiefs and Bill Fisher, director general of Western and Northern Canada for Parks Canada who spoke on behalf of the federal government, according to a news release.

"Our community has dreamed about and planned for this day for decades,” said Miles Richardson, CEO of the centre.

“This marks an important transition and emphasizes that we are not relics of the past—we are a modern, living, breathing people. While we think of the centre as being world class, we strive for a higher level: Haida class."

Richardson thanked the provincial and federal governments, community members and other partners for their contributions which helped bring the centre to fruition. A message from Premier Gordon Campbell was also read at the ceremony.

A highlight of the ceremony, which included Haida dancing, was the unveiling of the “Heart of Canada Pole,” which will reside in the Pole Gallery in the Haida Gwaii Museum.

Starting in Winnipeg, the pole had toured 15 cities before arriving in Haida Gwaii. While the master carver was Reg Davidson, more than 175,000 people had a hand in carving it as it made the journey to its permanent home.

Guujaaw, president of the Council of the Haida Nation, said during the ceremony that the Centre “highlights the long-standing relationship our people have with the land.
This facility will be measured by how relevant it is to the people who live here. Then when visitors come here, I think they will appreciate it all the more."

The day began with a Haida Clan Parade with many dressed in full regalia, wearing traditional Haida button blankets, vests, and woven hats. Drumming and singing, the participants welcomed three newly carved Haida canoes that arrived for the occasion.

The festivities ended with a seafood barbecue and two performances of the Haida language play Sinxiigangu, meaning "Sounding Gambling Sticks.” The play features both youth and elders, creating a work that can be used to help save the endangered Haida language.

For more information on the Haida Heritage Centre, go to www.haidaheritagecentre.com.