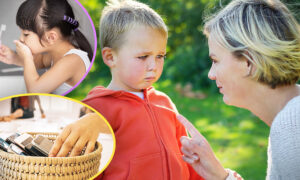 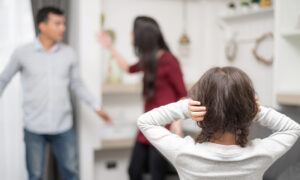 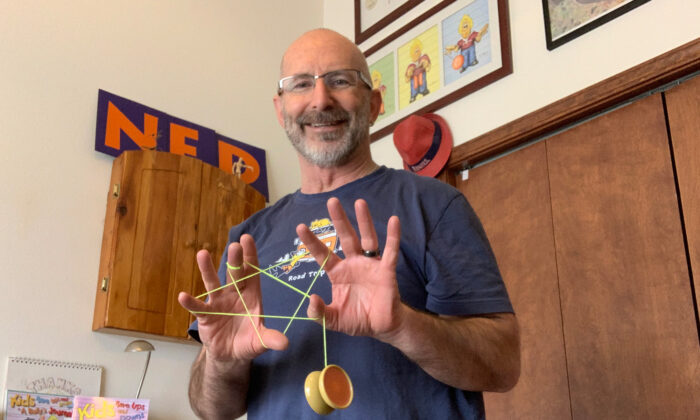 Clyde Heath is the author of book series "Kids Have Ups and Downs Too!" He strives to convey to children that they have the ability to make good choices despite the circumstances. (Courtesy of Clyde Heath)
People

Life can be like a yo-yo sometimes—full of ups and downs. Nobody knows that better than Clyde Heath, who’s used his story of a tumultuous childhood to help kids make good choices.

Heath’s home life growing up was turbulent, to say the least. His parents divorced when he was two years old, and his mother was consistently finding and leaving different men. He lived with his grandma when he was in elementary school, but she passed away when he was 10. And yet, despite an unstable home life, Heath learned to make good choices.

There were instances where he wouldn’t see his mother for days at a time. She would call and let him know she had to work, but Heath suspected she was up to something else.

“She would marry a guy who was either an alcoholic, or a drug addict, or abusive—or sometimes all three. The rule was if you hear some yelling and screaming or some things breaking, it was time to get under my bed, so that was the routine. I would get under my bed to try and stay safe. It was always a violent home,” Heath said.

In order to cope with his home life, Heath participated in after-school programs. It was there that he was introduced to Duncan spin tops. When life got out of hand at home, he would go outside and play with his spin tops. Playing with the toys kept him focused, and his interest took him to several competitions in southern California; he even won a city championship in Santa Ana.

Meantime, his older brother was always getting into trouble. At age 15, he was already stealing cars, and the trouble he got into gave Heath an example of what not to do. Instead of teaming up with his brother, he got heavily involved in baseball and focused on sports.

“In my own mind, I had already said for some reason, that was not the way I wanted to live. I grew up with examples–watching the things around me and thinking it’s just not the right thing to do,” Heath said.

When Heath’s grandmother passed away, he went back into his mother’s care. His baseball coach, who was like a father figure to him, became a mentor. He had always told Heath’s mother that if they needed a place to stay they were welcome. A couple of years later, Heath and his mother’s car broke down; his coach sent money for them to buy a used car. They also ended up staying at the coach’s home.

Heath’s coach didn’t want him to leave with his mother, and Heath and his family ended up staying at his house for a year when he was in the eighth grade. His coach had conditions for his mother if she wanted to take him back—she had to get a job and a place to stay. Eventually, Heath went back to live with his mother in ninth grade.

Unbeknownst to Heath’s coach and his family, the place where Heath’s mother was living was a rundown motel, and drugs and prostitutes were commonplace. She had met another man, and the night Heath arrived at the hotel, the man took them for a ride in an old, restored Bentley. That same night, there was a knock on the door. When Heath opened the door, there was a SWAT team with their guns drawn. His mother’s boyfriend had broken out of prison and stolen the Bentley, and the SWAT team came in and arrested him.

“The irony is they had released me to my mom thinking she was back on her feet, when actually she was back in the same scenario I had grown up in. I guess a little bit worse,” Heath said.

At the end of Heath’s freshman year of high school, he and his mother experienced yet another traumatic event. Heath had been away for the weekend, and when he came home, he knocked on the door. His mother opened the curtains slightly, and all he could see was a bloodshot eye. A man she had met the night before had beaten her so severely that Heath almost couldn’t recognize her. The same man returned the next night and broke all of the windows of their car.

During Heath’s sophomore year, his mother met a man who was somewhat decent. He was able to provide for them and his own two sons, and Heath’s mother started to stay home and become more responsible. Heath started playing guitar and participated in a variety of sports, including football, basketball, swimming, baseball, and badminton. He also continued to attend church.

“The rest of high school was pretty stable. I was involved in my youth group a lot, and that kept me pretty straight and narrow for my high school years,” Heath said.

After high school, Heath enlisted in the Army, and after he was honorably discharged, he began a career in aerospace working on the guidance system for the Peacekeeper Missile Program as a methods analyst and program element manager.

In 1982, Heath, then 22, and his brother-in-law went to a frisbee and footbag festival. Footbag is a sport also commonly known by the brand name “Hacky Sack.” They eventually met the founders of the sport, who offered to come to his town to teach a footbag clinic. Heath ultimately became a certified footbag instructor.

Heath got laid off from his aerospace job in the late 1990s. While praying one day, he heard a little voice that told him, “You’re going to minister the kids, and you’re going to have to fly to do it.” He only shared this experience with his wife a couple of years later.

Heath didn’t know what the words meant at the time, but in a few years, in 2003, he received a call. That week, his wife had prayed and asked God to give Heath a job that would be unique, involve travel, and would make good use of his childhood experiences. His former career in aerospace had been unique, and he thought he could leverage the adversity he had experienced as a child to help kids.

The prayer was answered, and he was offered an interview at an educational performance company and was given a box of yo-yos. Shortly after, he started to learn basic tricks to present a 45-minute character education assembly at schools across the country and the world.

The show consists of a 45-minute biblically based character education assembly program and begins with a 12-minute story using yo-yo tricks, followed by humor and character education. The storytelling, humor, and message that kids can become champions are the kids’ favorite parts of the show.

“We’re able to tell a positive character-building message through fun and humor. It’s not your typical classroom environment within a school assembly,” Heath said.

Heath visits two to three schools a day, and has traveled to England, Australia, Tasmania, New Zealand, and Canada, and 38 states in the United States. He performs at 450 schools a year, and has educated 1.6 million kids on what it means to make good choices. Once schools open again, he plans to continue performing the show.

Heath hopes kids are encouraged to make good choices, and his passion for working with kids motivated him to write a series entitled “Kids Have Ups and Downs Too!”—a play on words for yo-yos. The first installment in the series recounts Heath’s life growing up, and how he learned to make good choices despite his home, neighborhood, and school life, which is a theme throughout the series.

“I felt like it was my obligation whether it be to society or to my community—the things I went through as a kid were not for nothing. There was something to learn from every incident,” Heath said.

The second book in the series “Kids Have Ups and Downs Too! A Bully’s Journal” examines the bully’s perspective. Heath’s character and protagonist, Booker Weed, befriends the school bully and ends up helping him turn into a different kid largely by playing footbag with him.

His next book, “Kids Have Ups and Downs Too!: A Road Trip,” will be out this fall. His protagonist Booker Weed travels to Character County and visits the cities of Respect, Caring, Fairness, Responsibility, and Honesty. When children read each chapter, they learn the meaning of each character trait. By the time Booker Weed gets through the fifth city, he has learned what it takes to be a star.

Each book has a few blank pages at the end so if something in the stories resonates with a kid, they can write about it.

“I want my kids to understand that no matter what’s happening in our home, in our neighborhood, or with their friends, they have what it takes to make good choices,” Heath said.