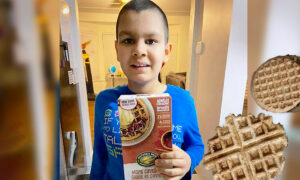 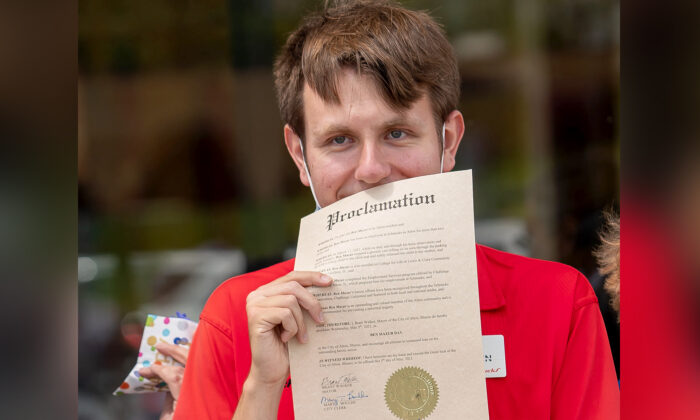 Grocery Store Worker With Autism Saves Baby, Gets Honored With a Day Named After Him

An Illinois grocery store worker recently received an award of honor and a surprise proclamation from the city mayor for his heroic action of saving a toddler in a runaway cart.

Ben Mazur, 24, who is on the autism spectrum, is an employee of Schnucks in Alton.

Mazur was on his usual routine of collecting carts outside the parking lot in early March this year when he noticed something unusual, reported FOX 2 News.

Mazur saw a cart rolling down a hill unguarded, with a toddler comfortably tucked inside.

The cart had accidentally slipped away unnoticed as the toddler’s mom was putting her other kids into her car, according to the report.

All the while, cars were moving in and out of the parking lot, which put the life of the baby at great risk. Luckily enough, Mazur didn’t hesitate and acted quickly to control the rolling cart.

And his brave action didn’t go unnoticed. On May 5, he was in for a big surprise when Alton Mayor Brant Walker declared the day as Ben Mazur Day.

Coincidentally, May 5 doubles as Mazur’s birthday, which made the surprise even more special.

The mayor’s honor offered his family and friends an awesome opportunity to celebrate their beloved hero’s bravery in the most special way possible.

Mazur, who’s long had the heart to help people, has been working with Challenge Unlimited, an organization that assists people with disabilities to secure employment opportunities.

“I wasn’t surprised because I feel like it’s Ben,” Evans told the news outlet.

“It just made me feel so good because he is outstanding and I know he is going to continue to do great things.”