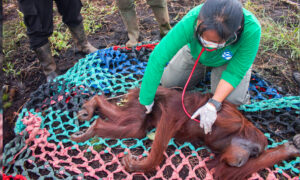 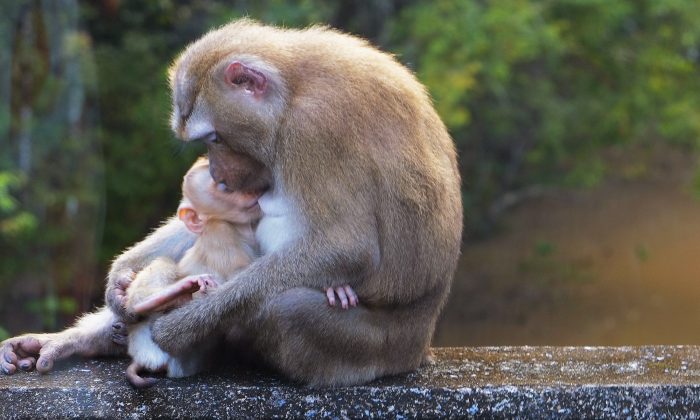 A mother’s love is undeniably a beautiful thing that knows no bounds—and maternal instinct transcends the human race, extending into the wild animal kingdom. Moms of almost all species will do everything in their power to protect her child from harm.

A photo of a mother monkey holding her seemingly lifeless baby is a testament to this. Professional photographer Avinash Lodhi, from Jabalpur, India, captured the anguished mother’s intense emotions in 2017.

That day, Lodhi happened upon a group of monkeys scurrying about when he spotted a mother monkey crying out among them, as she clutched her limp infant in her arms.

“When I was returning I suddenly saw a group of monkeys rushing here and there,” he said, recalling the encounter. “I decided to sit down and watch their activities. I wanted to capture some pictures of them, even though I was losing light, but I managed to capture this. It was so quick I didn’t even know what was happening when I took the picture.”

To most people the sky is the limit. To those who love flying, the sky is home….SPITI…🇮🇳

Fortunately, the mother’s stress and sorrow did not last, as her baby had apparently only tripped over, and it quickly sprang back up after the shot was taken.

“I AM ALIVE,” Lodhi wrote on Facebook after the photo was posted online. “And this is how the little Monkey Recovered Himself.”

“Many People asked me the question that how we believe that the little monkey is not dead,” he continued. “So the picture is for u guys.”

I AM ALIVE………..And this is how the little Monkey Recovered Himself….Many People asked me the question that…

“This picture is very close to my heart because throughout my entire photography career I have never seen anything like this,” Lodhi shared, alluding to the heartbreaking photo, according to media reports.

“It was so quick I didn’t even know what was happening when I took the picture but as soon as I confirmed the image I was silent for an hour,” he added. “This moment is rare, especially with animals.”

Among some of the other photos Lodhi has taken involving motherhood is a cute baby monkey kissing its mom, which he also posted online. “It’s the kind of kiss that inspires stars to climb into the sky and light up the World,” he wrote.

“The activities and emotions of monkeys always amaze me,” Lodhi told Caters News Agency. “I’m always happy to watch and photograph them.”

It's the kind of kiss that inspires stars to climb into the sky and light up the World….© Avinash Lodhi