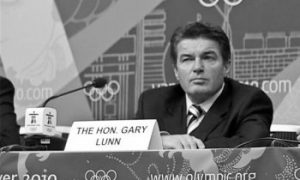 Like a pearl necklace draped across the neck, Greek city-states lined the coasts of the Mediterranean sea at the height of its influence. In 460 BC Pericles heralded in a golden age in Athens. Music, art, mathematics, governance, and trade flourished.

Greek civilization waxed and waned through its long history. The Greeks fought invaders, fought against each other, and under Alexander, forged an empire stretching to the Indus river. In 86 BC a Roman army commanded by Sulla marched on Athens and smothered the Achaean League.

Greek culture was so pervasive, so rich, so well-recorded that its heart still beats, and Greek culture carried itself to posterity as the golden age of Western civilization.

The Greek city-states often competed for the grandest temples and vied for the most decadent cities. The Olympics, started in 776 BC, fueled a healthy competition to be the best. The Greeks, though, simply loved art. Over 100,000 vases, scores of monuments, odeums, statues, and texts survived history.

Greek art went through many different periods in its evolution. From around 900–700 BC was the Geometric period in Greek art. The name arose from the geometric symbols used on the amphoras and vases discovered at that time. People were represented as triangles, and horses were often depicted as large horizontal rectangles. Most pottery discovered was used as funeral dedications, commemorating the life of the person who had died, depicting their status and deeds.

During the time of the Archaic period (700–480 BC), Greece was developing its fledgling democracy, lyric poets, accompanied with stringed instruments, rhymed out songs and elegies.

To the south, the Egyptian empire flourished on the banks of the Nile River. Egypt influenced early Greek art heavily. The Greeks developed their own style later on with free standing statues. Egyptian statues were usually resting against stone. Both shared the same style of deep, dark eyebrows and heavy-set features.

The Greeks had taken stone carving to new heights. From free-standing figures, also arose motion. Legs and arms were bent, expressions so detailed were carved into the face, stone became cloth that draped and folded, the human figure was portrayed almost perfectly. The Greeks turned stone into flesh and crafted the finest sculpture the world has ever known.

The Hellenic period came about with the fall of Alexander the Great, Greek art traveled with him. Statues of Buddha Shakyamuni in India and Afghanistan show Greek influence. He was carved in realistic detail combining Eastern ideas with Western art.

After the Persian wars that united Greece under one rule, the Greeks fought each other. The Peloponnesian War saw kings and tyrants rule the city-states of Greece. Art at this time became exaggerated. The Classical era tried to capture the human body as accurately as possible. The Hellenic period was one of embellishment and contrasts. Muscles on statues were embellished, the anatomy of the person was altered to take a normal figure and bring it extra-ordinary features.

The kings of Greece lavished in the arts of the Hellenistic era. Athenians crafted beautiful pottery, Spartans were renowned for their ivory works. The Romans adored Greek art and sculpture, and the wealthy and affluent used them to decorate their villas. Romans eventually eclipsed the Greeks in military might and influence in the Mediterranean. The Roman Emperor Sulla marched on Athens in 146 BC and brought the Greek kingdoms to an end.

After centuries of Roman influence and rule, Greek culture and its artistic styles nearly disappeared. It wasn’t till after the medieval era when the last of the Roman Empire fell, that the art of ancient Greece was revived. The renewal of interest in Greek art spurred on the Renaissance.

Greek sculpture reached the pinnacle of capturing the human form perfectly. The techniques of the ancient Greeks are still used in arts academies to this day.