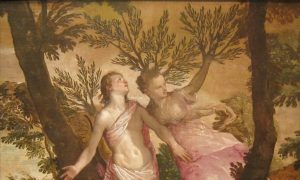 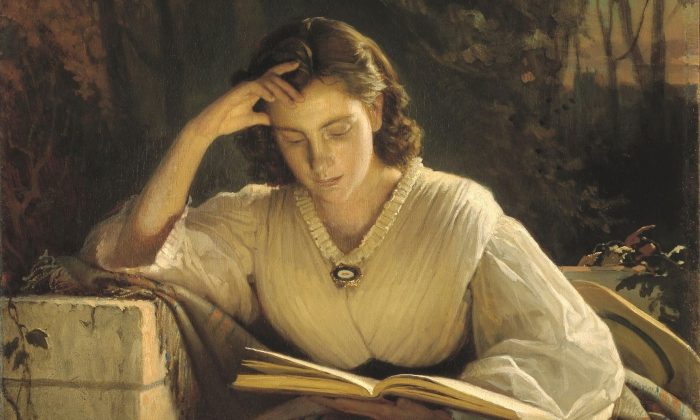 A detail from “Reading Woman” (portrait of artist's wife), after 1866, by Ivan Kramskoy. (Public Domain)
Literature

Great Books I Wouldn’t Want to Be In (And Some I Would!)

Just for fun, I thought I would imagine what it would be like to be a character in the works of a selection by well-known authors. I imagined myself being an inhabitant in the world and story the author created, not always the protagonist, and not necessarily as myself. It turns out, I would not like to be in many of them as much as I enjoyed reading them.

What follows is my rating of each. The authors are listed chronologically by the dates of their birth.

There are many unpleasant ways to die in “The Iliad” or “The Odyssey.” I would consider myself lucky if I were killed off in the Trojan War in “The Iliad” rather than head home victorious, say no to drugs, resist the temptation of the siren song, avoid becoming a Cyclops snack, skirt a whirlpool while at the same time not being swallowed by the six-headed Scylla, to ultimately be drowned in a sea storm as punishment for eating a steak. Call me weak.

Basically, in “The Canterbury Tales,” I get to go on a long pilgrimage on foot, to the shrine of Thomas à Becket, with a passel of mix-and-match mates, telling and listening to entertaining tales along the way. Accommodation in inns is assured, and the whole thing is entirely voluntary. What’s not to like?

I’ll go with his comedies, but pass on his tragedies. Who would wholly opt out of the chance to speak the brilliant dialogue penned by The Bard, maneuvering in and out of hilarious plans within plans? The beauty of it is, anyone with a penchant for the stage can be in them! Shakespeare wrote plays!

👍 My good opinion of the prospect has been easily gained.

On the liability side, I would almost certainly be a poor young woman with little prospect of a good marriage. But on the asset side, by Austen’s reckoning, “poor” means that I can afford only one servant. Balls and walks in the English countryside are guaranteed. Best of all, my witty personality will result in my becoming the wife of a man in possession of a good fortune (and handsome, in the bargain).

👎 Low expectations for this one.

What I don’t understand is where the expression “A Dickens Christmas” came from. Haven’t those who use the phrase read any of his masterful books? A true Dickens Christmas is sure to be populated with selfish, gruesome, underhanded, and unlikable figures if it were anything like his books. I would definitely not like to enter a world like that.

👎 I would always rather be happy than be in their books.

These gals can write! But they can write me out of their novels. Gothic romance and melodrama is not for everyone. The damp English weather may not have been conducive to good health and cheerfulness for these young ladies, but it did wonders for their creative imagination. As a potential character in their books, I opt for less of the moors.

For space considerations, I’m lumping together these two Russian literary geniuses. Remembering the names and nicknames of hundreds of people and the faces they go with is not my forte. And I like to be happy. While I might learn great moral lessons, if I had to be in one of their books, I just might throw myself in front of a train.

Adventure on the cutting edge of future Steampunk technology with plenty of financial resources—and a servant—actually appeals to me. It would be like a science field trip to plunge the depths in Captain Nemo’s Nautilus, or explore the depths of the Earth. Or a speed vacation, circumnavigating the globe in 80 days. I’d go a long way for inclusion in Verne’s novels. Perhaps even 20,000 leagues.

Not unlike the celebrated frog of Calaveras County, I’d jump at the chance to be in any of Mark Twain’s books. (Though, I’d better be sure no one filled me with a handful of shot first.) Fun, adventure, and more than a handful of sharp American wit fill his pages.

👍 I would earnestly enjoy being in some of his works.

Delightfully convoluted first-world problems, those lovely late Victorian fashions, and happy endings! Sounds like an ideal marriage to me! But please, I’d rather not be in “The Picture of Dorian Gray.”

👍 Believe me, there would be nothing half so much worth doing as messing about in this book!

Although “Wind in the Willows” is a talking-animal book, it ought to be in every well-read adult’s library. Friendship is the main thing here. There is plenty of lolling about in boats, picnicking, and visiting neighbors. The main turmoil comes from Mr. Toad’s wild streak, which necessitates continual rescue by his faithful friends. Graham’s idyllic English countryside is one I would inhabit with enthusiasm!

👍 I have the courage for this.

I’d have to be raised by wolves to not want to be in his books. Oh, wait. I’d probably enjoy it even more if I were raised by wolves, like Mowgli in “The Jungle Book”! Excitement, rites of passage, and becoming a grown-up are the advantages Kipling’s characters enjoy in his jungle and sea adventures.

👎 I don’t hear the call of his books.

I admit, the foremost reason I do not wish to be in London’s books stems from my aversion to being cold. I could not bear to be cast in a scene in which the temperature is 50 degrees below zero. And you just can’t trust this author to let your hands work well enough to strike a match to start a fire. I’m not going there.

I would generally get to hobnob with the upper classes of the unrealistically idyllic 1930s England. His characters are endearing, and the hilarious predicaments he creates are thoroughly G-Rated. Yet, his stories are peppered with references enjoyed by the well-read and highly educated. I would let Wodehouse write me into anything!

👎 They can go without me.

I once went on a 22-mile hike over two days. That was enough for this not overly outdoorsy girl. These people (and hobbits, and dwarfs, and elves, and whatever else) were on their arduous, dangerous, Middle-earth saving journey for over six months—one way!

👍 Did someone say wardrobe?

I’m not up for inclusion in his space trilogy, but I’d be willing to go to Narnia. Finding a secret passage to a mysterious, magical world filled with potential danger wouldn’t be so bad, under the providential protection of a good, albeit not tame, lion. Who wouldn’t want to encounter centaurs, winged horses, and all manner of mythical characters?

Orwell is mostly known for dystopian political commentary. Dystopia is not my ideal place to hang my hat. Mostly, his books make you glad you don’t live there, and that’s the point. Despite my reluctance to be in them, I do want to put in a good word for one of his more humorous and delightful novels, “Keep the Aspidistra Flying.” I still don’t want to be in it, but I assure you, it has an uplifting, buoyant ending.

Waugh may be a great writer, but even in his masterful novel “Brideshead Revisited,” one finds no character truly lovable.  I get the feeling that even Waugh didn’t like them. Who knows what he might do with me in one of his books!

Weird. Southern Gothic. Grotesque. Be sure to read them all!

Why Live It If You Can Read About It?

It is interesting that at least half the great books I considered were stories I would not want to enter, but loved reading.

Literature allows us to gain a breadth of experience that our own circumstances would not permit and at very little expense to us. A good writer can show us the world. He or she can take us into battle, demand rigorous moral discrimination, and allow us to grapple with evil, unharmed. We then step back into our mundane lives better people than we were before.

For this, I am truly grateful to the gifted authors of the past.