Graphic designer: ‘Everything came together in a wonderful spectacle’ 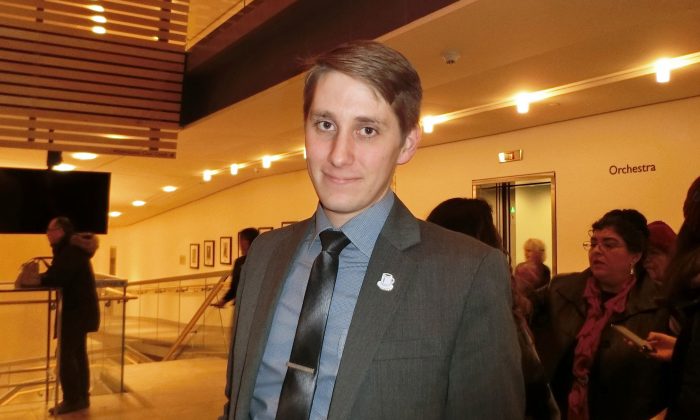 “It was beautiful. I really liked it. It was a powerful performance, and there was a lot of energy to the show that I really liked. I didn’t really know much about Shen Yun before I came here, so I was surprised with the spiritual nature of the whole show. There was a wonderful elegance to the coordination throughout the whole thing.”

“There was a lot of contrast in the colors, between very, very bright and very, very dark. It was thematically organized as well, too. Everything came together in a wonderful spectacle.”

“[The dancers] were wonderful. There is a lot of stamina to everything they did. There was a continuation of performance that was really wonderful to behold. In a lot of the performances that I’ve seen before, it seems sort of smaller or sporadic. In this, it was sustained.”

“I expected at the end when they revealed the cast, that the cast was going to be a lot bigger, but to see the size and to see that people were taking on multiple roles through the whole performance was amazing and showed the variety of the abilities of the different cast members.”

“The first [scene] that struck me was the one that was in the training yard with the bronze shields at the very beginning [“Tang Dynasty Training Ground”]. The way that they designed it to have the shields catch the light and reflect it back out at the audience, I thought was really, really wonderful. It sort of enveloped us into it and broke that fourth wall and brought us into the performance.”

“[The music] was really good. It was an interesting, as they said, blend of the Western philharmonic and the Chinese instruments. A blending of different worlds came together, and I really liked that.”

“[When I hear the music, I feel] happiness, a lot of happiness.”