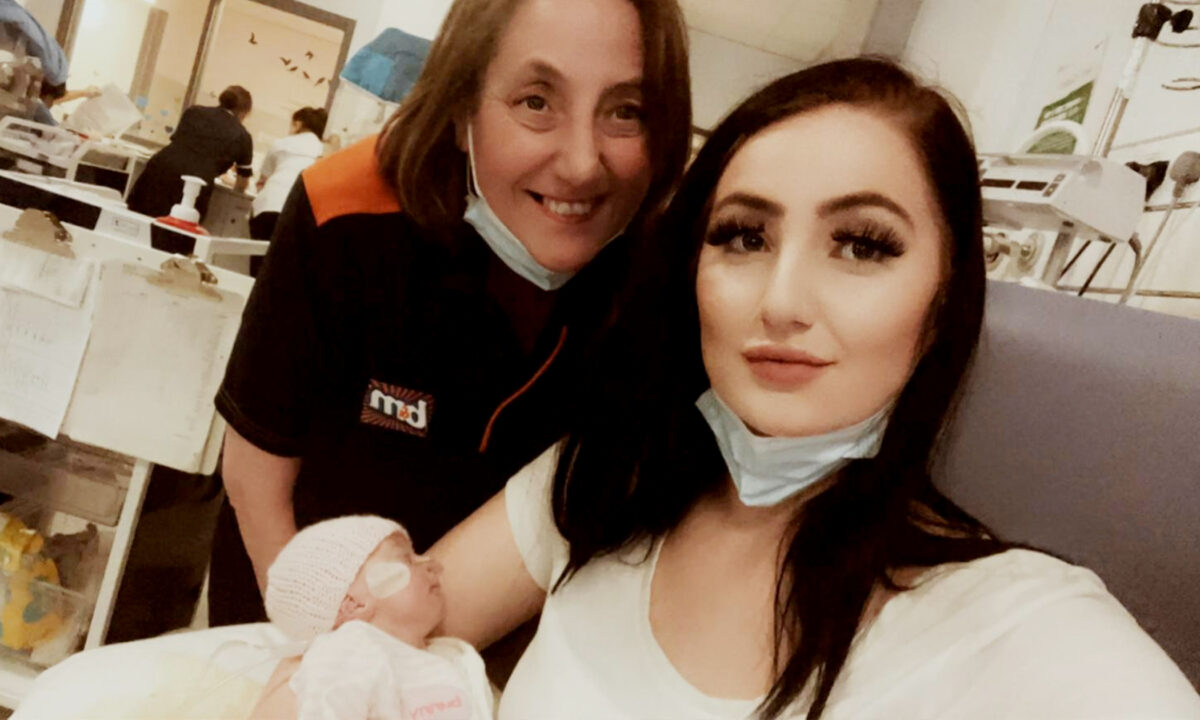 Fifty-three-year-old Joanne Dolan’s daughter, Katie Dolan, 24, went into labor at 24 weeks and five days of pregnancy, forcing her to spring into action and deliver baby Niamh by herself.

The youngster, born breech and weighing just 1.5 pounds, has since been described as a medical miracle by doctors. And her survival was aided by grandma Joanne, who performed mouth-to-mouth resuscitation to save her life, twice.

“I didn’t have any time to think, I was terrified but just acted as quickly as I could,” Joanne said. “I was anxious and unsure if I had done it properly, but was on the phone to 999 and they explained how to do the CPR.”

Katie, a recruitment consultant from Heckmondwike, West Yorkshire, England, only became aware of her pregnancy after 19 weeks. She was then in and out of the hospital with heavy bleeding after 22 weeks.

“The bleeding kept starting and stopping, and I was being transferred around lots of different hospitals,” Katie said. “It was quite scary and I had no idea what was going on.”

On Nov. 24, 2021, Katie was finally able to return home from the hospital and Joanne stayed with her.

Katie said: “I woke up at midnight … I started getting really strong contractions, and I remember shouting and calling for my mom.

“She immediately called the ambulance and they stayed on the phone with us while my mom had to deliver my baby, Niamh. Within 15 minutes, Niamh had been delivered and was born breech. My mom had to resuscitate Niamh twice.

“I honestly don’t even remember much, I was in so much shock.”

Joanne, whose rapid response ended up saving Niamh’s life, said: “The whole thing was so scary but I knew I had to do something.”

After Niamh was born, two ambulances arrived and took the family to Pinderfields Hospital. There, the neonatal staff had to come down to the ambulance and “do all sorts to try and get Niamh breathing,” Katie said.

“My mom and I had to wait for five hours in the waiting room to see if Niamh was okay or not,” she added. “The staff managed to get her stable. It was absolutely terrifying.

“They then said that Niamh would need to be transferred to a specialist hospital in Sheffield [in South Yorkshire], but that she was quite poorly and did not know if she was going to make the journey. I wasn’t even allowed to go to Sheffield with her because you can’t travel 24 hours after giving birth—I was in so much pain and shock.”

Katie then went back home with her mother and waited for a phone call, which then confirmed Niamh had made it to the hospital and had arrived safely and stable.

The baby is now 10 weeks old, on high flow oxygen therapy, and is still a while away from coming home.

Katie said: “I haven’t been able to hold Niamh as she’s been on a ventilator and is being fed through a tube.

“She is now 3.7 pounds and needs to put more weight on before she can come home to us.

“It’s crazy—the medical staff called her a ‘medical miracle baby’ as they had never seen a baby born this early at home and survived.”