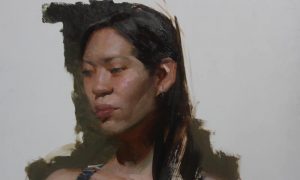 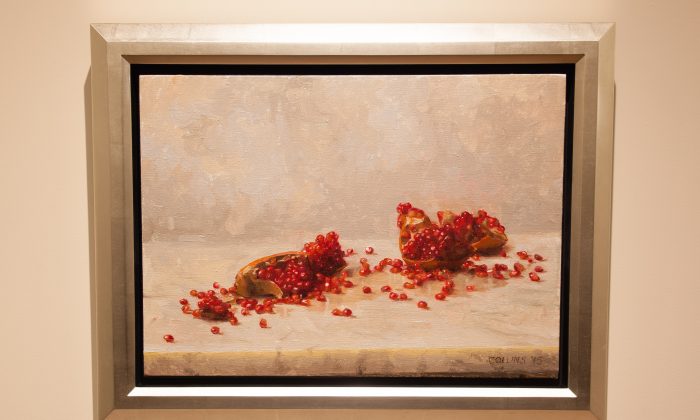 Jacob Collins, founder of Grand Central Atelier, has a new solo show in New York City’s Adelson Galleries. The opening on the evening of April 28, 2015 was a packed and energetic event, with actor Steve Martin in attendance, along with many admirers and students—of which Collins has had many.

The Atelier has been highly influential in New York and around the world as a bastion of Renaissance-inherited painting and sculpting techniques. The Atelier was recently renamed from Grand Central Academy to redefine its mission.

Formerly a school open to students of all skill levels, the Atelier is now dedicated to the work and development of resident artists. The Atelier also moved from its Midtown location to a spacious loft in Long Island City.

Banjos, fruits, and flowers seemed to be the theme among the approximately 30 works shown in Collins’s show. Most of them are new works, completed in the last three years.