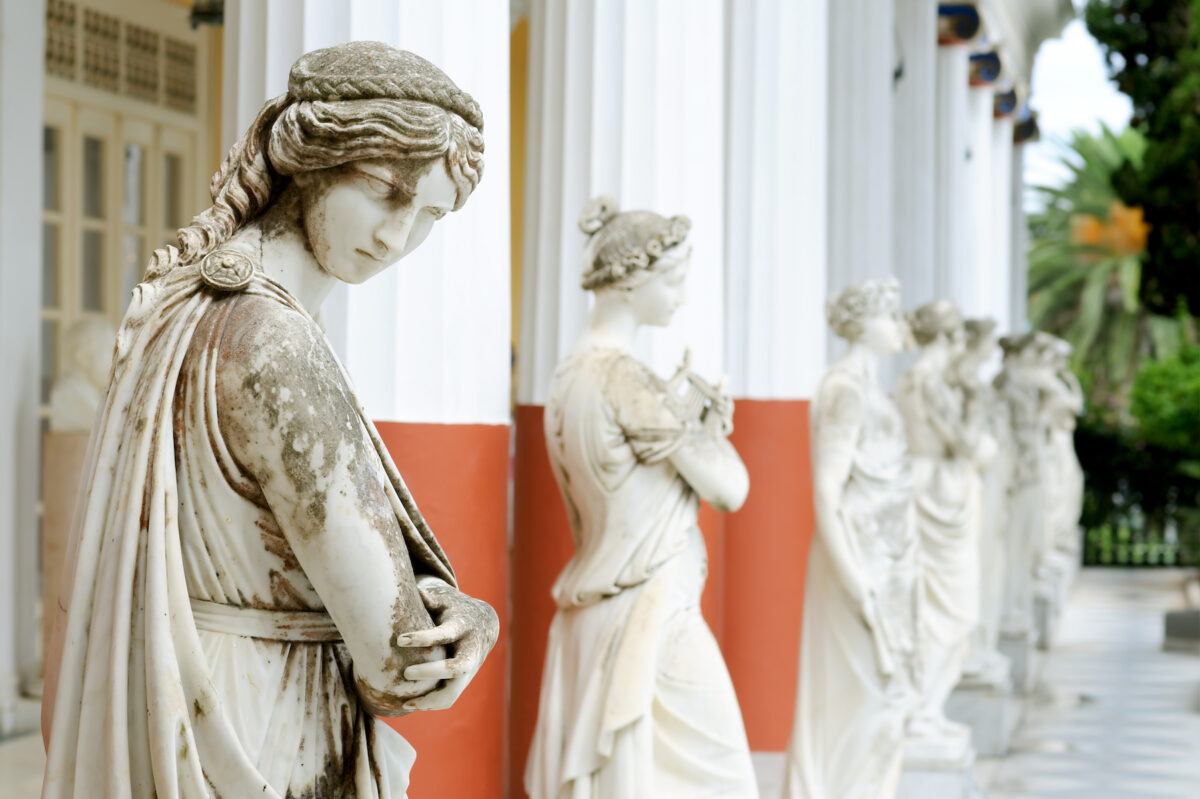 Muses were believed to bestow inspiration upon the worthy. (PavleMarjanovic/Shutterstock)
Family & Education

Got Inspiration? Give Credit Where Due: An Ancient View (Part 2 of 2)

There was a time, in centuries past, when creative inspiration was seen as something altogether different than it is today.

Not simply the product of our own personal efforts or genius, inspiration was, in the ancient world, seen as a divine gift—something bestowed from above upon the worthy.

For the ancient Greeks and Romans, as we saw in part one, it was a host of goddesses known as the Muses who gave this divine spark. Far from fringe figures, they were looked to—and even invoked in prayer—by the very shapers of Western civilization. Homer, Socrates, and Plato alike turned to these ethereal figures for insight and wisdom.

Where did the Muses, or ideas of inspiration, go in the centuries that followed the fall of Rome? And how did they make it to the present, if only tucked in the vestiges of our language (think “music” and “museum”), or the occasional statue?

It’s a fascinating story that reveals much about our shifting worldviews, and just how much has changed—or been lost—in the past few centuries.

From Muses to the Middle Ages

In the ensuing centuries after Rome’s collapse—what are often called “the Christian centuries” by scholars—the idea of Muse-inspired insight gave way to new forms of revelation. While unique to their new times and Christian theology, there were still fascinating points of parallel, as we’ll see.

The most noteworthy change was the deep belief that it was God the Father who now breathed creativity’s divine spark into man.

Rather than a colorful cast of unique, individual female figures, it was from a higher, greater source that people attributed their strokes of genius. Talent and inspiration were seen as a blessing from God.

Of course, although this was a higher and more powerful figure, God, like the Muses, could still be approached through prayer, offerings, and acts of devotion. The impetus was on the individual to make him or herself worthy. But ultimately, like in Greco-Roman times, one’s own genius was, well, never really one’s own. An implicit call to humility was present in the very concept of knowledge.

Yet interestingly, we also see other vehicles for inspiration appearing in the Middle Ages—even if traceable back to the supreme figure of God.

In artwork from the time, we see depictions of holy figures such as saints and martyrs receiving divine favor in the form of visions. So rather than insight being dropped into the mind, as it were, from the Muses, in these instances, it was being revealed, or shown.

Sometimes it seems that a faculty besides inner sight was involved—it could also come as a higher form of hearing.

St. Hildegard of Bingen (1098–1179), one of the most prolific and innovative composers of the era, gave a glimpse of this in her writings.

“In the third year of my life I saw so great a brightness that my soul trembled,” she once wrote. “I kept seeing this way until my fortieth year when I was forced by a great pressure of pains to write about the visions I had seen and heard. I brought forth songs with their melody, in praise of God and the saints, without being taught by anyone.”

In some instances, divine intermediaries might have even joined in the singing.

According to Dr. Christopher Page, a professor of medieval music and literature at the University of Cambridge: “When monks, nuns, friars, and clergy stood in the choir stalls to perform their plainsong, they didn’t think that if you counted all of the visible singers present, you counted everybody who was performing.

“That’s because the angels were believed to be present in the building, keeping company, note by note, with their human counterparts. And now and then it was even possible to catch the sound of them.”

Page cited examples from medieval biographies regarding this point.

In other instances, it might be saints who revealed knowledge to the spiritually worthy.

The best-known example might be that of Joan of Arc (later herself sainted), who in the early 15th century became the most unlikely of heroines for leading France’s armies to victory. She cited the saints, particularly St. Michael and St. Catherine of Alexandria, as her guides; they spoke to her on numerous occasions, Joan would reveal, and they were the cornerstone of her extraordinary achievements.

Joan always attributed her inspiration to a higher source and reflected a more general sense of religious humility and indebtedness, traits that creatives at the time shared.

Even the procuring of construction supplies, as when Abbot Suger set to work rebuilding the abbey of St. Denis in the 12th century, could bear witness to the divine’s hand.

In his memoir, Suger described the discovery of a new quarry as “through the gift of God.” He likewise characterized as providential the arrival of a “skillful crowd of masons, stonecutters, sculptors and other workmen.” Locating the 12 great timber beams they needed for the roof was said to be “a miracle.”

For Suger and legions like him, it wasn’t the product of good luck, chance, or even his own hard work that made it happen. It was, much like his Greco-Roman forebears saw it, the result of a higher hand.

With the Italian Renaissance and the rediscovery of the classical past, the Muses, in both name and image, gained a second life of sorts. They became part of the artist’s repertoire in the 15th and 16th centuries, featuring in sculptures and paintings and often surfacing in works of poetry—after centuries of slumber.

For a few centuries, at least, they coexisted alongside Christian motifs, even if largely ornamental in role; it would be to the saints and God that believers would turn for actual inspiration.

With the coming of the Enlightenment in the 17th century, however, even the idea of divine inspiration in general would witness a decline. The Age of Reason would posit Man as the locus of achievement. The self came to be seen as the center of creative force, foreshadowing the increasingly secular worldviews of the 19th century and thereafter.

Thankfully, even in today’s scientifically steeped present, the classical arts, literature, and communities of faith help us to remember that there’s more to greatness than ourselves.

So if you’re looking for a little spark of creativity, set aside that iPad and hit the museum. I’m sure you’ll find a lot more of substance to, well, muse over.