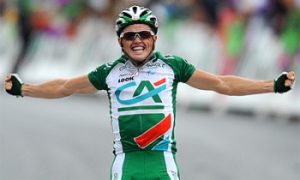 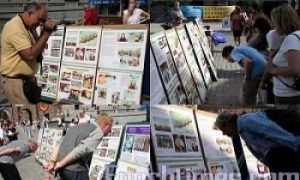 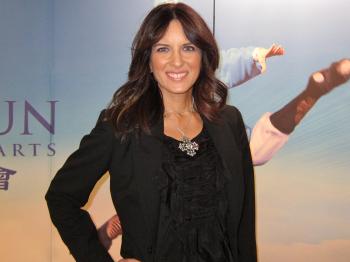 By Epoch Times Staff
Print
CHICAGO—Gospel singer Kelly Orbeck couldn’t say enough about soprano Haolan Geng after seeing her in the performance of Shen Yun Performing Arts New York company at the Civic Opera House, on the afternoon of April 23.

As a solo vocalist herself, Ms. Orbeck has shared the platform with Gospel and Jazz instrumentalist Ben Tankerd. She has ministered for CBN Partner Events and various Gospel events in Chicago, according to her Linked In site.

New York-based Shen Yun ministers to people in a different way, reclaiming and renewing the cultural heritage of China, by bringing 5,000 years of Chinese traditional culture and art to the world.

“I was blown away. I think the soprano, the last singer, she was incredible. I was blown away by that. … I can’t even put it into words,” she said of Haolan Geng’s song, "The Purpose of Life."

“That song will forever be etched in my heart and in my mind. Her voice was just absolutely gorgeous, and she definitely brought the feeling and the emotion into the song as well. I was really impressed with her. I was moved by the lyrics, I was moved by her tone, the way she carried the notes, the control, I mean, her whole persona. She was absolutely incredible,” Ms. Orbeck said.

Ms. Orbeck’s impression of the whole show was that it was five-star: “It’s absolutely, incredibly well done. I would say that it’s very, very professional. Very well done. The detail of it all, from the dance, the succinctness of the dancers, the continuity, the detail in the costuming, everything was so succinct and excellent. You can tell that they have great pride in what they’re doing and in the stories that they’re telling.”

One dance that impressed her was Manchurian Elegance, in which the dancers wear a raised platform kind of shoe. “For them to be gliding across the floor looking like they absolutely have no issue whatsoever, I probably would have been tumbling all over the place, but they kept their grace and their beauty through the whole dance and that was so impressive.”

She also commented on "the vibrancy of the colors, the set, the detail in the costuming, it’s just an incredible show. Very impressive.”

“It actually, it inspired me. At the same time it saddened me to see how people want to have freedom to believe in what they desire to believe and to be free from that kind of bondage that communism allows them to be under. It gave me a greater appreciation for living here in the United States, knowing that we can have freedom to believe and practice whatever we desire to and we’re not going to be arrested or killed for it.”

Ms. Orbeck is referring to some dances that depict the repression of faith in modern-day China.

“It saddens me that that’s not a freedom they’re able to experience. So they moved my heart in a greater way to—hopefully, in some way make a difference—to at least pray for the people in China that their freedom of religion will someday come,” she said.