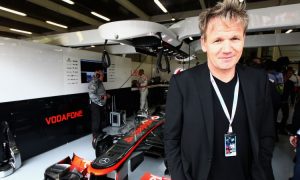 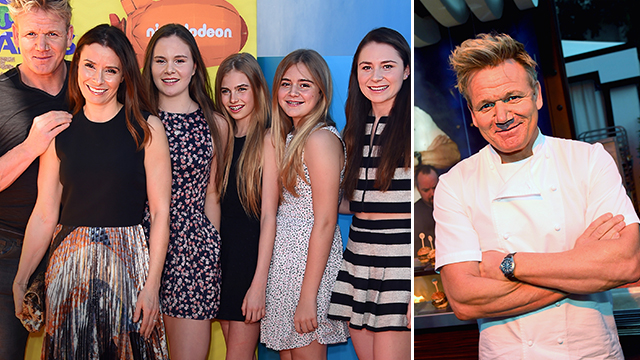 With listed earnings of $62 million as of 2018, Forbes has chef Gordon Ramsay ranked as the 33rd-wealthiest celebrity in the world.

Despite his current wealth, though, the 52-year-old culinary wizard didn’t grow up surrounded by money—and his own upbringing shines through in the way he raises his own four children.

In an interview with the Telegraph UK, Ramsay explained that he believes in his children being “grateful” rather than entitled.

“Tana [his wife] came from a super set-up, and I’m just ‘educated rough’ from a council estate,” he told Emma Cox in the interview. “So we meet in the middle and the kids bounce off both of us. They have a completely different life than I did growing up. I worked my arse off to get out of the s— mess that I grew up in and they’re grateful, they’re not spoilt.”

He went on to describe a parenting style that balances caring for his children with the desire for them to be self-made. He hasn’t left them his immense fortune in his will, but doesn’t leave them on the street, either.

His eldest daughter gets a 100 pound (US$131.63) a week allowance while away at school, while his younger three children are given 50 pounds (US$65.81) a week in an effort to teach them how to budget and earn their way through life. He and his wife have agreed that they’ll pitch in with 25 percent of the deposit needed to get an apartment or flat, but aren’t willing to throw millions at real estate developers to build their children a penthouse of their own.

While that may seem like a drop in the bucket compared to his overall wealth, Ramsay’s approach gives his children a small leg up without doing everything for them. And it’s an approach that seems to be paying off; they appreciate the times that he does treat them (he brought the family to his three-Michelin starred flagship restaurant in Chelsea, Royal Hospital Road, for daughter Megan’s 16th birthday), and they do things like volunteer to feed pensioners in the meantime.

“It’s not in a mean way; it’s to not spoil them,” he said, referring to the fact that he won’t just be leaving his fortune to the children when he passes.

“The earlier you give them that responsibility to save for their own trainers and jeans, the better.”

It’s certainly not the approach that every celebrity or mogul follows. Even the current president of the United States was famously given a million-dollar loan (worth about $5.5 million in 2019) from his father to start his own business; it’s not altogether typical for a parent with millions to dole out an allowance like every other middle-class household.

For the Ramsay children, though, the goal is to give them a better appreciation of how money works in the long run. And with his children doing everything from studying psychology and running marathons for charity to starting their own cooking shows, it’s clear that his parenting style seems to be paying off.