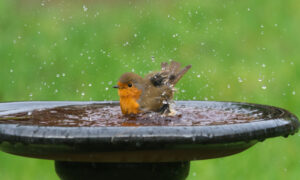 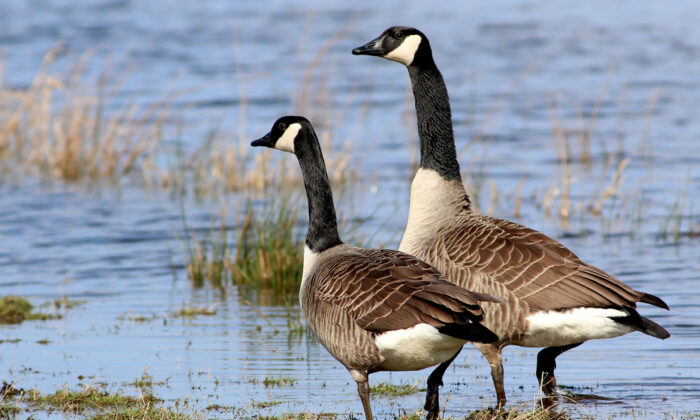 There are about a dozen subspecies of the Canada goose. (Ger Bosma Photos/Shutterstock)
Family & Home

Goose Population Can Be Controlled

Question: We live in a lovely subdivision in which the homes back up to a pond. It’s really pretty, until the geese arrive. They spend a lot of time in my yard (and all of my neighbors’ yards) and leave lots of presents. I mulch my grass—clippings, droppings, and all. Is that good or bad for my lawn? Can I use their droppings as fertilizer in my vegetable garden? How do I keep their mess off my property?

Answer: I understand your frustration with the geese. I would compost the combined grass clippings and droppings before using them in the garden.

On the other hand, there are plenty of other reasons to kick the geese off your property. They can do a lot of damage to shoreline vegetation, causing erosion and degrading the water quality of the pond. The root of your problem is a conservation success story.

There are about a dozen subspecies of the Canada goose. About 50 years ago, it was thought that the biggest variety was extinct. Then some were found, and efforts were made to captively raise more of them. They were successful, and the birds were released into many locations so that if a natural disaster or disease were to arrive in one area, the geese would still survive in other areas.

Unfortunately, it wasn’t discovered until later that these geese learn to migrate, rather than having an innate urge and ability. Once they have migrated, they can do it again with uncanny precision, but there wasn’t anyone teaching these released geese where to go.

Wearing a down coat, they are able to survive the cold winter weather, and they stay as far north as the winter weather doesn’t freeze the water in rivers. In recent decades, many urban retention ponds have been built, and many more lawns have been planted, providing the geese with excellent conditions in urban areas that have few predators and very little hunting.

All that would be necessary to reduce the growth of the goose population would be to remove the eggs from the nest and replace them with artificial ones. The female wouldn’t lay more eggs, and the eggs could be donated to a food pantry. It is illegal to harm the birds or the eggs under current laws, but conservation officials could do the egg removal. It would obviously be an uphill battle at first, but the geese have caused ecosystem damage in areas where they don’t belong.

When the geese arrive at your location, don’t feed them corn or other foods, and don’t let anyone else around your lake feed them. In the winter, if it is possible, let your lake freeze over for a couple of weeks at a time. If you must run an aerator for the fish or for aesthetics, the open water will attract the geese.

Plant tall shrubs, perennials, and grasses along the lake shore so they can’t get out of the water to eat the lawns without going through the tall plants, where they don’t like going because predators may be in there. The longer the walk in the tall plants, and the denser the material, the less they will go through it. Put up temporary fencing to make them fly in and out of the yard rather than walking.

Geese don’t like dogs roaming in the yard, but be advised that even though dog services are used to chase away geese on golf courses, the dogs can’t actually touch the geese because of federal laws.

A product called ScareCrow, made by Contech, uses a garden hose spray head and a motion detector to spray water at anything that moves in its range. It works day and night to safely repel any animal by using sudden noise, motion, and a small amount of water.

There is an acid extracted from grapes called methyl anthranilate that can be sprayed on grass to make it taste bad. It is expensive, washes off with rain and snow, and is removed by mowing the grass, so use it only in areas where nothing else will work.

Another conservation success story that is related to the geese is the spread of coyotes. In some areas, they are reducing the goose population by eating the eggs and, sometimes, the geese. Unfortunately, they might cause their own problems, so preventing the geese from sticking around might be the best way to go.