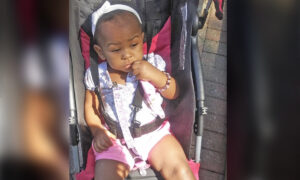 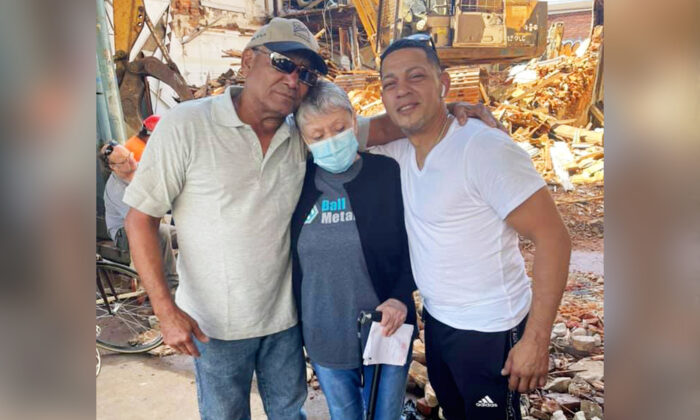 One Philadelphia man is thanking God for putting him in the right place at the right time after he pulled an elderly couple from a collapsed building in West Kensington.

David Velazquez was driving with his cousin Kathy to pick up his son from a friend’s house on the night of Sept. 2. They were near the intersection of North Front and Dauphin Streets when, at around 10 p.m., Kathy heard a crumbling sound.

They saw plumes of dust coming from a collapsed three-story building with shops below and residential units above. David pulled over, got out of the car, and ran over to the structure that lay in ruins before him.

“I yell, ‘Anybody there? Can anybody hear me?’ I said it in English and Spanish,” David told The Epoch Times. “After about two minutes, I heard a voice saying, ‘I’m here, I’m here, please help me,’ but in Spanish.

“So I climbed the up with no hesitation, I forgot about the live electrical wiring, the gas fumes which could’ve went up in flames with any sort of spark.”

Sifting through the rubble, he came eye to eye with an older man and asked him if there was anyone else trapped under the debris.

After first getting the man to safety, David searched through the debris and soon found the woman, who was trapped under a collapsed beam, crushing her legs. But when David tried to remove the beam, he saw the roof of the structure crumbling, placing his own life in danger.

“I stopped moving the beam, now my phone falls, now I don’t have a light,” he said.

He reached for his phone, grabbed it, and saw a photo of his grandson—and then he felt “this strength” that encouraged him.

He kissed the woman’s forehead, told her, “God be with us,” before pulling her free.

“She gave a really, really loud scream for about three seconds,” he said.

By then, the fire department arrived at the scene. They pulled the woman out of the hole, but forgot to help David out after he helped lift her up.

After the daring rescue, David was concerned about the woman’s welfare and went to Temple Hospital to see how she was doing; he was unable to see her due to restrictions owing to the CCP (Chinese Communist Party) virus, though he heard her crying and calling him an “angel.”

The man and his wife did manage to meet up with David days later. They took photos together at the rescue scene, and David posted them on his Facebook page.

“I would do again if the opportunity presents itself,” he told the newspaper. “My parents taught me and raised me well with lots of morals and respect for all humankind. No matter race, religion, or ethnic, we all bleed the same and we all have a purpose in life.”