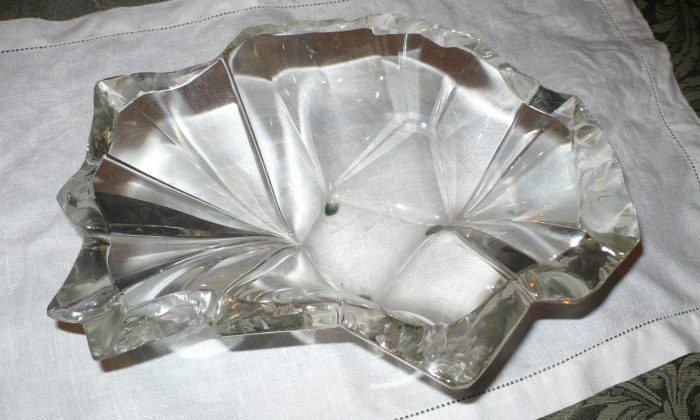 Until the Finnish Society of Crafts and Design was founded in 1875, Finland was designing purely functional rather than artistic or sophisticated items. But the founding of the guild-like organization, whose intent was to promote the development of arts and crafts, changed all that.

Finnish design was recognized as early as 1900, when pieces shown at the Paris Exhibition that year competed with French Art Nouveau, German Jugendstil, and Dutch Nieuwe Kunst. In the 1930s, Alvar Aalto’s handsome birch easy chair won international fame and put Finland on the map as a leader in contemporary design.

According to “Glass and Crystal” by Elka Schrijver, glass and glassblowing “were introduced at a much later date in the Scandinavian countries than in those European countries which, after four centuries of Roman occupation, had assimilated Roman civilization.” That influence is what Elka believes formed the basis for Scandinavia’s astounding cultural achievements.

Finland has always had a vital folk art tradition. In 1879, the Friends of Finnish Handicraft appeared on the scene, based on the Swedish example, the Society for the Promotion of Arts and Crafts, founded in 1845. At first, these societies were interested in traditional arts and crafts rather than glass, but in Finland there was an almost desperate desire to throw off Russian influence (the Russification of Finland was in progress) and to develop a national character in every sphere.

By the end of the 1900s, a genuine revolt had taken place and Finnish national romanticism was born. A second Finnish artistic revival took place in 1937, especially in the theatre, but this time glass-making was included. Many of the ideas created in the 1930s, however, had to wait until the end of World War II to be realized. Since then, Finland has been a leader in contemporary design, whether the object is one-of-a-kind or for the mass market.

In Finland there was an almost desperate desire to throw off Russian influence and to develop a national character in every sphere.

There are two outstanding companies that make the most of sand. Nuutajarvi Glassworks, which dates back to 1793, and Iitala, founded in 1881 for the manufacture of cheap household glass and bottles.

After 1945, when Iitala was completely modernized, the factory quickly became known as one of the most important in the world. Glass, a substance that seems almost immaterial because of its transparency and lack of colour, is perfect for abstract sculpture such as Oiva Toikka’s “Lake Palace” which resides at the Sara Hilden Art Museum in Tampere, Finland’s second largest city.

In 1947, the world-famous designer Tapio Wirkkala (1915 to 1985) joined Iittala. He was the man behind the famous vases called Chanterelle, or Mushroom, which come in three sizes. The one I have is dated and signed with his initials on the bottom: “78/1983 T.W. 1947,” which means the first one was made in 1947. Wirkkala is recognized as one of the world’s greatest glass artists. His “ice” series is iconic.

Kaj Franck, another great Finnish artist, designed for Arabia, a trailblazer in modern Finnish design for the mass market. Franck, who died in 1989, has a worldwide reputation. Many of his glass pieces are in design museums.