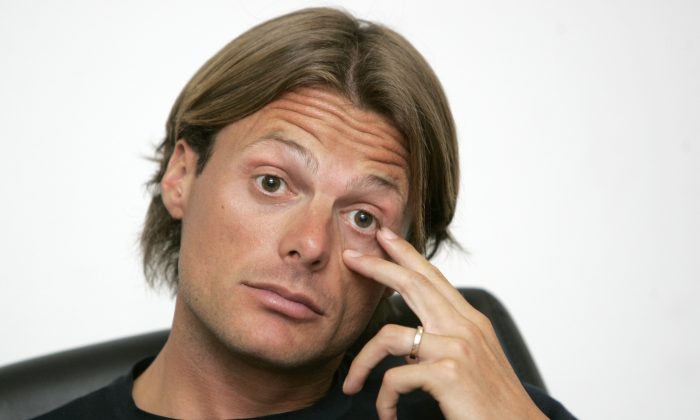 In the midst of Italy’s grandest cycling stage race, the Giro d’Italia, heavy snow that cancelled stage 19 of the race on Friday, hasn’t been the only setback. Danilo Di Luca, a cyclist for Vini Fantini Selle, was dismissed from his team for testing positive for drugs.

“Following the news, learned with regret in the morning, the team has dismissed the athlete… Vini Fantini Selle Italia will ask for a compensation for damages, in accordance with the internal rules signed by all the members of the team,” said team manager Angelo Citracca, according to an English version of a press release on the team’s website.

Di Luca, 37, tested positive for erythropoietin (EPO) in an out-of-competition test performed on April 29. He was suspended from the race and fired from the team.

Many Twitter users took the chance to bash Di Luca including Lance Armstrong who tweeted: “Knowing I have 0 cred on the doping issue – I still can’t help but think, ‘really Di Luca? Are you that f—ing stupid??’”

This was not Di Luca’s first time testing positive. In 2009, he was banned after testing positive for a new type of EPO called continuous erythropoietin receptor activator, or CERA. Shortly after being named the 2007 Giro d’Italia winner he was suspended for three months in another doping scandal.

It is yet to be confirmed whether Di Luca will receive legal penalty from Giro authorities.