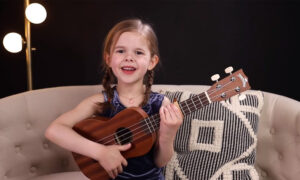 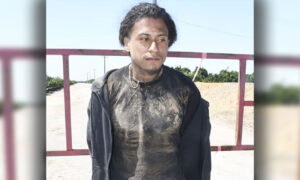 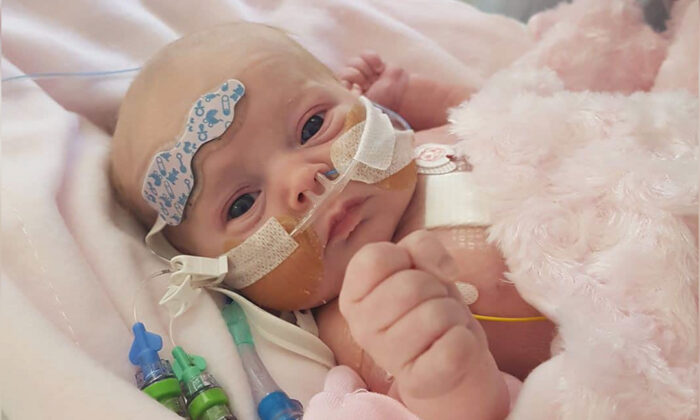 When a mom from Sutton Park, Hull, was advised by medics to terminate her pregnancy on six different occasions because her daughter was diagnosed with a rare heart condition, she refused. Now, the brave toddler, who has defied all odds after two open-heart surgeries, is all set to turn 3.

Lacey-Janet Ambler was born in 2017 with a condition called hypoplastic left heart syndrome, according to the Daily Mail.

Lacey’s heart problem was known to her parents, Lisa and Mike Ambler, when the baby was in 20 weeks’ gestation. However, even after multiple suggestions to terminate the baby, they refused.

After Lacey was born, she underwent her first open-heart surgery when she was only 8 days old at Newcastle’s Freeman Hospital. In her first few weeks of life, the little baby survived a few seizures and at one time even stopped breathing in her mom’s arms, The Daily Mail reported.

The mom of three said: “[E]ver since her birth she has shown us what a little fighter she really is.”

However, this year during a routine checkup that happens every six months, the little girl was found to have scar tissue that had built up around her heart, with medics suggesting an urgent open-heart surgery to save Lacey’s life, Hull Daily Mail reported.

Remembering hearing the shocking news that Lacey needed surgery, 35-year-old Lisa said: “I instantly felt my heart drop and tummy turn this is not what [I] wanted to hear at all and it was so unexpected too, I burst out in tears as I wouldn’t hold it in.”

The mother was worried as Covid-19 had hit, but she knew this was a priority, and thus Lacey underwent her second heart surgery in Newcastle’s Freeman’s Hospital.

The surgery lasted for five hours, and the little girl didn’t even have a breathing tube in when she came out.

“She was on a tiny amount of oxygen and when I walked in to see her she looked at me straight away,” mom Lisa said. “She looked amazing, honestly I was bursting with pride.”

However, even after going through such a major surgery, the brave little girl didn’t let it deter her spirits, and within an hour, she was already asking her mom to play music and wanted a drink.

After four days of recovery, the strong-willed toddler returned home to be with her family.

As the little girl is currently all set to celebrate her third birthday next week, her mom cannot be more proud of her, as she has flourished since her operation and enjoys playing with both her sisters Faith-Rose, 8, and Frankie, 1.

In sharing the story of her thriving toddler, Lisa wants to create hope among parents whose kids are diagnosed with hypoplastic left heart syndrome.

“Babies are born with this condition and not given a chance,” she said, according to The Sun. However, she reminds them that their “strength and determination” to fight is unmatched.

“Lacey is a funny little girl who is full of life,” Lisa concluded. “She has changed my life completely and taught me to appreciate everything.”