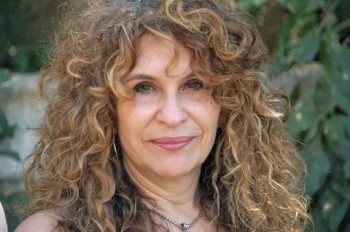 Gioconda Belli on Inspiration, Fear, and the Landscape of her Mind

Genevieve Belmaker
Genevieve Belmaker is a former reporter and editor with The Epoch Times.
View profile
Follow
biggersmaller
Print
NEW YORK—Before meeting Gioconda Belli in person, it’s easy to imagine she’ll come swooping into the room, guns blazing. After all, the world-renowned Nicaraguan author, poet, and political activist was a Sandinista rebel in the 1980s, and in her memoir Country Under My Skin she comes across as a dyed-in-the-wool feminist.

In person, though, she seems more gentle and understated—if slightly sassy at times—than intense. But she does express an undercurrent of irreverence for the status quo that is refreshing and infectious. Maybe that's because she's had to live several lifetimes as a wife, mother, career woman, symbol of feminine power, and activist for change in her native Nicaragua. One thing her experiences seem to have taught her is that long-held social ideas about gender roles are open for questioning.

“Motherhood should be for men and women,” says Belli about the pressure society puts on women to have it all. “It’s the most important job in life, and no one tells us how to do it. They [society] force us to choose between motherhood and work.”

In the context of her most recent novel, A Country of Women, the comments make perfect sense. The novel explores an alternate reality in which women run the United States. But although Belli considers herself a very political person, neither her most recent novel nor her numerous other works are created with a specific audience or outcome in mind.

“I write for myself,” she says, noting that in the beginning of her career it was about satisfying an urge to speak. “[Early in my career] I wrote out of a need to say certain things that had to be said.”

Belli says she has written many different kinds of books—a memoir, poetry collections, novels, and even a children’s book—but she chooses topics based on what personally interests her. She thinks that is a defining line between a writer and someone who writes to make money.

“I think it’s noxious for a writer to put them in a compartment,” she says. “That’s why there are so many books nowadays for specific audiences. People craft sentences but they don’t know what to say. It’s taken writing into a mass-produced kind of product.”

Her approach has been to write out of a love of the topic, not with money as the end goal.

“If I wanted to write romance novels, I could pop them out,” asserts Belli. “But that’s not why I write. I don’t write to make money. I’ve been lucky, my works have done well and I can make a living. But that’s because I’ve done my job with love and touching on subjects that are universal.”

Although her first books were written in Nicaragua, Belli now splits her time between her home there and the home she shares in southern California with her husband, a movie producer. She has stayed personally involved with the politics of her native country. She says that there, politics “plays a big role because in countries like Nicaragua, politics is not separate from everyday life. In a country like mine, politics is in your life; it affects your life.”

The influence of coming from a place with such a lively involvement in politics has impacted not only her work, but her perspective on writing in general.

"Every writer makes political statements [in their writing]," she says. "It's political in that it's their point of view. Everything is political." She has lived that through decades of personally fighting for change at the highest level in Nicaragua—first as a Sandinista rebel and now as a writer who uses her voice to criticize the people currently in power there.

But Belli did not begin as an activist—her career started in the 1970s with poetry collections and other works published in Spanish. When her book Inhabited Woman was published in 1988, she won critical acclaim. The book was translated into English in 1994. Although she’s lived in the United States for years, she still writes in Spanish. Her most recent translated book is "Infinity in the Palm of Her Hand," a tale of what happened to Adam and Eve after Eve ate the forbidden fruit in the Garden of Eden.

Although her work demonstrates a keen sense for the inner nature of the masculine gender, Belli strives to make her work speak to women.

“My wish has been to empower women and write novels that are meaningful about the relationship between men and women,” said Belli.

Perhaps her ability to speak to women comes from her keen awareness of the subtle differences between men and women—particularly when it comes to career. “I think men are granted much more space when they work than women,” Belli says, noting that she often rents an office where she can write alone.

“For me it’s like a magic process,” says Belli about writing. “I just need the landscape of my mind.”

Even when she’s not working on the actual manuscript of a work in progress, she is constantly thinking about it, especially when taking a shower or putting on makeup.

“I solve a lot of things [with my stories] in the shower,” says Belli, who adds that it’s the time alone spent in a peaceful, relaxing environment that helps her see her way through her stories. But no matter how consumed she may get by the process of her work, she’s never worried that she won't find a way through it.

“I don’t have anxiety about my potential to write,” says Belli. “I know that I will write to the end of my days—I’m a very optimistic person.”