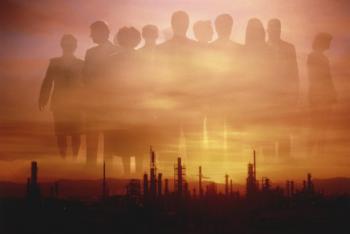 The Eight World Ghost Convention will be held at Cork City Jail on Friday 31st October on Halloween night. The convention was established in order to raise awareness of the paranormal. It was formed, to help people who have had strange experiences, experiences that are not generally talked about , to know that they are not alone and there is no need to be ashamed afraid or embarrassed to come forward for fear of not being taken seriously. Reported sightings of ghosts and spirits are only the tip of the iceberg.

This unique international ghost convention, which is the first of its kind in the world, provides an ideal opportunity for many people fascinated with the supernatural to hear a colourful assortment of supernatural topics discussed by a panel of guest speakers from different backgrounds and professions. In addition those who have experienced supernatural occurrences have the chance to share their own personal supernatural experiences if they so wish as well as hear first hand the accounts of others who echo similar experiences.

Some of the speakers include Michael Anthony whose work involves being a channel for the spirit world. At the convention Michael will discuss his work which includes dealing with spirits and negative energy which sees him calling to homes, farms hotels and castles to investigate strange occurrences.

Michael told the Epoch Times, “I had my first out of the body experiences from the age of three, I could leave my body on the bed and go around the house. At seven while I was in my bed a neighbour from down the road came and said to me goodbye he was going home and he would see me when I got home. While telling my mother the next morning there was a knock on the door and the news that the same neighbour had died that night.

“Sometimes haunting can have very simplistic reasons even though the effects can be very traumatic. For instance I was contacted by a Japanese lady who felt terrorised by spirits, upon investigation I discovered they were simply dead relatives who wanted to maintain a connection with her but she wanted them gone.
“Another was a lady whose children had emigrated to America and she was waiting for them to return. She was dead and still in the house and thwarted any effort by the new owners to renovate or make any changes. This caused untold misery for the new occupants but from her point of view her house was the only connection she had with her children.”

The popular modern festival of Halloween can be seen to be a scene of merging cultural elements, some ancient, some pre-modern and some contemporary. A thread that ties these different cultural associations together is that of the supernatural, another speaker Jenny Butler a folklorist at University college Cork will give a talk on the connection that Halloween has with the magical and mysterious, strange phenomena and where these notions of supernatural forces active on this night might have come from.

Helen Barrett who has the title “The White Witch of the Isles” will be giving a talk on the elusive law of sabotage. Jenny says never take rejection as rejection, for instance if people are not meant to be together there will be supernatural forces at work to separate them. Jenny also has the gift of prophecy, she claims to have predicted the tsunami in 2003 and the attack on the twin towers. Some of her future predictions are sad, happy and ominous. Forget about doom and gloom, she says, Ireland is heading into a great era of prosperity and huge oil reserves will be discovered off the coast of Ireland. Also there will be a European army in the future, she claims.

The Ghost convention will be opened by the Right Honourable Mayor of cork at the Cork City Jail which is said to have its own resident ghosts which have been seen by members of the audience since the Ghost Convention was established in 2001.