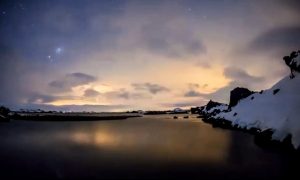 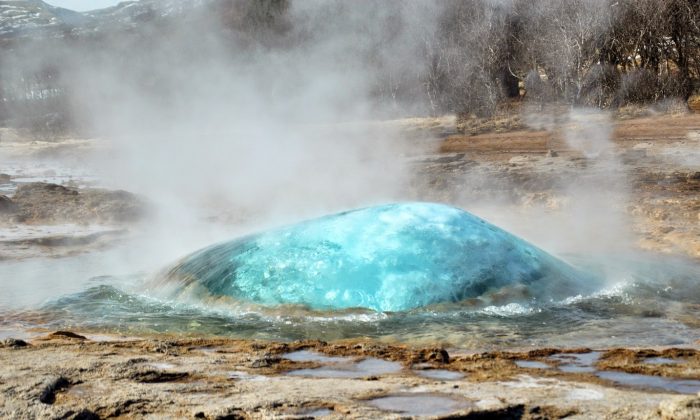 Iceland, one of the most spectacular and outlandish places in Europe boasts many breath-taking natural phenomenons you won’t see anywhere else in the old continent. One of them is the Geysir Hot Spring Area in Haukadalur Valley at the foot of the Laugarfjall mountain. The Great Geysir was the first geyser described and studied by the scientists in the world. It was mentioned for the first time as early as in the thirteenth century. The English word “geyser” (also used in many other languages to describe this phenomenon) derives from the Icelandic word “geysir” – meaning “to gush, spurt”.

How to Get to Geysir Geothermal Area

The Haukadalur Valley, hot springs area and visitor center are only around one hour drive (87 km/55 miles) from the Icelandic capital, Reykjavik. If you don’t drive, you can choose from many tourism agencies offering a visit to Geysir, which will be most likely included within the Golden Circle tour. During this tour, you will also admire the magnificent Þingvellir (Thingvellir) National Park and beautiful waterfall Gullfoss. I went with the Grey Line Tour Company that offers many tours at good prices. You can see the details of the Golden Circle Tour here. The admission charge to the Geysir Geothermal Area is 600 ISK (4 EUR/5.20 USD) per person, note it is not included in the tour price.

MORE: Stunning Sights of Iceland from Above (Video)

There are quite a few, varying in size, hot pools and springs in the Geysir geothermal area. However, only two of them shoot high up into the air. The first spring, Great Geysir is the most spectacular. It can sprout boiling water up to 70 meters (230 ft.). It’s also famous for the fact that it gave its name to all other geysers in the world. Its only fault is that it erupts only 4-5 times a day. So your chances to see it active are quite low.

Nevertheless, don’t be sad because of this as there is another spring in the area – Strokkur which shoots over 30 meters (100 ft.) every 10 minutes! Prepare continuous mode of taking photographs in your camera, and you will be able to capture amazing images, especially right before the eruption when the water is formed in the shape of a blue egg. It looks truly fantastic, as if taken from a science-fiction movie.