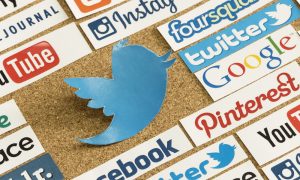 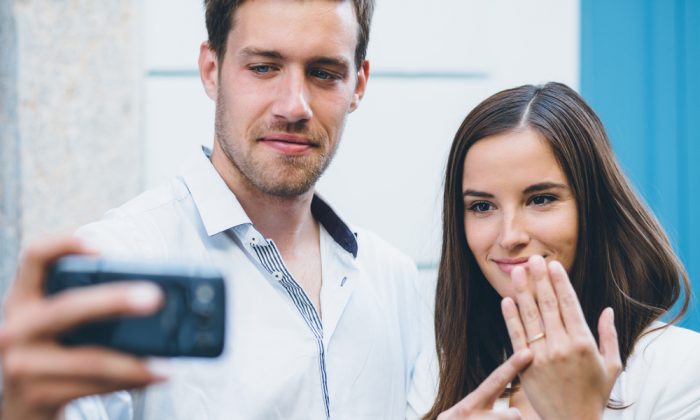 "People began to paint themselves as a couple, rather than as individuals," says study leader Munmun de Choudhury. (Shutterstock*)
Life & Tradition

Getting Engaged Turns Tweets From ‘I’ to ‘We’

People who announce their wedding engagement on Twitter tend to then change how they represent themselves on the site.

The research team then looked at each person’s tweets in the nine-month period before the engagement and 12 months afterward (2 million total tweets). The team also compared them to a random sampling of Twitter users during the same time frame (12 million tweets).

After people got engaged, tweets with the word “I” or “me” dropped by 69 percent. They were replaced with “we” and “us.” There was barely any change within the control group.

Similarly, tweets using familial words such as “future-in-laws” and “children” jumped by 219 percent after the proposal.

“People began to paint themselves as a couple, rather than as individuals,” says study leader Munmun de Choudhury, a Georgia Tech associate professor in the School of Interactive Computing. “They’re going through a major change in life, and it shows on social media as they adapt to society’s expectations of their marital identity.”

They’re going through a major change in life, and it shows on social media as they adapt to society’s expectations of their marital identity.
— Munmun de Choudhury, Georgia Tech

The most frequent terms used by women when tweeting about their significant other were tied to emotion (for example, they “love” their “wonderful” fiancé). Men are more likely to use physical descriptors such as sexy, beautiful, or gorgeous when talking about their fiancée.

De Choudhury and coauthor Michael Massimi also noticed that engaged people are much more likely to think and tweet about the future. Instead of using past-tense verbs, future-tense verbs surged by 62 percent after engagement.

Buying Fake Accounts Won’t Get You Anywhere on Twitter

“Twitter can be a powerful tool that can mirror our thoughts and how we’re actually feeling,” says de Choudhury. “This isn’t based on what they told us they did. It’s a reliable record—it’s what they actually did.”

*Image of engaged couple via Shutterstock