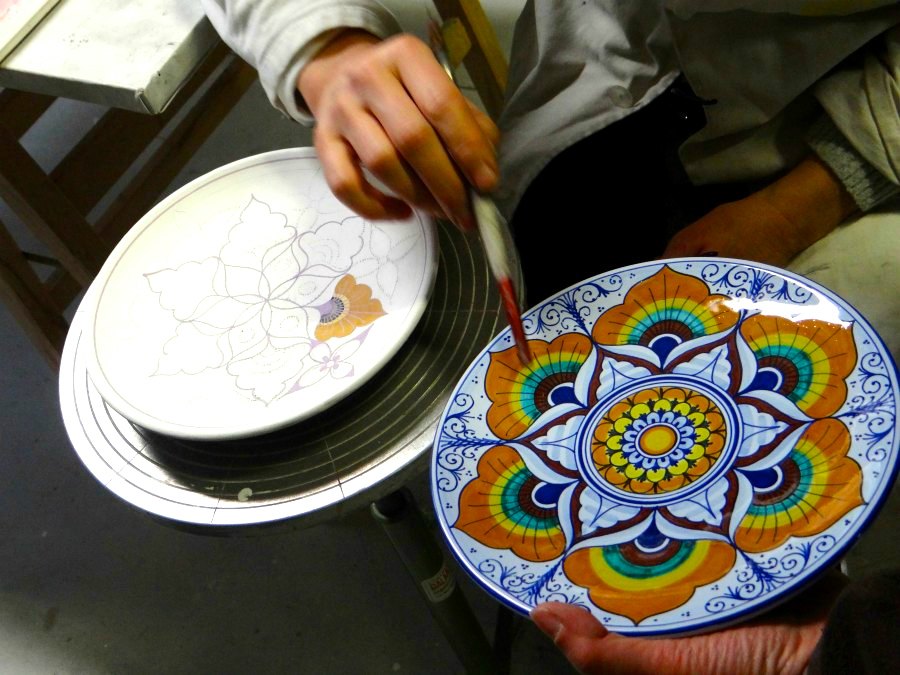 Getting Crafty in Emilia-Romagna

Italy is almost synonymous with food and that’s especially true in the Emilia-Romagna region. During the course of the week, I had the chance to get crafty and I enjoyed every minute of it. Below are five of my favorite interactive experiences that I recommend for any bohemian traveler heading to Northern Italy. In a perfect world, I’d suggest spending three days in Bologna and then spending the remainder of the week driving through the region and staying at various agricultural spots, some of which I’ve mentioned below.

1) Learn the Art of Gelato-Making

Did you know that there’s an actual Gelato University? Well, I sure didn’t and this was easily the coolest thing I learned that day. The Carpigiani Gelato University and accompanying museum (former factory)  is located just outside of Bologna so it’s a quick drive away. I popped into the museum to get a feel for how much effort actually goes into making and selling gelato.

Course-wise, there are a few options and the scheduling is fairly flexible. Students need 150 hours of training (90 hours in the classroom, 30 hours of hands-on practice and 30 hours in the on-site Gelateria), and this is usually done over the course of four weeks. Don’t speak Italian? Don’t worry. Classes are offered in English and French as well. Plus, most of the students come from abroad.

If you can’t commit for a month, you can do what we did, which is an hour demonstration. Recognize that bright-eyed girl behind the counter? That’s me in all my Gelateria glory! Ever wondered why gelato tastes so different (better) than regular ice-cream? It comes down to three main factors: fat, air and serving temperature. Gelato is served slightly warmer than ice-cream, therefore making the texture softer and lighter.

2) Make Handmade Pasta of Every Shape and Size

If you’ve ever made handmade pasta, you know how much effort it requires and yet, during our class with Il Salotto Di Penelope, the time flew right by. The first thing I was surprised to learn is that you only need an egg and flower to make the dough for the noodles. Furthermore, depending on what region (in Italy) you are cooking, the percentage and type of flour varies. In Northern Italy, for example, more white flour is used plus an egg while in south and central Italy, water is used rather than an egg. semolina flour is rich with nutrients, which is why water can be a substitute.

Another thing I learned? Garlic was more common in the south of Italy because of the weather and therefore it was used as an antiseptic to keep veggies fresh for longer, whereas in north Italy, it was colder and not necessary. This is, of course, before refrigerators existed. Oh, and do you know the difference between tortellini and tortelloni? Tortellini is smaller in size and must be stuffed with meat while tortelloni is larger and has a cheese or vegetarian filling. Tortelloni is often served in a broth or cream sauce and tortelloni is served in a light butter or sage sauce.

Interested in taking the same class that I did? Their cooking school offers classes for 6-8 people maximum and if you have a smaller group, that works too. Bigger groups are also possible but just let the owners know this ahead of time. Run by two women, one from Milan and the other from Bologna, classes cost 80 Euros for the morning session (served lunch) and 85 Euros for lunch (served dinner). On the weekends, the price goes up to 90 Euros. Wine is also included and you eat exactly what you prepare in class. In our case, that was three different pasta dishes.

3) Savor the Flavors of Piadina

Next up on our culinary tour was an afternoon cooking class at Azienda Agrituristica La Sabbiona with the fabulous Serena. Depending on how much time you have, it might be worth it to spend a night here. La Sabbiona serves as a small bed and breakfast built on vineyard and although I did not sleep here, the accommodations are simple and affordable and the scenery is peaceful.

Ok, onto our cooking class. We learned how to make Piadina, a thin flatbread that is very typical of the Emilia-Romagna region. The delicious bread is typically made with white flour, lard or olive oil, salt and water but Serena had her own take on the classic recipe. She also throws in milk, baking soda, cream of tarter and a splash of white wine. After our three-hour pasta class the day before, I felt more confident with my cooking abilities this time around. The Piadina doesn’t require much prep time and they are best eaten hot off the grill.

Serena suggests signing up for three lessons to learn different styles of Italian cooking but it’s also completely worth it just to do one.  Lessons are generally prepared for 6-16 people so that each student has ample one-on-one time learning from Serena. Another perk of taking a class here is that you can tour the vineyards as well and even sample some of their locally grown wines.