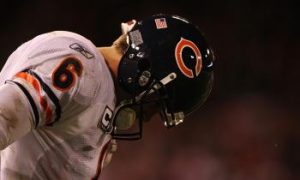 By Rosemarie Frühauf
Print
"That´s a bit more information than I needed," Uma Thurman says to John Travolta in Tarantino's cult and classic film "Pulp Fiction." Ms. Thurman is suggesting that the fine line of discretion that separates one’s own private sphere from one’s neighbor has been crossed. Few have described this transgression more memorably.

To give the master of discretion transgression, Spanish director Calixto Bieito, a "decent" welcome for his debut in Munich, the Bavarian State Opera (BSO) recently came up with something special: The poster for the new production of Beethoven´s "Fidelio" shows a naked, bald headed man with a striking similarity to director Bieito.

In the illustration he is pulling on one of two dead harlequins hanging down like marionettes.

Then, in an allusion to the director’s scandalous reputation (as Bieito is notorious for his penchant for naked skin on stage) the image features his manhood, neither concealed, nor rendered with classical tactfulness. Rather it is boldly drawn, in overly large, naughty detail.

What is the message here? Naked Bieto is performing as the puppeteer of Munich´s new "Fidelio" and has killed it?

That seems the only fitting interpretation for there is no connection between this poster and Beethoven´s "Fidelio." The story is about selfless bravery and marital love—which no one could guess from the illustration.

The poster excels in just one aspect: It titillates the viewer to grab their attention and stroke their baser impulses.

The illustration is still featured prominently on BSO’s Facebook blog. It was put up not only in Maximilian Street around the opera house, but in almost every underground train station of the city. There the little and adult children of the planet could see it and have it seep into their brains.

The sensibility that something might be not right here, that delicate line of discretion transgressed, has been rubbed away once again.

Made Possible by "Artistic Freedom"

Absolutely no other kind of product could be advertised with a campaign like this. As far as I know, only one German brand, one for for preservatives, relies on male genitalia as a logo and it is stylized. Not even Chippendale—who still know the value of fig leaves—would dare.

But the Bavarian State Opera can do it: It´s art, baby!

So why has no one expressed their outrage? The border between good taste and bad has been worn so thin that we rarely feel ashamed for others; this noble kind of empathy has turned into resignation.

The fact that opera is a highly demanding art form and that it often has been the last stronghold to protect all that is heroic means that good taste has survived there relatively longer than in other arts.

But these days are sadly gone, at least in Germany, as a view back into the last weeks of 2010 reveals.

In November and December 2010, I watched three new productions, where solo singers had to perform their arias while they disrobed or got dressed. These occurred in different theaters, by the way, and were always justified by dramaturgy, somehow.