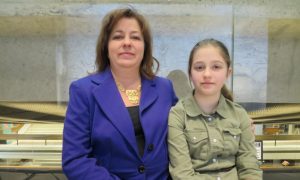 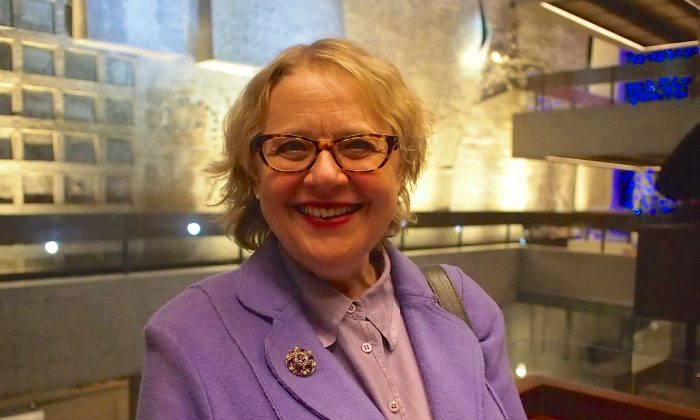 QUEBEC CITY, Canada—Shen Yun Performing Arts wrapped up its two-night stop in the provincial capital in front of a full house on Tuesday at the Grand Théâtre de Québec. In the audience that night was gemologist Jocelyne Rouleau who praised the beauty of the traditional Chinese culture.

“It’s really a feast for the eyes, the ears, for the soul,” she said. “We learn the Chinese culture well.”

Ms. Rouleau felt tremendous pleasure in seeing the performance calling it “extraordinary” and “refined.” A diamond-gemologist, she owns a gemology laboratory. She specializes in antique jewellery and runs her own business in Quebec City called “La Boîte à Bijoux.”

Perhaps not surprisingly, Ms. Rouleau loved the costumes and the props of Shen Yun’s dancers, noting the artistry of the colour combinations.

One performance in particular caught her attention—the ethnic dance In a Village of the Hmong, where young ladies wear elaborate silver jewellery that jingles as they dance.

“So nice, so nice, the facings in silver—and we hear the sound the metal produces. It’s charming,” she said.

Shen Yun takes the audience on a memorable journey through 5,000 years of civilization through the medium of classical Chinese dance as well as folk and ethnic dance. An orchestra blending traditional Chinese instruments such as the pipa and erhu, with Western classical instruments enhances the experience.

“It speaks to all our senses. The emotion is one of pleasure, of relaxation following such a beautiful performance. It’s rare that we can see so much talent on one stage,” she said.

Ms. Roleau also enjoyed the representation of divine beings and Buddhas in the heavens with the orange colours, which she recognized.

Established in 2006 by overseas Chinese artists, Shen Yun has set out to revive what is believed to be China’s divinely inspired culture, growing rapidly to four companies that are now touring simultaneously.

Ms. Rouleau found it interesting that Shen Yun is a non-profit organization. It piqued her curiosity.

“I’ll surely go to their website to find out more about this company that goes all over the world,” she said.

“It’s a beautiful show that I would see again anytime.”