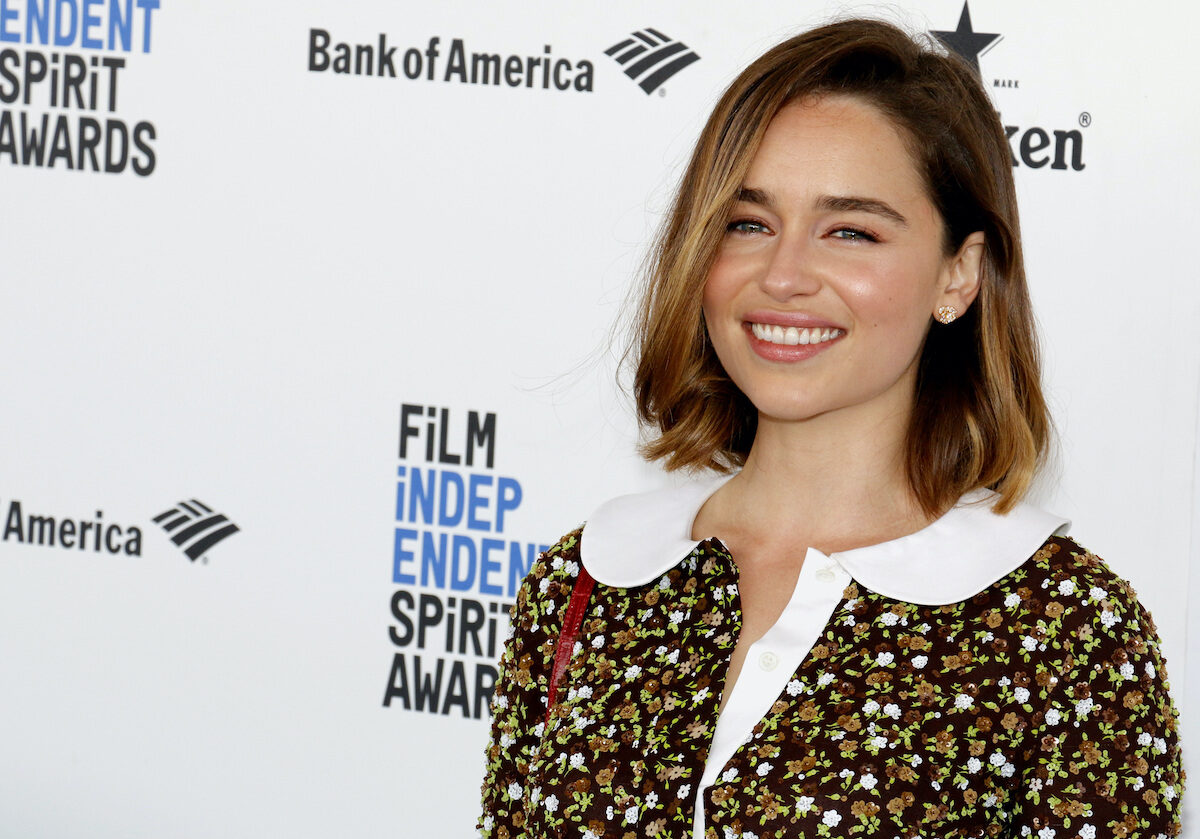 The brain is constantly growing and adapting, which is great news for those who suffer traumatic brain injury. (Tinseltown/Shutterstock)
Brain Health

Game of Thrones Star Emilia Clarke Is Missing ‘Quite a Bit’ of Her Brain. How Can People Survive and Thrive After Brain Injury?

In a recent interview, “Game of Thrones” star Emilia Clarke spoke about being able to live “completely normally” after two aneurysms—one in 2011 and one in 2013—that caused brain injury. She went on to have two brain surgeries.

An aneurysm is a bulge or ballooning in the wall of a blood vessel, often accompanied by severe headache or pain.

So how can people survive and thrive despite having, as Clarke put it, “quite a bit missing” from their brain?

The key to understanding how brains can recover from trauma is that they are fantastically plastic— meaning our body’s supercomputer can reshape and remodel itself.

Brains can adapt and change in incredible ways. Yours is doing it right now as you form new memories.

It’s not that the brain has evolved to deal with brain trauma or stroke or aneurysms; our ancestors normally died when that happened and may not have gone on to reproduce. In fact, we evolved very thick skulls to try to prevent brain trauma from happening at all.

No, this neural plasticity is a result of our brains evolving to be learning machines. They allow us to adapt to changing environments, to facilitate learning, memory, and flexibility. This functionality also means the brain can adapt after certain injuries, finding new pathways to function.

A lot of organs wouldn’t recover at all after serious damage. But the brain keeps developing through life. At a microscopic level, you’re changing the brain to make new memories every day.

This extraordinary three pounds (1.5 kg) of soft tissue sitting in your skull—with more power and capacity than even the most powerful supercomputer—has an incredible ability to adapt.

What Does It Mean to Say Parts of the Brain Are ‘Missing’?

The brain needs a constant and steady supply of oxygenated blood. When it is injured—for example by an aneurysm, sudden impact against the inside of the skull, stroke, or surgery—oxygen supply can be interrupted.

Sometimes, a piece is surgically removed or a region dies off due to lack of oxygen.

For example, sometimes a person with epilepsy doesn’t respond to drugs. Thanks to extraordinary brain imaging techniques, we can potentially work out the exact place in the brain the seizure is starting and remove part of the brain.

So How Does the Brain Adapt After Injury?

Your brain has about 100 billion neurons and over a trillion synapses (a junction between two neurons, across which an electrical impulse is transmitted). They are constantly rewiring themselves in response to new experiences, to store and retrieve information.

With brain injury, the changes can be bigger; you get certain rewiring around the injury. These synapses can rearrange themselves to work around the damaged part.

Axons (long, threadlike parts of a nerve cell that can conduct electrical impulses) form nerve fibers that get sent out to new spots in response to signals they are getting from the damaged area.

But there’s another form of plasticity called neurogenesis. This involves little pockets in the brain where new neurons continue to be born throughout life. And there’s evidence that after brain injury these neural stem cells can be stimulated and migrate to the area of injury and make new neurons.

Neurorehabilitation might include physical rehabilitation and speech rehabilitation. And there is also research into using drugs to enhance neuroplasticity. That might also apply to slower forms of degeneration such as in Parkinson’s or Huntington’s disease.

As Clarke notes, not everyone has a significant recovery after traumatic brain injury; a lot of people experience ongoing disability.

Many factors affect the way the brain responds to rehabilitation, including the extent and position of the brain injury, genetics, lifestyle, and life history.

The textbook case was Phineas Gage, who was involved in an accident in the 1840s that saw a metal rod thrust through his head, destroying a large part of his frontal lobe. He was able to survive and recover but his personality changed.

What Can You Do to Give Your Brain Its Best Chance in Life?

I want to end with a message about the five factors of brain health:

Even though you can’t do anything about your genetics, you can change your lifestyle to give your brain its best chance and potentially slow down brain aging.

The healthier your brain is, the more likely it will be able to rewire itself and heal if injured, and be resilient to the negative aspects of brain aging, such as Alzheimer’s disease and other forms of dementia, so these can be delayed or prevented.

Anthony Hannan is a professor and head of epigenetics and neural plasticity at Florey Institute of Neuroscience and Mental Health in Australia. This article was originally published on The Conversation.