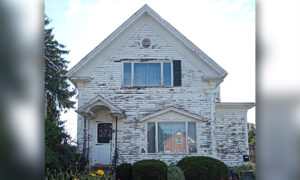 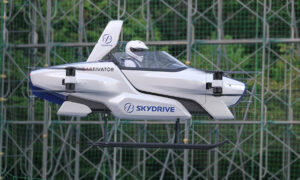 Toyota Successfully Tests Manned Flying Car for the First Time, Plans to Roll out in 2023
0 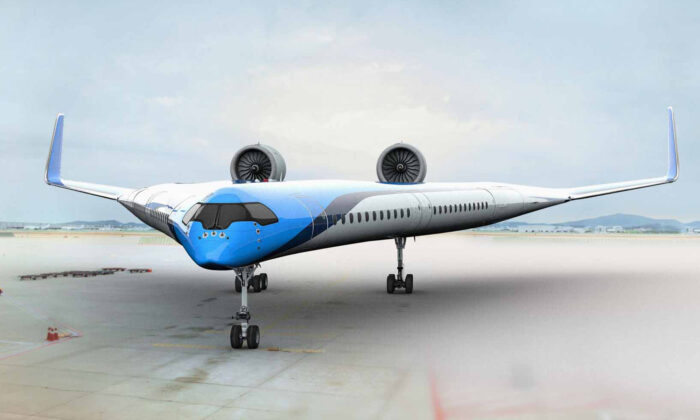 Futuristic ‘Flying-V’ Airplane Makes Successful Maiden Flight, to Be Tweaked for Passenger Use

Researchers have conducted a successful maiden flight of the “Flying-V,” a futuristic and fuel-efficient airplane that could one day carry passengers literally housed in its wings.

The Flying-V’s unique design places the passenger cabin, the cargo hold, and the fuel tanks in the wings, and experts hope that the plane’s aerodynamic shape will cut fuel consumption by 20 percent compared to today’s aircraft.

Experts tested a 22.5-kilogram (approx. 50-pound) 3-meter scale model of the futuristic airplane, developed by researchers at Delft University of Technology in the Netherlands and partner Dutch airline KLM, to take the highly anticipated aircraft along its next developmental steps.

A team of researchers and engineers tested the aircraft at a guarded airbase in Germany, where they worked with an Airbus team to test takeoffs, maneuvers and approaches, and landing.

“One of our worries was that the aircraft might have some difficulty lifting-off, since previous calculations had shown that ‘rotation’ could be an issue,” Roelof Vos, assistant professor at the aerospace engineering faculty of Delft’s University of Technology, who led the project, explained in a statement.

“The team optimized the scaled flight model to prevent the issue but the proof of the pudding is in the eating. You need to fly to know for sure,” he said.

Remotely controlling the aircraft, researchers managed takeoff at a speed of 80 km/h, while the aircraft’s flight speeds, angles, and thrust were as planned, they noted.

Experts worked hard to optimize the plane: in order to improve telemetry, the team was forced to change the aircraft’s center of gravity and adjust its antenna.

There is still work to be done to refine the aircraft before it could take to the skies with passengers aboard: researchers said that the test flight showed that the aircraft’s current design allows for too much “Dutch roll,” which causes a rough landing.

Experts plan to use the data collected from the test flight for an aerodynamic model of the aircraft, allowing them to program it in a flight simulator for future tests, and to improve flights. The team will conduct more tests on the model and hope to provide the Flying-V with sustainable propulsion, given that the design lends itself to carrying liquid hydrogen instead of kerosene.