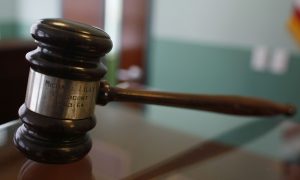 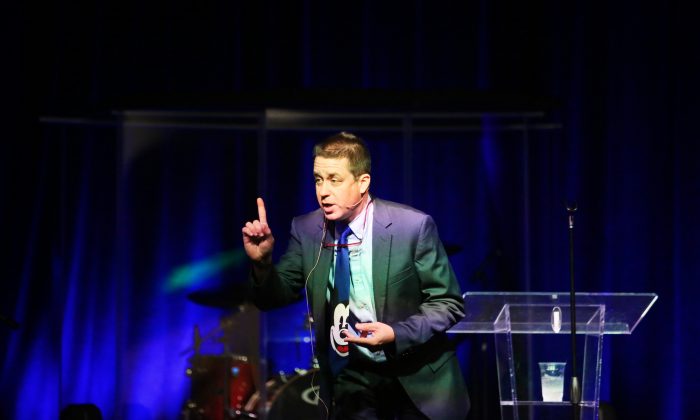 Full House: An Inside Look at Foster Care and Family

There are roughly 500,000 children in the foster care system at any given time in the United States. Many of these children come from abusive, neglectful homes while others are simply abandoned. One man from Monticello, Georgia has had over 55 children live at his house, and has provided what every child needs most: Love.

Dr. John DeGarmo and his wife Dr. Kelly DeGarmo were living in her native Sydney, Australia when they experienced a parent’s worst nightmare. Twenty-three years ago their first child passed away from a medical condition called Anencephaly in which the child is born without a fully formed brain and skull. His wife was in labor for 92 hours, and the child tragically passed away.

“I did not grieve properly. I was filled with a lot of anger and a lot of bitterness,” John DeGarmo told The Epoch Times.

Years later, the couple moved to the United Stated and DeGarmo started teaching at a rural high school. He noticed some of his students had issues with attendance, behavior, and academics. DeGarmo had the realization that a lot of his students’ problems were stemming from their home life or family background. That’s when he and his wife started to think about how they could help other children, in the aftermath of having so tragically lost their own years before.

DeGarmo and his wife started fostering children 16 years ago, and have since had over 55 children live in their home. For over a decade, the couple has opened their home to children who have suffered from severe trauma, anxiety, attachment issues, and mental health conditions. Often the children are scared and confused, and it takes some time to gain their trust.

“It is by far the most difficult job I’ve done, and the most rewarding thing I’ve ever done,” Dr. DeGarmo said.

After having so many children come through their home, the couple has had their fair share of indelible experiences. One girl had been adopted by three different families after her family had been killed in Romania. Over the course of nine years, each of those three families had sexually, physically, or emotionally abused her. When she came to live with the DeGarmos at age 17, she was silent and didn’t trust a soul. After providing a loving, stable home she was able to recover slowly but surely. Now she’s a 28-year-old caseworker with her own child.

There was another 14-year-old boy they had staying with them who was filled with a lot of anger. On Christmas Day he opened a present and it was a leather jacket. He asked if he could keep it, and when the DeGarmos resoundingly said of course, he broke into tears because nobody had ever given him a present before. The couple recently had a 15-year-old boy in their house. Dr. DeGarmo gave him a hug, and the child told him he felt something he had never felt before: “Loved.”

Recently, a family of five children came to the DeGarmo’s house. They had come from a home with no electricity, no running water, no heat or air, and no food. The floors and counters where they had been were invisible because they were covered with human and dog feces. When the kids came to them, their clothes were stapled together. Now, the kids are thriving and one of the them is in college.

Whenever a child arrives, DeGarmo understandably experiences a roller-coaster ride of emotions.

“For me as a foster parent I’m excited. I’m a little anxious. I’m nervous. I’m curious. I’m wondering why are they in care, how long will they be with my family for, how will they affect my own children. I have three biological and three adoptive, so I think how is this going to affect my whole family,” Dr. DeGarmo explained.

“As their father figure I love them with all of my heart, so that when they do leave, when they leave my house it breaks my heart. It breaks my heart,” Dr. DeGarmo said. “It may be for good reasons. Maybe they’re going back to their birth parents, and that could be a wonderful reunification. Maybe they’re being adopted by another family, and I rejoice in that and I celebrate that. At the same time I still do grieve because it’s like losing my own child.”

Several years after the loss of his own child, Dr. DeGarmo did learn how to grieve properly. It was this tragic loss that inspired him to help children in crisis. For each child that leaves his home, he grieves in a different way.

The DeGarmos have three of their own biological children, but they have also adopted three of the many children they have fostered. The first child they adopted came to them when she was just five days old with narcotics in her system because her mother was coping with drug addiction, and weighed only five pounds. They decided to adopt her after her biological parents lost their parental rights. She recently just celebrated her fifth birthday.

The other two are biological sisters and are third generation foster care children, meaning their grandparents and parents had been through the system. The first girl came to the DeGarmos when she was 18 months old after her mother abandoned her at a grocery store. The only words she knew were “Shut up” because that is all she had heard in her burgeoning, young life.

Now, she’s the sweetest girl, DeGarmo said. A year later, her sister was born, and the DeGarmos adopted her as well.

According to Dr. DeGarmo, a large part of the reason there are so many children in need of a home is the opioid epidemic. When the parent is hospitalized, incarcerated, or passes away the child has no place to go. Another large contributor is child sex trafficking, which creates a large population of kids in need of a loving home.

The DeGarmo’s are passionate parents, and have fostered up to 11 children at one time. Many of their former foster children return for Christmas, and last Christmas there were 23 children in the home.

It’s a lot to balance, but there are just not enough foster parents. The DeGarmo parents rely on each other, their own children, and their community as a team in order to make sure every child is taken care of and loved. The couple has also opened up a boy’s home called Never Too Late to help take on the amount of kids who need care.

It’s a myth that a foster parent needs to be wealthy and have a big house, DeGarmo said.  Most importantly, he stressed, is that foster children are not bad kids. They simply need to be loved.