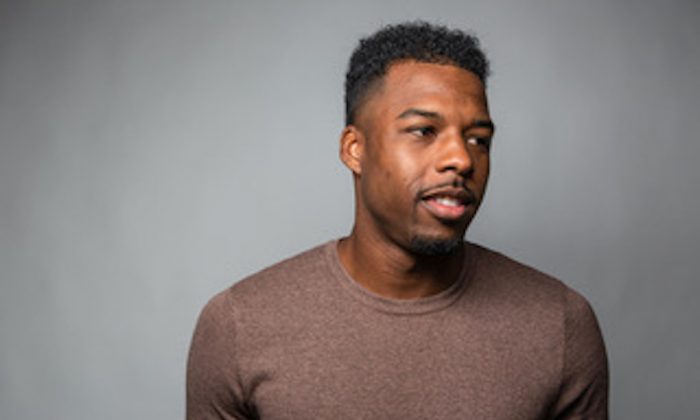 Collegiate and professional athletes are always under constant pressure to perform, and that kind of intensity can take a toll. What’s worse is that no matter how talented a player may be, certain aspects of the game are out of their control.

Carrick Felix had a rough childhood growing up in Phoenix, Arizona. He was always a shy, quiet kid and was enrolled in special education in school. Beginning in 2nd grade Felix was frequently bullied, and even disparaged by his teachers.

Basketball as an Escape

Felix didn’t know if the bullying would ever end, and it took an emotional toll on him. However, he would end up finding an escape through basketball in high school. He tried playing the game his freshman year, and he found that it helped him take his mind off of his problems in school and at home. Basketball allowed him to both vent frustration and be creative on the court.

At first he struggled to get his bearings, even scoring a basket for the opposing team during one of his first games. However, Felix applied himself and worked diligently on his technique. He stayed out of trouble, ran and worked out early in the morning, and often practiced late into the evening. By the time he was a senior he and his team won a state championship.

“I was able to use my hard work and the adversity I went through at a young age to figure out how to become college player, and then later down the road become a professional NBA player,” Felix explained.

After graduating high school and junior college, Felix began playing at Arizona State University in 2010 as a shooting guard and small forward. His first two years were difficult as he had developed some bad habits like partying that prevented him from succeeding on the court and in the classroom. However, he persevered and became a better and better player. His junior year, he played the game of his life when he and his team beat their rival, the University of Arizona, at home.

After the game, one of the assistant coaches chased him from the gym and stopped him. The coach looked at Felix and told him he could confide in him. At first Felix didn’t understand, but his coach told him he could tell that something was going on. Felix broke down in tears and told him that he was about to have a daughter. It was the first time he had shared that with anyone.

“That moment changed my life because I was able to finally open up and let people in, and by letting people in I was able to get help, and get help in a positive way, and change my habits. Honestly, that’s the best thing to ever happen to me is my daughter,” Felix recalled.

Felix was drafted into the NBA in 2013 by the Cleveland Cavaliers. That day his daughter was sick, and he didn’t know with any amount of certainty that he would get drafted. After the first round he had yet to be drafted. He pressed on anyway. During the second round, they called his name.

“It was such a cool moment. Again, it just shows you with the working hard, and doing the right things, and being consistent that you can achieve your goals,” Felix said.

Felix played with the Cleveland Cavaliers and a few other teams for the next several years. Unfortunately, despite his talent and work ethic he was injured in 2015. He was playing for the Golden State Warriors affiliate team, and went up to the basket for a dunk. Before he left the floor, he had put so much pressure on his planted foot that he tore his kneecap apart.

Doctors told him he would probably never play professional basketball ever again. He had two screws inserted into his knee, but after a year of rehabilitation they had come loose and he would need a second surgery.

“It was daunting just because at the time basketball was my identity. That’s all I knew. I didn’t know anything else. So without it in my mind I was thinking, who am I?” Felix said.

Nevertheless, Felix worked hard on his rehabilitation. He had good days and bad days, and the process was both physically and mentally taxing. Some days he felt great and other days he couldn’t lift his leg up because it was so swollen. He had figure out how to push through the pain, and readjust the way he walked, ran, and jumped. However, he was determined to play professionally again.

Two and a half years later, he was back in the NBA playing with the Brooklyn Nets affiliate team in 2017. Last year, he was able to make the Washington Wizards opening roster. He ended up finishing up his career in Australia before starting the next chapter of his life.

Now, Felix is a motivational speaker and shares his experience with at-risk youth. He has started in Phoenix, Arizona and plans on touring the country.

“Getting back to the NBA after everything I went through with my knee, it just showed me that I can accomplish anything I put my mind to,” he said.