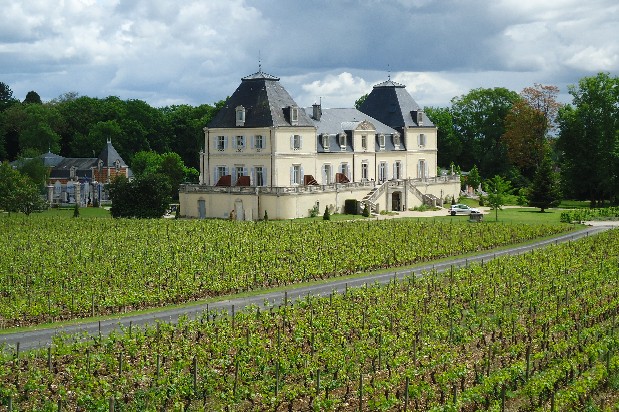 From Star to Star With Three Michelin Chefs

When British expat Clive Cummings decided to buy Abbaye de la Bussière, a 900-year-old Cistercian monastery in the heart of the Burgundian countryside, and turn it into a five-star hotel, the quality of the food was of primary importance. His chef, Olivier Elzer, won a Michelin star in 2007, the first year the abbey welcomed non-monkish guests. Elzer soon departed to work for the likes of Joël Robuchon, but chef Emmanuel Hébrard, who took over the kitchen, has kept the abbey’s Michelin star burning brightly above its signature restaurant.

At a meal there last month, each dish served was a perfectly balanced culinary adventure. Hébrard opened with richly flavored chicken oysters, the small bulbs of meat at the top of the chicken leg. Cooked with honey and ginger, he paired them with succulent bits of crayfish drizzled with horseradish cream. Tiny edible flowers and herbs garnished the rainbow of meats. The entrée that followed was a delicate turbot, the imperial fish of ancient Rome, served with mushrooms, tiny potato dumplings, and seasonal fresh asparagus.

Everywhere you go in Burgundy, next to the vineyards, stretch green fields of grazing cows with the occasional flock of sheep.  They produce some of the world’s finest cheeses, and the cheese trolley in Hébrard’s restaurant was truly sumptuous. Sampled with an Aloxe-Corton Premier Cru 2007, a nibble of two of the area’s signature cheeses, Epoisse and Aisy cendré was a satisfying experience.  Dessert was a confection of fresh strawberries and red wine sauce with a sheep’s milk yogurt that was pleasantly refreshing.

A short drive from the historic Burgundian town of Beaune are the tasting rooms of Domaine du Château de Cîteaux Philippe Bouzereau.  This establishment is set on a rise of land overlooking acres of vineyards flowing around historic houses. If the weather turns cloudy, as it did the day I was there, the picnic moves into an attractive stone-walled room but when the sun shines, the terraces and their umbrellas offer amazing views in all directions.

As part of the tasting process, Michelin-starred chef Laurent Peugeot has prepared a picnic (Le Pic-Nic) to set off the domaine’s wines grown from grape vineyards once given by the duke of Burgundy to the monks of Cîteaux. Visitors are offered a chic black bag of food typical of the French countryside while a knowledgeable expert explains the label’s wines.

In my bag I found tuna and salmon sandwiches, crusty rolls, a rich panna cotta flavored with bacon, salade plomb (tiny pasta pearls tossed with salmon), and a three-layered mousse of coconut and macadamia under caramel, topped by a chocolate nutella. Three cheeses from the local cheesemaker filled another tiny glass pot. For tasting, the winery offered two white Chardonnays, two red Pinot Noirs, and a crémant with the full-bodied Auxey-Duresses Premier Cru 2009 a standout.

If Burgundy produces sensational food, Michelin stars also shine down on its neighboring province, Champagne. At the Hostellerie de la Montagne in the village of Colombey-les-Deux-Eglises is the surprising Michelin-starred restaurant presided over by Jean-Baptiste Natali.

Surrounded by pastoral French countryside, Natali creates some delicious dishes from a wide variety of local produce. His velouté of cèpe mushrooms topped by a scoop of red cabbage ice cream was not only unexpected but had me scraping my bowl. The next course was like a puzzle. A sealed container opened to expose blanched asparagus en gelée meant to be scooped into a thick cold soup make from crème anglaise flavored with herbs. For me, the soup needed a bit more flavor to highlight the asparagus properly, but the presentation was imaginative.

It was asparagus season, so the chef’s tender piece of milk-fed veal was paired with baby asparagus tips, tiny onions, and fricasseed cèpes.

As in Burgundy, Champagne is a mecca for cheese, and the signature cheese of the region, Langres, is made from cow’s milk and has received an Appellation d’origine controlée, a French certification of geographical origin awarded to only 40 of France’s cheeses. Natali’s dessert took advantage of the local rhubarb crop and served it in red and green varieties, stewed whole with a rich crémeux à la Reine des Prés and pulped with sugar biscuits.

Like his compatriots and his countrymen, Natali takes his food seriously. He is one of a growing number of young chefs who have made the inns of the French countryside not only pleasant places to stop but offer unexpected adventures in eating.