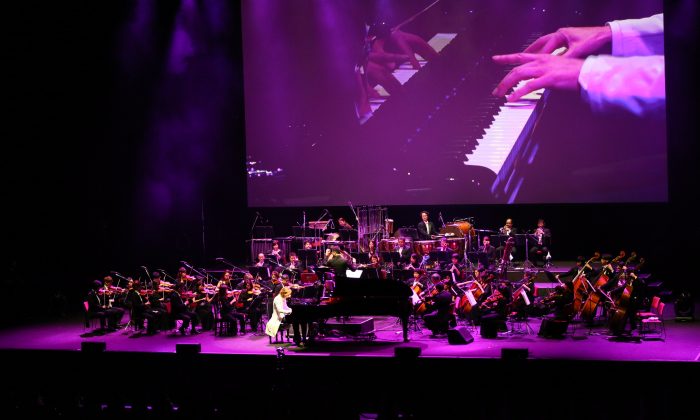 From Metal to Classical, Musician Journeys Toward What Grasps His Heart

When the Tokyo Philharmonic performs compositions by Beethoven and Tchaikovsky at Carnegie Hall on Jan. 12 and 13, the pianist taking center stage may be known to music lovers more for being a rock star.

Yoshiki Hayashi (known by his stage name Yoshiki) is the founder of Japan’s biggest rock and heavy metal band, X Japan. More recently, he has been exploring his musical roots by studying, composing, and performing classical music.

“I grew up playing classical music. I started playing piano at 4 years old,” Yoshiki said. His father was also a pianist, and though he played mostly jazz, Yoshiki remembers him buying vinyl records every month, of music by Beethoven, Schubert, and Mozart.

Yoshiki’s whole life was filled with classical music until, at age 10, his father committed suicide. He remembers feeling like crying and screaming at the time, and discovering rock music at that age. It became an outlet for him. Yoshiki took up the drums and has since had much success as a rock musician and later as a producer.

But throughout his career, Yoshiki found he could never give up classical music.

“The melodies are so beautiful, and it [classical music] has got a kind of depth to it,” Yoshiki said. He added that these are melodies that have stood the test of time, hundreds of years, and it still “really touches my heart, it just grasps my heart.”

Whenever he had time and a piano available, he found himself playing classical music on his own. It wasn’t really a conscious decision, he said, but he felt he couldn’t stop doing it.

Then in 1999, he was asked to write a theme to commemorate the 10th anniversary of the Japanese emperor’s reign, and he composed and performed a piano concerto. It was his first foray into writing a serious piece on such a large scale.

It led to him writing the theme for the World Expo when it was hosted in Japan in 2005, and then the theme for the Golden Globe Awards in 2012. It was at his agent’s suggestion that Yoshiki compiled his classical work into an album released in 2013, which includes collaborations with the London Philharmonic Orchestra, Tokyo City Philharmonic Orchestra, and Quartet San Francisco.

After the success of the 2013 album, Yoshiki’s agent suggested he do a world tour.

“I was very, very nervous,” Yoshiki said. His album had made it onto top 10 charts around the world, but he still considers himself more of a composer than a pianist.

“Themes, I can write anywhere. I just need a score and a pen,” Yoshiki said. He has been writing music since he was a child. He composes every day, often on planes because of his busy traveling schedule. But it takes more thought, time, and study to write something of a classical form, like a concerto or a symphony, he said.

But as he began to perform as a pianist, it became something he took more and more seriously. Classical music is an area Yoshiki wants to grow in. Given the time, he says there are many more endeavors related to classical music he would like to pursue. He has thought about taking a year or two off from his rock band to study and compose more for the piano.

The last time he performed in New York, Yoshiki said, was with X Japan at Madison Square Garden in 2014. While he was there, he remembers thinking how great it would be to one day perform classical music at Carnegie Hall, and he made it a life goal.

On Jan. 12 and 13, Yoshiki will play Tchaikovsky, Beethoven, and several of his own compositions with the Tokyo Philharmonic Orchestra.