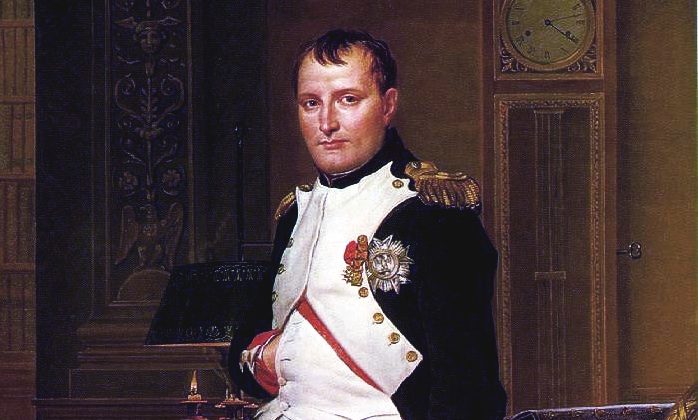 Napoleon Bonaparte was triskaidekaphobic, that is, he had a fear of the number 13. picture by Jacques-Louis David (Public domain)
Good to Know

13 Fascinating Facts About Friday the 13th

Though the belief that Friday the 13th is bad news can be dismissed as superstition, that doesn’t mean there’s nothing special or unusual about the day—even if it’s only because people believe it’s bad luck. And a lot of people do. Here are 13 fascinating facts about Friday 13th.

1. In an article in the British Medical Journal from 1993, a team led by T.J. Scanlon analyzed traffic patterns and admissions to hospitals on several Friday the 13ths, comparing the numbers to the preceding Friday. They found that although fewer people drive on Friday the 13th, there is as much as a 52 percent increase in hospital admissions for traffic accidents, compared to Friday the 6th.

2. If you have ever had something bad happen to you on a Friday the 13th, it will stand out in your mind more than all the uneventful Fridays 13ths before and after (of which there are likely many more), according to psychologist Thomas Gilovich of Cornell University, who spoke to Live Science last year about the superstition.

3. Paraskavedekatriaphobia is the proper term for the fear of Friday the 13th.

4. Fear of Friday the 13th is so prevalent in the United States that up to $900 million is lost due to an unwillingness to do business or fly, according to an estimate by the Stress Management Center and Phobia Institute, cited by Live Science.

7. There will also be three Friday the 13ths in 2015, but there won’t be the spooky 13-week intervals between them.

8. Buildings will sometimes skip the 13th floor, and even airports such as Chicago Midway and the Cleveland Airport skip the 13th gate.

9. Some airlines’ airplanes will also skip the 13th row, such as United and Alaska Airlines.

10. Napoleon was triskaidekaphobic, that is, he had a fear of the number 13.

11. One possible origin of 13 as unlucky has to do with a story in Norse mythology, where Odin invited 11 friends to dinner in Valhalla, but the party was crashed by Loki, the god of mischief, making it 13. (If you’ve seen the recent Thor or Avengers movies, it’s the same Loki.)

12. Paraskavedekatriaphobia is thought to be one of the most widespread fears in the United States.

14. Thirteen is actually a good number for pagans, because there are 13 lunar cycles in a year.