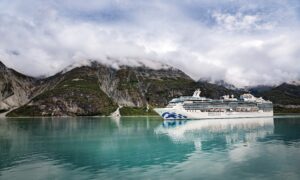 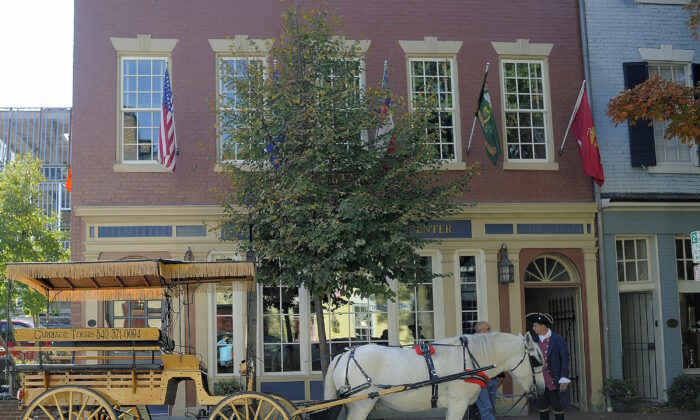 Few self-proclaimed “historic” towns around the country actually offer up much or even any truly significant history. Mostly, they’re about obscure local history, not very much that qualifies as American history.

Most commemorate events or persons that you would never come across on any real history test.

But little Fredericksburg, Virginia, is genuinely historic. No need for pretense in this town. It’s refreshingly real. When it comes to American history, nowhere else in small-town America will you find anything that compares.

Whenever I walk anywhere in the 40-block Fredericksburg Historic District, I try to imagine whose footsteps I might be following in. So many of our country’s truly great come quickly to mind, among them George Washington, Thomas Jefferson, James Madison, George Mason, James Monroe, Patrick Henry, John Paul Jones, Robert E. Lee, Stonewall Jackson, Abraham Lincoln.

Stroll down quaint, tree-lined Caroline Street, with its well-preserved 18th- and 19th-century buildings, and you have a sense that you are walking where they walked and seeing what they saw. True, the insides of these buildings have changed greatly—they now house a more modern array of boutiques, craft shops, antique stores, coffee shops, restaurants, and art galleries—but Fredericksburg has remarkably retained its colonial charm.

A walk through Fredericksburg is a journey back in time, a visit to three of the most defining eras in America’s history: the early colonial days when a new world unfolded; the days when ideas—then revolutionary—led us to become an independent country; and the days when a bloody war kept us together as a country.

“If you like American history, you’ve come to the right town,” Bill Beck tells me, as we stand chatting on the sidewalk in front of his store, “Beck’s Antiques & Books” on Caroline Street.

“Most Americans don’t realize it, but George Washington grew up right over there,” he says gesturing toward the nearby Rappahannock River, the narrow river that young George Washington crossed to come to town from Ferry Farm, the home and farm where he spent much of his early life.

“Just up the street here, where Weedon’s Tavern once stood, he tells me, “that’s where, in 1777 a committee of Virginians, notably Thomas Jefferson and George Mason, drafted the Virginia Statute of Religious Freedom. That’s the work that established the American principle of religious liberty and eventually evolved into our First Amendment guarantee of freedom of religion.”

“Ferry Farm was where George Washington spent his formative years. He lived there from age 6 to 16. This is where his roots are. This is a place he always enjoyed coming home to—and he did so often.”

He would still enjoy coming home to Fredericksburg. This little town (population 23,000) located halfway between Washington and Richmond remains today what it has always been—picturesque images of what most of us have in mind when we think of idyllic small-town America.

Much That Is Here Now Was Here Then

If he returned home for a visit today, George Washington would still recognize Fredericksburg. It’s surprising how much that is here now was here then.

The streets in this town that’s named for British Crown Prince Frederick, son of George II and father of George III (best remembered as the last king of the American colonies) still stand where they stood in Washington’s time. They still bear their original names honoring Frederick’s royal family.

Washington might head down Caroline Street to the spot at the corner of Amelia Street where one of his best friends, Dr. Hugh Mercer, the man to whom he sold Ferry Farm, had his doctor’s office and an apothecary shop. Mercer closed shop to go off to help his friend in the War of the Revolution. He became a general and a war hero, as later would his great-great-great-grandson, George S. Patton. Mercer died at the Battle of Princeton.

The Hugh Mercer Apothecary Shop, a small, green-shuttered clapboard Colonial, houses a fascinating museum that convincingly demonstrates just how primitive the practice of medicine was in the late 18th century and early 19th century.

Just a couple blocks further down Caroline Street is a place Washington would certainly have no difficulty recognizing. It’s a one-and-a-half-story clapboard colonial structure called The Rising Sun Tavern, built in 1760 by Washington’s youngest brother, Charles, to be his personal residence. In the early 1790s, his house became a tavern, a stagecoach stop, a post office, and pretty much Fredericksburg’s social gathering spot. The building has been restored and refurbished, but never structurally altered.

A mob-capped “wench” greets visitors and leads them on a tour that explains just how lacking in comfort even such a high-class tavern really was.

Another Fredericksburg landmark Washington would easily still recognize today is nearby Kenmore Plantation, the great Georgian mansion that Fielding Lewis, one of the Fredericksburg area’s wealthiest planters, built for his wife, Betty, Washington’s only sister. Washington himself is said to have played a role in building and furnishing it. The mansion has been lovingly restored.

Close by Kenmore is Mary Washington’s House, which Washington purchased for his mother in 1772 “to make her more comfortable and free from care.” She spent the last 17 years of her life in this house.

Before heading off to New York City for his inauguration as president, Washington made it a point to come first to Fredericksburg to pay his respects to his mother.

Fredericksburg was also home to another president—James Monroe. He moved here at age 28 to open his law office here. He began his political career as a member of the Fredericksburg city council.

Monroe stood for election to the first Congress under the new U.S. Constitution against the man who was the driving force behind that document—James Madison of nearby Orange. They often traveled together during that campaign, stopping here and there to debate their conflicting stands on the Constitution and other differences before small audiences, then traveling on together to their next debate. Monroe carried Fredericksburg, but Madison went to Congress. They became dear friends.

Monroe later resigned as governor of Virginia to become Madison’s secretary of state (for a while, he simultaneously served as his secretary of war) and from that position, followed Madison into the White House.

The James Monroe Museum and Memorial Library on Charles Street contains the nation’s largest collection of remembrances of Monroe’s extraordinary career, including the Louis XVI desk on which he signed the message to Congress that has come to be known as the Monroe Doctrine.

Everywhere you turn in Fredericksburg, you run smack into history.

Shops in town are filled with Civil War memorabilia. Fredericksburg and its surrounding area saw more Civil War fighting than any other comparable area in the nation, as well as some of the bloodiest.

Four major battles—Fredericksburg, Chancellorsville, Wilderness, and Spotsylvania Court House—drew the competing armies to this area located midway between the nation’s capital and the capital of the Confederacy.

It’s a wonder that the town still stood when the war ended.

You Can Picture the History

If your imagination is good enough, when you walk around Fredericksburg, great people and great events will flash across your mind.

Walk by Market Square and you can picture troops drilling for the War of the Revolution.

Take a closer look at some of the buildings you pass by, and images of fierce Civil War fighting come to mind, as you realize that, yes, those are cannonballs embedded there.

Look at the front steps of the building that over the past few years has been home to both Foode’s and Mercantile’s restaurants and for the preceding 200 years had housed the National Bank of Fredericksburg, and you can imagine what it was like on May 22, 1862, when President Abraham Lincoln stood there and addressed the Union troops and the citizens of what is even today still a very Southern town.

Robert E. Lee also did some courting in Fredericksburg. Like Washington and Madison and Monroe, he was born and raised not far from this town. But when you envision him, it’s more likely to be astride his horse Traveler, leading a column of Confederate soldiers through these streets, with his friend Thomas J. “Stonewall” Jackson riding along next to him.

It was at the Battle of Fredericksburg that Lee, looking out at the grand pageantry of war, uttered his famous observation: “It is well that we know how terrible war really is, else we would grow too fond of it.”

Too Many Treasures to Count

Walking around Fredericksburg one day, I come upon a row of townhouses that I have often passed by without taking any particular notice. This time, I notice the faded small plaque on the nondescript green house at the corner. I pause and read it. The plaque notes that this is the only home that John Paul Jones ever owned in America.

Any other “historic” town in the country would focus great attention on this building and boast of it as a major attraction.

Not Fredericksburg. No tour points it out. It isn’t identified on any tourist map of the town. None of the official tourism materials even mention it.

That says a great deal: While so many other places have to resort to puff and pretense to draw tourists to paltry “historic” sites, Fredericksburg, it seems, has such a rich abundance of real history that it doesn’t even bother to count all its treasures.