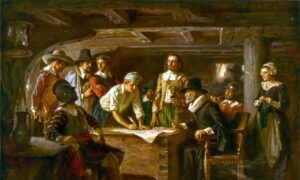 The Mayflower Compact: As an Idea, America Began in 1620, Not 1776
0
Share Now
TelegramFacebookTweetEmailTellMeWeReddit
Copy Link 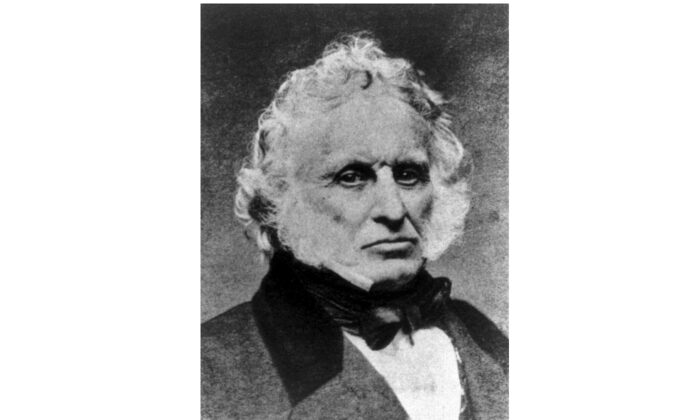 Frederic Tudor: The Entrepreneur Who Brought Ice to Calcutta

Frederic Tudor’s daring dream made him one of the richest Americans of his day. But his path to success was hardly guaranteed.
By Lawrence W. Reed
biggersmaller
Print

The year is 1806. You are 23 years old, living in New England, and searching for a way to make a fortune. You have already declined an opportunity to attend Harvard at your father’s expense because for the past 10 years, business was your fascination. Now out on your own, you need to settle on an established trade or start an altogether new one.

Here’s an idea: Cut giant ice blocks out of ponds in wintry Massachusetts and put them on a ship bound for some steamy-hot Caribbean islands, a journey of two weeks or more. There you will sell the ice to people who have probably never seen frozen water in their lives. After the natives get a taste of your ice, there will be no end to their demand for it. Go into debt to finance this because in the long run, it’s a sure thing!

All this is exactly what Frederic Tudor actually did in 1806. Many people questioned his sanity for it—until it eventually transformed him into one of the richest Americans of his day. He began a trade that did not previously exist, overcame long odds and the consensus that his idea could not work, and earned the famous moniker, “The Ice King.”

Entrepreneurs like Tudor are peculiar and fascinating. They see something nobody else sees and they possess the courage to act on it. They think big. They endure setbacks and failures, but they press on. The rest of us, I am convinced, do not fully appreciate the indispensable contributions they make to human progress. Without men and women willing to dream and take risks, life for the masses would surely still be—in the words of Thomas Hobbes—”nasty, brutish, and short,” just as it was for centuries until capitalism gave the entrepreneur a chance to succeed.

Frederic Tudor’s path to success was by no means easy or guaranteed. On the one hand, the ice itself was free since he carved it from his family’s pond. The sawdust he used to insulate the ice was also free, as lumber mills regarded it as waste; they were happy to have Tudor haul it away. He did not have to worry about competition at first because he was alone in the business. But he found, as entrepreneurs always do, that the task was easier said than done.

He sent his first shipload of ice to Martinique in 1806. What did not melt on the way, he was able to sell but at a loss of $4,500. His next three shipments went to Cuba, producing an even bigger loss. By 1812, he found himself in bankruptcy and in debtor’s prison, a laughingstock among the smug know-it-alls of Boston’s elite.

Delivering ice in hot spots reminds me of this old episode of “The Three Stooges.” (Start watching at 3:45.)

What happened next is best understood in light of Tudor’s own words, written on the cover of his first diary: “He who gives back at the first repulse and without striking the second blow, [and who] despairs of success, has never been, is not, and never will be a hero in war, love or business.”

He took his own advice and did not give up on his dream. Instead, he tackled it with renewed vigor, armed with the lessons he learned from early failures.

Ten years after his first, ill-fated ice venture, Tudor was earning a profit on regular shipments of ice to Cuba. His improvements in insulation and speedier voyages began to pay off. He developed profitable outlets for his ice in various cities in the southern U.S. as well. He still suffered occasional calamities, however. When he tried to bring fruit from the Caribbean back to New England, packed in unsold ice, it all rotted on ship before it could ever get to consumers.

Tudor really hit the jackpot in the 1830s when he decided to sell ice in Calcutta, India. Think of it—the 16,000-mile voyage to Calcutta required four months in those days. Tudor packed 180 tons of ice onto his first ship to India. Eighty tons melted on the way, but he still managed a profit when he sold the remainder. And for two decades thereafter, Tudor made a bundle shipping frozen water half-way around the world to thirsty Indians. He constantly experimented to discover better and cheaper ways to get the job done, and it made him a millionaire.

“From the time he first shipped lake ice to the West Indies in 1806 to the beginnings of the Calcutta trade in the 1830s, he clung to one conviction: people living in tropical climates would pay a good price for ice if they could get it. The inhabitants of Havana in Cuba, and the British sweltering in Calcutta, could make ice cream, cool their drinks, and relieve their suffering from fevers with ice harvested from the clear waters of New England’s many spring-fed ponds. They could even enjoy crisp Baldwin apples from the orchards of Massachusetts, and fresh churned butter, which Tudor packed in barrels and stowed alongside the ice.”

The story of Frederic Tudor the Ice King is slightly marred by one flaw: In some tropical destinations, he tried to get local governments to ensure him a monopoly on ice sales and sometimes he got it. It takes two to tango in that dirty business, however, so if you fault Tudor for seeking such advantages, be sure to equally fault governments for assuming the power to sell them. By and large, however, Tudor stands as a remarkable genius of market entrepreneurship. His success ultimately depended far more on making the lives of ordinary people better than it did on securing a temporary favor from politicians.

Tudor died in 1864 at the age of 80. The ice trade he had founded was, by then, a thriving worldwide business full of rival firms competing to sell ice to places as far-flung as Hong Kong and Sao Paulo. With the advent of ice-making machines in the early 20th century, no more fortunes were to be made by shipping the stuff across oceans. The ice trade on the high seas was history.

Carl Seaburg and Stanley Paterson concluded their 2003 biography of Tudor by noting “the enormous contribution that Frederic made to the everyday society of his time”:

“By showing that it was possible to transport ice great distances, by educating people to its value in the preservation of food, by introducing them to foods from other climate zones, he spawned a whole new source of revenue for himself and others. He wanted to monopolize the whole system, but that was proved impossible. After all, he did not invent ice. He only took it out of ponds and transported it to where it did not occur naturally.”

I enjoy reading and writing about risk-taking wealth creators like Frederic Tudor, but I shudder at the thought of putting my own money where his dream was in 1806. I’m just grateful that he didn’t have to wait for approval from me or from anybody else to give it a whirl.

“Refrigeration Nation: A History of Ice, Appliances and Enterprise in America” by Jonathan Rees

“The Ice King: Frederic Tudor and His Circle” by Carl Seaburg and Stanley Paterson

“The Ice Trade Between America and India” (in Mechanics’ Magazine, 1836)

“Graduates: So You Want to be an Entrepreneur?” by Lawrence W. Reed

“Competition and Monopoly: A Refresher” by Lawrence W. Reed

Lawrence W. Reed is FEE’s President Emeritus, Humphreys Family Senior Fellow, and Ron Manners Global Ambassador for Liberty, having served for nearly 11 years as FEE’s president (2008-2019). He is author of the 2020 book, “Was Jesus a Socialist?” as well as “Real Heroes: Incredible True Stories of Courage, Character, and Conviction” and “Excuse Me, Professor: Challenging the Myths of Progressivism.” Follow on LinkedIn and Twitter and Like his public figure page on Facebook. His website is LawrenceWReed.com.
This article was originally published on FEE.org.
TOP NEWS