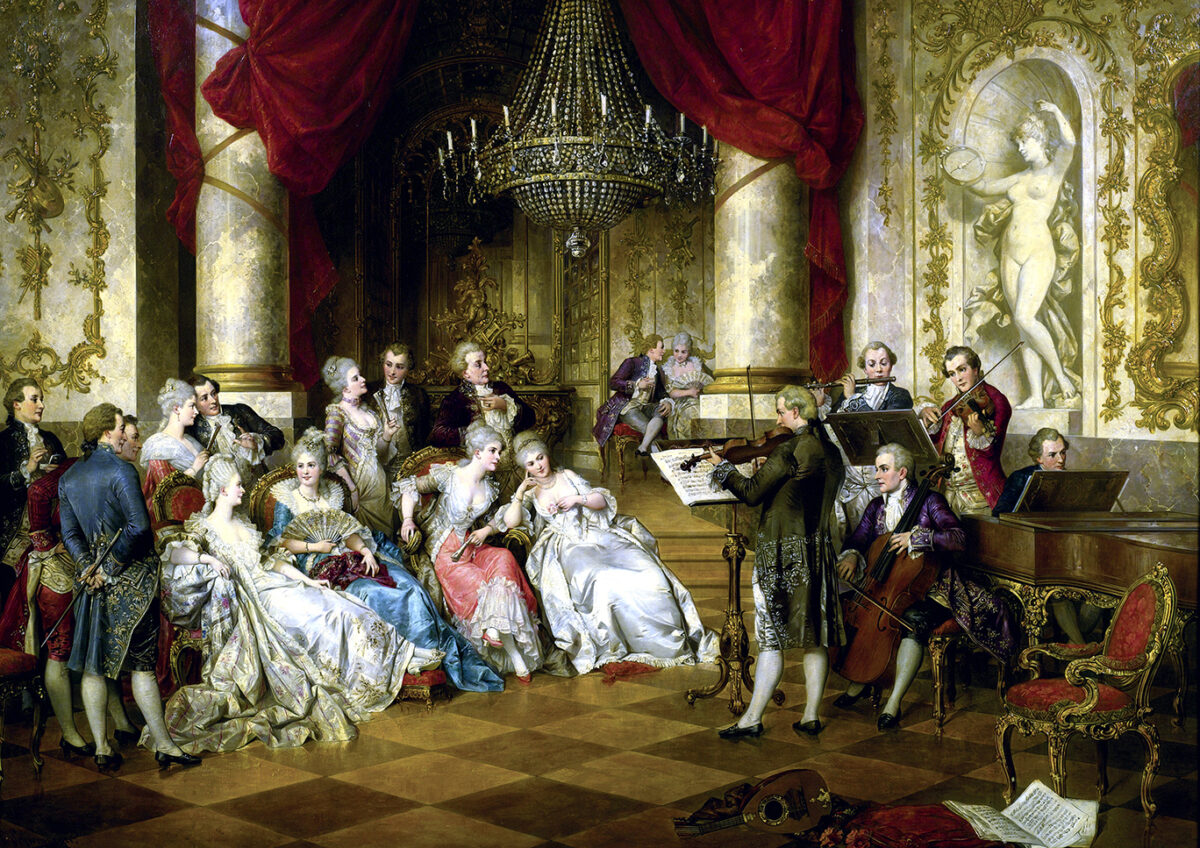 Franz Schubert and the Pathway to Romanticism

The story of Austrian composer Franz Schubert (1797–1828) was one of the most tragic in classical music. When historians look back on his work, they view it equal in every measure to that of Mozart, Bach, and Beethoven. Apart from a few composers of that time (Schumann, Liszt, and Brahms) who found and championed his compositions, Schubert might have been completely overlooked for the genius he was.

This was undoubtedly due to the fact that Schubert died at 31 years of age, eight months after his first and only public performance in 1828. It wasn’t until after his death that this vast treasure trove of music was discovered. Of course, by then Schubert wasn’t around to experience the recognition he deserved.

It’s actually a testament to his genius that the work lived on. Schubert’s first formal music teacher, Michael Holzer, who was the organist and choirmaster of Lichtental Parish Church, remarked that he could find nothing to teach the child; he was left to regard him in “astonishment and silence.”

It is not such a tragedy for listeners today. We still have his wonderful music to explore. However, we might wonder how Schubert would have felt if he’d known the many hearts his music would touch.

I am a real fan of piano sonatas. With solo piano, there is nowhere to hide. Without the cover of an orchestra, the details of every part—melody, counterpoint, harmony, and rhythm—are all exposed. The genius of the work is thus revealed, as well as the personality of the composer. Every note is a clue to who the writer is.

Schubert, a shy and retiring gentleman, was full of mischief, mystery, and wonder. His piano sonatas are an incredible contribution to our heritage and reveal him as a man with a limitless interior landscape of emotion. There is enough polite, baroque gaiety to enjoy, but on closer examination, Schubert’s sonatas reveal sensitively expressed romance, pathos, and yearning.

The Fantasy in C, Op. 15, more commonly known as the “Wanderer” Fantasy, was written for solo piano in 1822, and is one of Schubert’s most well-known and frequently performed works. It is considered one of the greatest compositions in the entire piano repertoire. This four-movement fantasy is linked by a unifying theme with each movement flowing into the next, starting with a variation of the opening phrase from a former composition “Der Wanderer.” This lied (poem set to music) was originally composed in 1816 for piano and voice with lyrics and title derived from a poem by Georg Philipp Schmidt von Lübeck.

The “Wanderer” Fantasy is considered his most challenging work; he is quoted to have barely the ability to play it himself. Composed during the post-Enlightenment, the fantasy alludes to the onset of changing tastes—the complexity, the sense of searching, and his contemporary time itself. Musically it is incredible; as a cultural reference, it is absolutely magnetic.

In the song, the wanderer seeks a distant paradise but cannot find it anywhere among men: “Where are you, my dear land? Sought and brought to mind, yet never known. …” Searching for happiness, the wanderer asks, “where?” and a ghostly breath answers, “There, where you are not, there is your happiness.”

The “Wanderer” Fantasy broke away from the classical form in that it was created to be performed without a break between the movements. Both the virtuosity and structure captivated other Romantic era composers, most intently the Hungarian composer Franz Liszt, who transcribed it for piano and orchestra. Editing Schubert’s original score, Liszt rearranged the final movement and added alternative passages into the fantasy.

There are over 900 works by Schubert to explore, ranging from traditional Viennese waltzes like the dreamscape “Serenade” for full orchestra, viola, or cello to his poetic lieder. “Erlkönig” (translated as “king of the fairies”) is one of Schubert’s more preeminent lieder. Set to Johann Wolfgang von Goethe’s poem of the same name, it is a dramatic and challenging composition that is widely regarded as a masterpiece of the early Romantic era.

The lied tells the story of a father who swiftly rides home on horseback, holding his anxious and feverish son. As the story unfolds, the child experiences “hallucinations” of the malevolent spirit of the Erlking (personification of death) that tries to lure the boy. As they race through the forest, the frightened father tries to console his child by defining the supernatural experiences as mere natural causes: a streak of fog, rustling leaves, and the shimmering willows. When they reach home, the father discovers that his son has died.

Schubert was only 18 years of age when he created this evocative and theatrical composition in 1815. Composed for vocals and piano accompaniment, the song features four characters—narrator, father, son, and the Erlking—all sung by a single vocalist. All characters are sung in the minor key except the Erlking, whose character is sung in the major key.

You will also hear the seeds of the dramatic use of piano that would later accompany many of the first black-and-white movie melodramas. The piano simulates the galloping of horse hooves with a distinct triplet passage and leitmotif bassline (recurring musical theme).

‘Death and the Maiden’

String Quartet No. 14, also known as “Death and the Maiden,” was composed in 1824 after Schubert learned of his imminent death. The quartet was inspired by one of his earlier lieder, using the same title, and was originally set to a poem by German poet Matthias Claudius. The theme of the quartet is a death toll about the terror of dying and the hopeful anticipation of the comfort and peace that follows. In the dialogue between the maiden and death, the young woman fearfully casts death away, crying out: “Go, savage man of bone! I am still young—go!”

The verse sung by “Death” in Schubert’s lied reads:

“Give me your hand, you fair and tender creature;
I am a friend and do not come to punish you.
Be of good cheer! I am not savage,
Gently you will sleep in my arms.”

Despite Schubert’s illness and depression, he continued to write tuneful, light music that evoked warmth and comfort. The String Quartet No. 14 was first played privately in 1826 and not published until 1831, three years after his death.

If there was any doubt about Schubert’s pure emotionality, the drama of the “Unfinished Symphony,” also known as Symphony No. 8, will quickly dispel all doubts. Although the symphony is missing its finale, which would complete the musical form, it is not lacking in any other sense.

Due to the lyrical drive of the dramatic structure, the unfinished Symphony No. 8 is often referred to as the very first Romantic symphony, which cements Schubert’s place in the annals of music history. The bold symphonic scope of Schubert’s music as well as its dramatic power and emotional tension celebrate him as a “romantic” who influenced the next group of musical legends such as Franz Liszt and Richard Strauss.

It’s easy to see why his work is considered in the same league as the works of Mozart, Bach, or Beethoven. Schubert’s compositions are still being discovered by audiences that appreciate its depth and emotive expression. I just wish he had known that we would still know his name almost 200 years later.