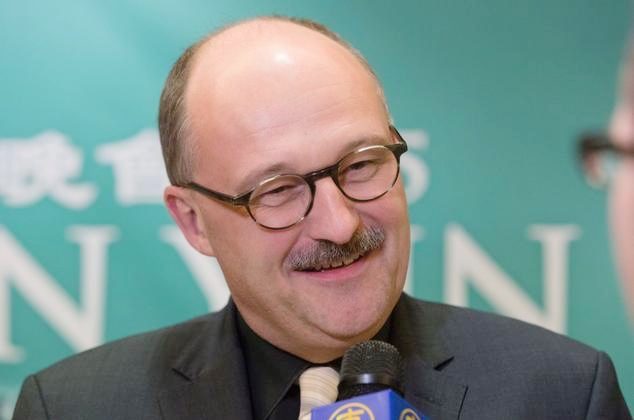 FRANKFURT—Just as it has done in the past, Frankfurt’s Jahrhunderthalle hosted the 2015 Shen Yun Performing Arts performances from March 13 to 16.

Audiences throughout the world have given Shen Yun great reviews, including “exquisitely beautiful,” “mesmerizing,” “eye-opening” and “a must-see.”

Some people have seen the show year-after-year and ask when will the next performance come to their venue. People from every background, actors, fashion leaders, government VIPs, and international celebrities attend Shen Yun.

Mr. Michael Meister, parliamentary state secretary at the Federal Ministry of Finance, and his family have seen Shen Yun at least five times and they won’t miss it in 2016 either.

According to Shen Yun, “all performance dates, times, prices, and theater information are posted on our website as soon as the information is available. Soon, you will also be able to use our “Notify Me” tool to receive an automatic notification before we next come to your city.”

Mr. Meister said, “Shen Yun is perfection in everything: the dancing, the songs and the music. The harmony between performers is of the highest degree.”

“One feels without doubt the deep meaning that is imparted by the dances and the songs.”

Shen Yun is the world’s foremost company of classical Chinese dance. It is accompanied by an live orchestra. Interspersed between the short dances are solo vocalists and instrumental performances.

“I will return home feeling less stressed, more at ease, and [with] a serenity I won’t experience from anything else I can think of. Besides, I will reflect upon what I have seen for a while and know that it will help me understand myself more deeply.”

Worth it Despite Four Hours Trip Due to Traffic Jam

Ms. Carmen Ihm, an attorney, Ms. Alessa Weiss and Mr. Rainer Hungliner were in the audience at the Jahrhunderthalle.

Ms. Weis said, “It took us four hours to get here, because of a traffic jam, but it was worth it. I definitely can say that this show is fantastic.”

“I’m excited for having seen this show. It’s superb. The colors were fantastic, the synchronization was amazing and the dances are something to cherish.”

In ancient Chinese culture it is said that good is rewarded with good, and evil with evil, “This was clearly depicted during the show. I myself am certain that one has to do good to receive something good. If one lives by that principle, one has the right perspective on life.”

According to Shen Yun, “Through the universal language of music and dance, Shen Yun weaves a wondrous tapestry of heavenly realms, ancient legends, and modern heroic tales, taking you on a journey through 5,000 years of Chinese culture. Its stunning beauty and tremendous energy leave audiences uplifted and inspired.”

Reporting by NTD Television, Florian Godovits and Heide B. Malhotra