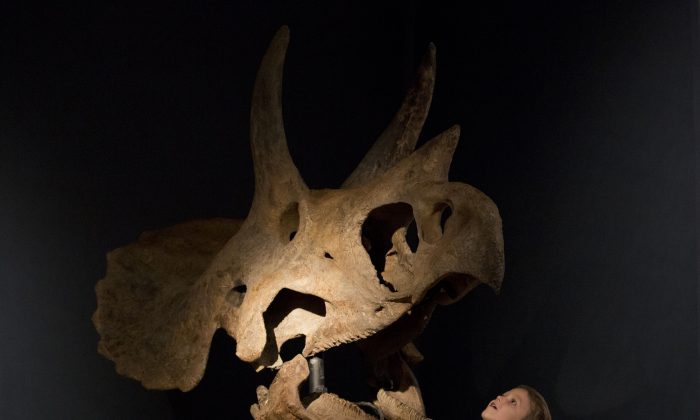 LONDON — Art lovers who can’t afford a painting by Francis Bacon can bid on the late artist’s paintbrushes at an auction of unusual items.

Bacon’s paintings have sold for as much as $86 million at auction.

Also among the 150 lots in Christie’s Out of the Ordinary sale: a rocking horse as tall as a house; a flying machine from Steven Spielberg’s “Young Sherlock Holmes”; a stuffed ostrich; and a Triceratops skull valued at between 150,000 pounds and 250,000 pounds.

The sale will be held Sept. 5 in London.