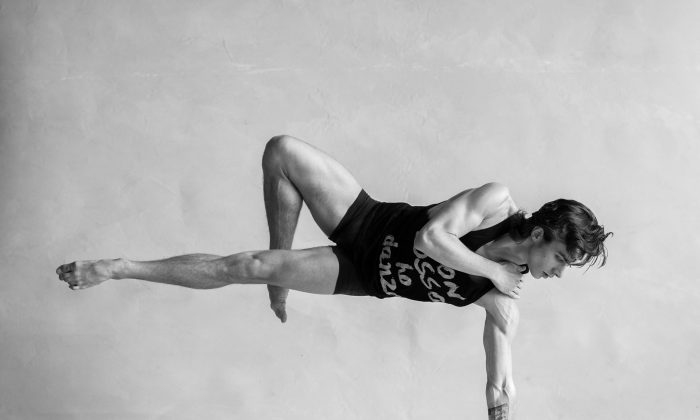 Ballet soloist embraces his love of dance
By Madalina Hubert

TORONTO—For National Ballet of Canada’s first soloist Francesco Gabriele Frola, the opportunity has come to dance one of the most special roles in the company’s repertoire—that of the Nutcracker in the popular ballet by the same name.

As the National Ballet’s most popular work, it attracts Torontonians in droves to enjoy the beloved holiday tradition each year. In fact, for most North American balletgoers, ever since choreographer George Balanchine premiered his version with the New York City Ballet in 1954, “The Nutcracker” has become a rite of passage. The ballet has since gone through several adaptations, including this version by Canadian choreographer James Kudelka, which the National Ballet has been performing since 1995.

Having grown up in Italy (he moved to Toronto six years ago), Frola didn’t experience this holiday tradition; in Europe “The Nutcracker” is among the classical ballet repertoire, but not connected to a particular season. But he soon came to realize that in Canada, going to see “The Nutcracker” with one’s family has become as much a tradition as decorating the Christmas tree together at home.

In Canada, going to see “The Nutcracker” with one’s family has become as much a tradition as decorating the Christmas tree together at home.

For Frola, the greatest treat in preparing for the performance has been dancing with the children in the production, which he says it reminds him of his own love of ballet and his enthusiasm for dancing with professional dancers as a child.

Frola, whose parents own a dance academy in Parma, Italy, has been dancing since he was  around 4 years old.  Yet it wasn’t until the age of 16 when he received a scholarship from the School of the Hamburg Ballet that he fully embraced the art form. Before that, he was sharing the love of dance with the love of soccer, dreaming of becoming both a professional ballet dancer and a soccer player.  He soon realized that wasn’t feasible.  However, at its heart, playing soccer was a way for him to be a kid, he says.

After a year in Germany, Frola went to study in Mexico at the Fomento Artistico Cordobés, and also started to participate in international ballet competitions where he won several prizes.

He says travelling around the world—he has visited more than 20 countries—has had a profound impact on him, incorporating different cultures in his life to make his own. “I think it’s really important for an artist to travel and understand people–how they live and what they do.”

His year in Mexico and two weeks in Cuba were particularly meaningful. “These two countries changed my life completely,” he says.

Seeing the poverty that a large segment of the population suffered made him appreciate his own circumstances.  “Especially in Cuba, people don’t have a lot, but you don’t see people sad on the street. I think that’s what really made me open my eyes,” he says.

Watching people find happiness and expressing it with abandon through music and dance helped him to better appreciate his job, Frola explains.

“When I was little I used to have a problem with acting onstage because I was scared of people judging me. … But then seeing these people—they just don’t care, they’re just happy. They don’t have for example the techniques I have in ballet but they don’t care, they just do it because they feel like it, they love it, and that’s what they want to do and they just do it.”

In the past couple of years, Frola has been assigned an increasing number of lead roles, winning praise for his dancing and his ability to become the character he is playing.

“I feel that’s really important. Also, to go onstage and feel calm. I’m not a guy who gets nervous  … but it’s important to become [the character], because if you’re too nervous, you lose it—you’re just a nervous guy onstage.

“I just want to tell the story,” he says.

The National Ballet of Canada’s production of “The Nutcracker” runs until Dec. 31 at Toronto’s Four Seasons Centre of the Performing Arts. Frola will perform the matinee of Dec. 28 and 30. For more information, visit: https://national.ballet.ca