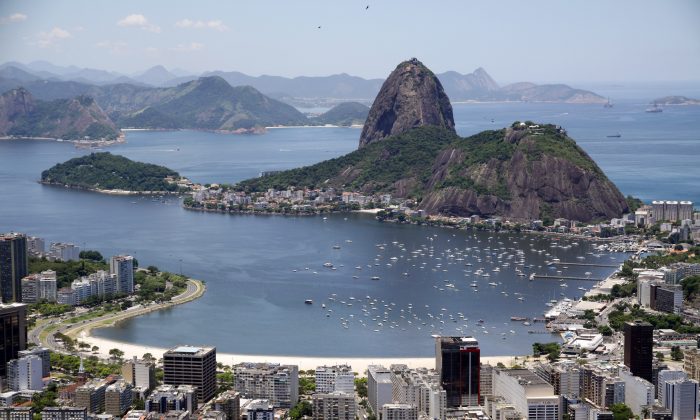 Four Days in My Rio

In Rio de Janeiro, the first day of December symbolizes the beginning of a long summer and the city becomes the theatre for a series of annual celebrations. From Carnival to New Year’s Eve, from Christmas to Easter, each day of celebration highlights the happiness, joy, and vitality of the Brazilian people.

The summer ends with the “Aguas de Março” (Waters of March). This is also the title of a song by famous Brazilian singers/songwriters Tom Jobim and Elis Regina. The song is named after the tropical rains always expected in March.

Rio is characterized by its untamable nature; sameness is not a word often used to describe this city.

Rio is characterized by its untamable nature; sameness is not a word often used to describe this city. Bordered by the Atlantic Ocean and coastal mountains, it is a forward-thinking city where classic architecture meets ambitious construction.

Sports and outdoor activities set the rhythm of Carioca life, and Rio boasts an impressive number of cinemas, theatres, and neighbourhood markets, which are simple and colourful and where you can expect a warm welcome.

Rio is also the only place where the visitor has the opportunity to leave the beach in late afternoon and attend an international ballet performance from the Scala, the Bolshoi, or the MET at the recently renovated Theatro Municipal, a resplendent building in the downtown area inspired by the Paris Opera of Garnier.

I lived in Rio for four years, from 2009 to 2012. The following are my recommendations for what to see and do on a four-day visit to this very special city.

Begin with the Theatro Municipal in Cinelândia, a major public square in the city centre, and walk through the well-preserved narrow streets of the old city and have a coffee at the Confeitaria Colombo on Rua Gonçalves Dias. The Confeitaria was established in 1894. It goes without saying that the coffee is made with freshly roasted beans from northern Brazil. You will delight in the choice of traditional pastries—for example, the Portuguese custard tart—you can have with your coffee.

Continue on to the Centro Cultural Banco do Brasil on Rua Alvares Penteado, where a good exhibition always awaits you. The CCBD is one of the top most visited museums in the world. Next, drop into one of the restaurant patios right on the corner and you will be served a large and well-deserved lunch.

In the afternoon, take the 20-minute tram ride from the Cosme Velho neighbourhood to Mount Corcovado, where the huge statue of Christ the Redeemer overlooks and protects the city from a height of 710 metres. This is a good spot to take pictures of some of Rio’s most renowned landmarks, such as the Sugarloaf Mountain, the marina, Copacabana beach, and the city centre.

In the morning, take the cablecar to the top of the Sugarloaf, which affords panoramic views of the city. After that, leave Rio via the Rio-Niterói Bridge—one of the longest bridges in the world—and head to Niterói. There you will find the UFO-shaped Niterói Contemporary Art Museum, built by Oscar Niemeyer in 1996.

The museum, which overlooks the city and Guanabara Bay, offers visitors a view of the most outstanding sunset possible.

Of course, a visit to Rio would have to include time spent at Ipanema beach, made famous by the 1960s song “The Girl from Ipanema.” Next, go for a browse through the boutiques of Rio’s trendy fashion designers in this chic neighborhood, and then stop by Zaza Bistro Tropical on Rua Joana Angelica, just a block from the beach with a view of the Morro Dois Irmãos (Two Brothers Hill).

Then take a cab to the Academia da Cachaça in Leblon and have a Caipirinha, Brazil’s national drink made with rum, sugar, and lemon. You won’t even need to mention the address to the driver, as the Academia is a true institution in town.

On your last day, take a tour through the Botanical Garden, which showcases the exceptional diversity of Brazilian flora and will welcome you with its magnificent high-rise palm alley. Next to the garden, the Parque Lage is a must-see. Located at the foot of the Corcovado, this public park boasts a former mansion that is now home to a visual arts school and a café. There, you can sit and enjoy a fresh-pressed mango juice or a swiss lemonade.

Having successfully hosted the FIFA World Cup last summer, Rio will host the Olympic Games in August 2016. This proves that this city knows how to perfectly combine the arts, culture, sports, simplicity, and lifestyle—for everyone.

To be consumed without moderation!

Ottawa-based Tristan Postal is the head of Maison France à Ottawa, which promotes the economic and cultural relationship between France and Canada. He is also completing a degree at the University of Ottawa.