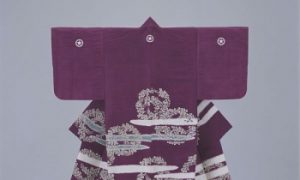 Founding Museum Curator: People of all Faiths Will Be Moved

Ms. Su was seeing Shen Yun for the second time. “Music, dance, and art is not expressed by words,” she said. “You don’t need to speak it, but you can feel its rhythm and body language. I believe anyone with any belief, as I’m a Catholic, will be moved by its artistry,” she added.

“From the artistic perspective, it was a representation of beauty, and had strong appeal. These young male [and female] performers were vigorous and brisk, graceful and beautiful,” she said.

Ms. Su praised the costumes, saying they were very elegant. "The colors were apt to the theme of the dance. Whether it was the Mongolian dance, the story of Journey to the West, or the scenery of southern China, the colors of the costumes were of a high standard. Overall, Shen Yun Performing Arts display quite a high level.”

Shen Yun also presents award-winning solo vocalists that perform with piano-accompaniment. Ms. Su said of the songs, “The lyrics were quite classical, but it’s good to be able to understand them with subtitles. They were concise and powerful.”

The program Our Story brings the focus to modern-day China and features the traditional practice of Falun Gong. In today's China, those who practice it are persecuted by the current regime. The teacher at the center of the story is taken away by state police for writing on a chalkboard the Chinese characters 'truth,' 'compassion,' and 'forbearance,' which are the central principles of Falun Gong. Although the teacher is killed for her beliefs, the dance ends on a strong note of justice and optimism.

Ms. Su said, “I think Falun Gong must be a great movement. You see there are so many people following the practice.” She said she admired the practitioners steadfast faith which touched her very much.

Dr. Su received her Ph.D. in France. As Taiwan's cultural dignitary, she was former head of International Cultural and Historical Relics in the National Palace Museum. She appreciated that Shen Yun artists could spread Chinese traditional culture around the world.