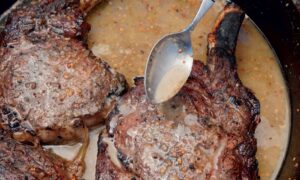 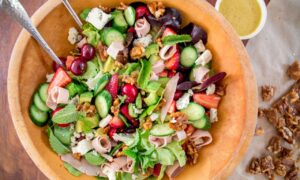 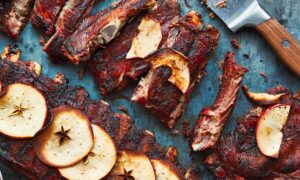 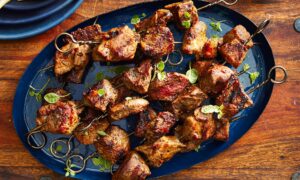 How to Grill Your Way Across America
0 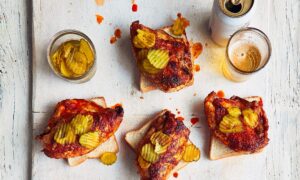 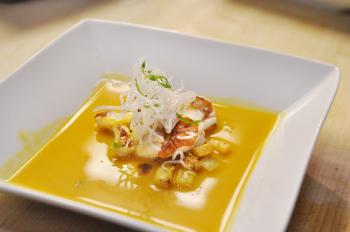 By Nadia Ghattas and Shar Adams
Print
NEW YORK—Even a few ingredients can become unique in the hands of a master chef—especially when he is the head chef of the White House.

For Walter Scheib, former White House chef during the Clinton and George W. Bush administrations, it’s all about flavor. His motto is: Try not to mask it, and perfection comes from nature.

“I still think that one of the greatest meals you can have is a ripe tomato you picked from your garden, or a peach you just picked from a tree,” said Scheib during a recent interview. “These beautiful God-given flavors—just do not goof it up. Leave it alone.”

Scheib’s style is driven by seasonal flavors. That was reflected in the eclectic White House menu that was served during a recent evening demonstration in the James Beard House, a West Village house of culinary legend. Each dish carried its own story. Each was brilliantly prepared. The ginger-poached lobster with red curried sweet potato soup was made for Chelsea Clinton.

Chelsea favored Southeast Asian flavors—lemongrass, ginger, and coconut milk—so the chef included those flavors in the recipe with an Arkansas staple, the sweet potato. “She liked this dish so much we called it her signature dish,” said Scheib.

Former British Prime Minister Tony Blair ate it with Chelsea and her parents at Camp David. “He said that he would want to have this when he visited the White House again.”

The daughters of President Bush challenged the chef’s staff with twice as many guests as expected. The White House cooking staff had gotten used to serving cookout food, salsas, and margaritas at pool parties for them. One weekend when their parents were away, the Bush girls asked for, not a 40-guest pool party, but a steak dinner for 80.

All he had was whole beef tenderloin. Instead of cutting it into small pieces, the staff smoked it in one piece to reduce shrinkage, made potato salad, and cut the corn off the cob for a sauce. Instead of salsa with tropical fruits, he made a Southwestern stir-fry topped with plantain chips.

“We took lime juice and tequila, poured it over honey and some jalapenos, cooked it down, and painted it on the beef,” said Scheib. This creative curve ball became the recipe for smoked tenderloin of beef with warm fruit salsa and roasted corn chipotle sauce.

The next morning,” Scheib says. “The girls came down to tell us how wonderful the meal was.”

She had it too often, was bored with it, and asked Scheib if he could do something different.

“We replaced the sugar with honey and folded in fresh lavender because she loved flowers and aroma,” said Scheib.

The Democratic part came from Bill Clinton’s favorite dessert: peach and berry cobbler. If you don’t like either parts of this bipartisan fare, Scheib says, “You are neither a Republican nor a Democrat [so] you are a communist, and we do not want to have anything to do with you.”

Scheib’s mother always compared food to life. “My mother used to say, ‘Cooking is like sinning. The day you are born is the closest to God.’ Something that is ripe, perfect, and picked off the tree is the closest to perfection as it’s ever going to be.”

He is well aware that even the greatest chef cannot outdo God’s creation. “Recognize that that peach is perfect. Let the peach be perfect [and] do not do anything to it.”

Walter Scheib is the founder of The American Chef and a partner in the Culinary Division of the Hershey Entertainment and Resorts Company. He is the author of The White House Chef.