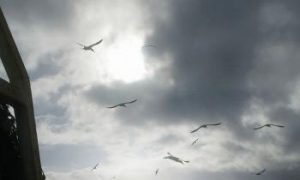 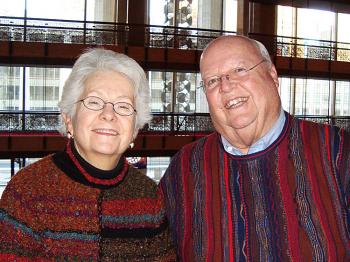 "It was a introduction into a whole first-time understanding about Chinese culture," he said, and marveled at the exquisiteness of the combination of Western and Chinese instruments in the orchestra.

Beyond the beauty of the event, he noted "the spirituality of the themes that pervade [Shen Yun]" throughout the evening and also the strong statement against certain events currently going on in China today.

Shen Yun aims to revive the 5,000-year-old Chinese culture that was all but destroyed under six decades of communist rule.

Three dances within Shen Yun touch upon modern events that unfold every day in China: the persecution of the practice Falun Dafa, a meditation discipline based on the principles of truthfulness, compassion, and tolerance.

Mr. Mertz's wife, Gail, loved "the color" in each dance piece. The performance has hundreds of handmade costumes with dazzling color that spans the spectrum.

"The talent of the dancers and the music—the music itself is lovely," she added. "It’s a very nice experience."

Classical Chinese dance is one of the most extensive and technically demanding types of dance in the world, according to Shen Yun's webite.

The dancers have to not only master the moves, but also the bearing as well as place emphasis on each dance's cultural background, the website adds.

With reporting by Pamela Tsai and Jack Phillips.

One of three companies touring the globe simultaneously, the Shen Yun Performing Arts New York Company travels next to Schenectady, NY, to perform at Proctors Theatre on Jan. 19, and then continues its tour to perform at The Kennedy Center Opera House in Washington D.C., Jan. 26-30.